The Midway neighborhood in St. Paul will see huge changes now that Allianz Field is set to open on Saturday. 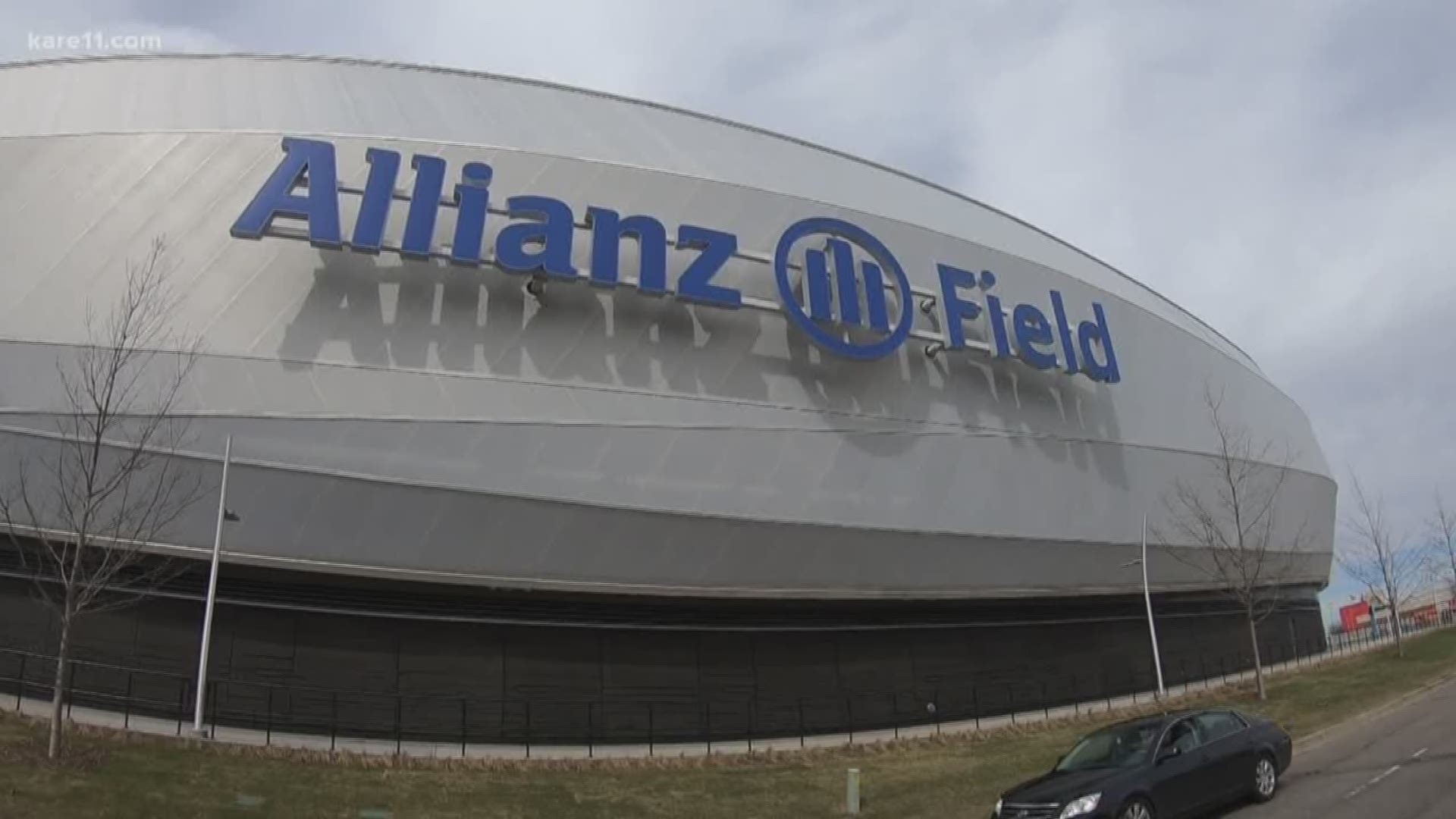 Minnesota United will play its first home soccer game at Allianz Field on Saturday at 4 p.m., in front of a national audience on ESPN.

The stadium, of course, is expecting a mad rush -- and so too are the business owners across the street.

"It's a great time to be in the Midway," said David Tolchiner, who has owned property along University for about a decade now. Three weeks ago, he took over a historic bar and renamed it Midway Saloon.

Just in time for soccer season.

"Bringing some of this neighborhood to life," Tolchiner said. "This stadium is a great catalyst for change."

Allianz Field, with a price tag of $250 million, is touted as perhaps the largest private development in the city's history. The stadium has already helped new bars sprout in the area, along with some planned apartment complexes.

Some neighbors, like Xavier McCoy, want to see that continue.

"It's a good thing to have that stadium here," McCoy said. "Before, there was absolutely nothing there. It was all empty. Now we actually fill in the gap."

But the stadium could pose some challenges.

"As far as traffic and cars go," McCoy said, "that might be a little chaotic."

Some in the community have also expressed concerns about rising property values, which they fear could price out renters and small businesses.

Minnesota United has been meeting with neighbors one-on-one and also help some job fairs to recruit local workers. Those are just a few of Minnesota United's community initiatives — the stadium itself will also feature a number of local vendors and the United website also points fans into the direction of local businesses.

"We just have to give it a chance," McCoy said.

A chance: That's what David Tolchiner sees in Midway Saloon.

"The area is changing," he said, "and definitely for the better."