With a single tap of the app, users can crowdsource bystanders. 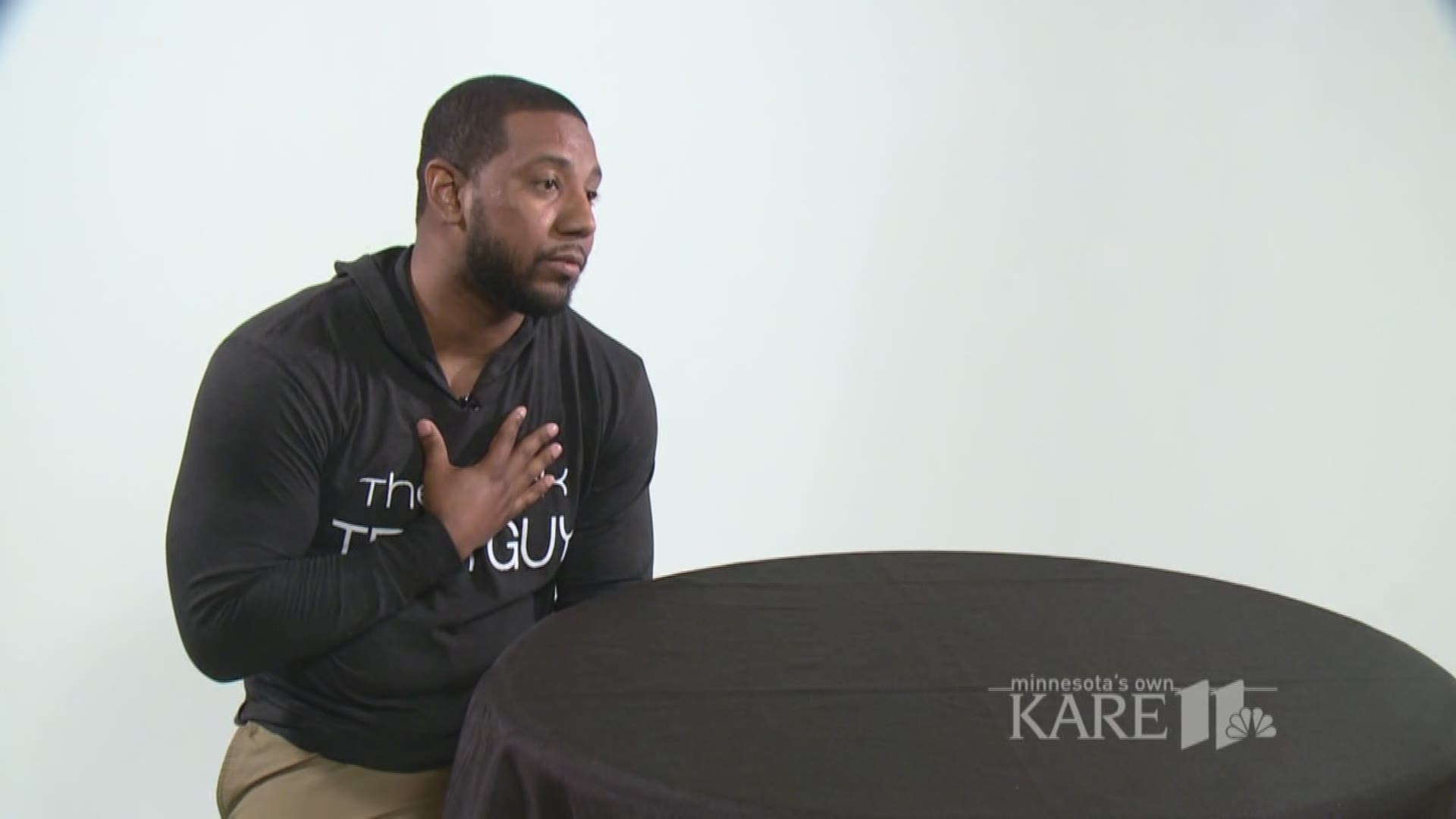 But it also forced a former educator, Mondo Davison, to face his truth.

“I am a black guy and I am scared every time I am pulled over,” Davison said. “You think it through your mind. License, registration. Am I going to be safe?”

That fear birthed an app called SafeSpace. With a single tap of the app, users can crowdsource bystanders.

“Right when you know you are being pulled over, you open up this app and you press this button. With a single tap of the app I trigger a notification to anyone within a half mile radius, in addition to my emergency contacts, to respond as a witness to my interaction with law enforcement,” Davison writes on a website describing the app. “As a former classmate of Philando Castile, I feel it is essential our communities support each other by policing the police.”

Davison, also known as "The Black Tech Guy," was recognized by Minnesota Business Magazine for his leadership in a bar-disrupting startup called MyBarJar. That same magazine also honored him as one of the hardest-working entrepreneurs.

SafeSpace, his fifth startup, is part of a partnership with Software for Good. Casey Helbling, the company’s CEO and founder, said his team of Minneapolis software engineers, strategists, and designers brings people and technology together to solve complex world problems.

“This is the perfect type of solution that Software for Good is building. It creates impact through technology, so it was right in the wheelhouse of things we are good at and like to work on," he said. "This is about crowdsourcing safety. We see a problem out there and we think that people can come together to find a way to make situations safer.”

Currently, the app is only available for iOS users. Helbling said they are in the process of developing software for Android users.

Davison, a St. Paul native and former classmate of Philando Castile, said he hopes this app will create a better conversation between the community and police.

“SafeSpace the tool is not the solution. It is a tool to try to get to the next phase to make sure that I live. The disconnect is the fear. Black people fear cops and too many cops are scared of black people,” he said. “The only way to bridge that fear is through conversation.”

Davison said after the police leave the scene, all nearby responders complete an in-app "Safety Check" answering a few detailed questions rating the behavior and performance of the police officer.

“There's this misconception that we are trying to catch cops doing everything wrong in this safety check. There is also an opportunity to upvote officers,” he said. “Who are the awesome cops and who are the cops not really fit for duty.”

Davison and Software for Good are on a million-dollar mission to develop SafeSpace for Android users. They also want to add more safety features to the app, like streaming audio to your emergency contacts while engaging with the police.

Representatives from St. Paul Police and Minneapolis Police say SafeSpace isn’t an app they are familiar with, but believe applications that bridge gaps are a step in the right direction.

“The Minneapolis Police Department is committed to building trust, accountability and delivering professional service. Additionally, we strive to de-conflict and deescalate interactions with the public,” John Elder said via email. “The MPD is always open to new methods and technologies that can aid us in meeting that objective.”