Edina Democrat Melissa Franzen introduced the measure in the Senate, and Golden Valley Democrat Mike Freiberg proposed them in House. 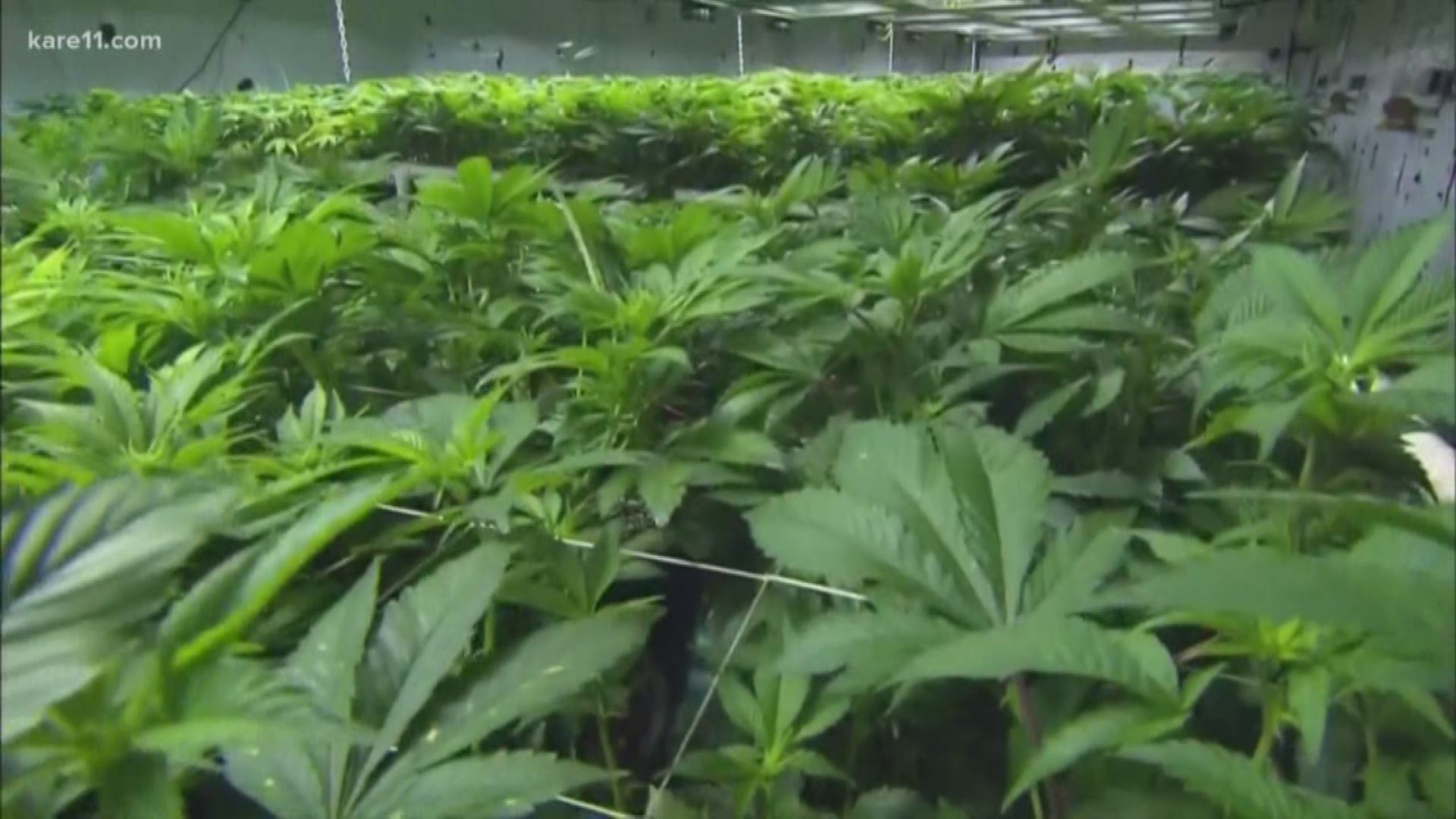 ST PAUL, Minn. — Two Minnesota lawmakers have launched bills to legalize recreational marijuana in Minnesota, as early as the year 2022. They concede it's an uphill climb, but say they want to start a important conversation on a the contentious cannabis issue.

Franzen and Freiberg  said Monday their legislation is more focused on setting up the ground rules for sales and possession of recreational cannabis than it is on bringing in tax revenue. There is tax element to the bills, but the dollar amount has been left blank for now.

“The state has both a public health and safety interest in regulating and educating Minnesotans on the effects of the use of cannabis in order to provide the necessary oversight and legal framework moving forward,” Sen. Franzen said.

“I will tackle this issue with an open mind, and I am not working on this issue to appease any particular interest group. My intent is that we treat smoking cannabis similar to cigarettes and uphold the Clean Indoor Air Act while regulating all aspects of cannabis use.”

Franzen and Freiberg say they're hoping to at least get hearings on the issue.

While there's a new Democratic majority in the Minnesota House, Republicans still hold a slim majority in the state Senate, where Majority Leader Paul Gazelka issued a statement saying that he doesn't think the legislation will pass this year.

"I will not stop it from getting to a committee. If they want to hear it in a committee, or do an informational meeting, that’s fine with me," Sen. Gazelka told reporters.

"And frankly, I’m quite certain there are Democrats who do not want recreational marijuana."

The Nisswa Republican said he welcomes the debate, asserting it will bring more information to the surface that will turn public opinion against legalization. He raised issues ranging from teen mental health issue to impaired drivers.

"If an individual has a glass of wine they’re not high. If they have an opioid pill for pain medication, they’re not out of control. if you smoke a joint you’re going to be high instantly."

Gazelka said the legislature seems to be working at cross purposes by focusing on the opioid addiction epidemic at the same time it's pondering opening up the state to legal marijuana use.

"I have patients that have autism that are spending thousands of dollars a year to control their autism and allow themselves to be redirected. Fact of the matter is, if this were legalized we’d see the price drop to a third of what it is now."

Sen. Jensen said he agreed with an op-ed by former Minneapolis Mayor RT Ryback, which said legalizing a drug isn't the same as declaring that it's good for everyone.

"We absolutely want to send a strong message to Minnesotans that legalization doesn’t mean it’s good for you," Jensen explained. "We’ve got tobacco and alcohol, and that’s not necessarily good for you either. So we have to partner legalization with prevention."

Minneapolis Democrat Ray Dehn introduced a separate bill last week that would put the legalization question on the 2020 ballot, in the form of a proposed constitutional amendment.

Freiberg said he favors the direct action by the Legislature.

"I’m not convinced the issue of cannabis belongs in the Constitution," Freiberg explained. "Constitutions, whether they’re at the state or the federal level, are typically for protecting civil rights of people and for setting up government and the limitations of government."

Both Franzen and Freiberg are hopeful change will come.

"The ways things are going, legalized recreational cannabis is coming to Minnesota sooner rather than later. We need to approach this with smart, public health-focused policy that safely establishes legalized cannabis without creating a new Big Tobacco," Freiberg explained.

"Legalized recreational cannabis has been rapidly growing in popularity, and it's time for Minnesota to prepare itself by starting this conversation at the legislature."

Could Minnesota be next to legalize marijuana?