New brain cancer treatment at the University of Minnesota

Doctors at the University of Minnesota are the first in the country to use a breakthrough brain cancer treatment. 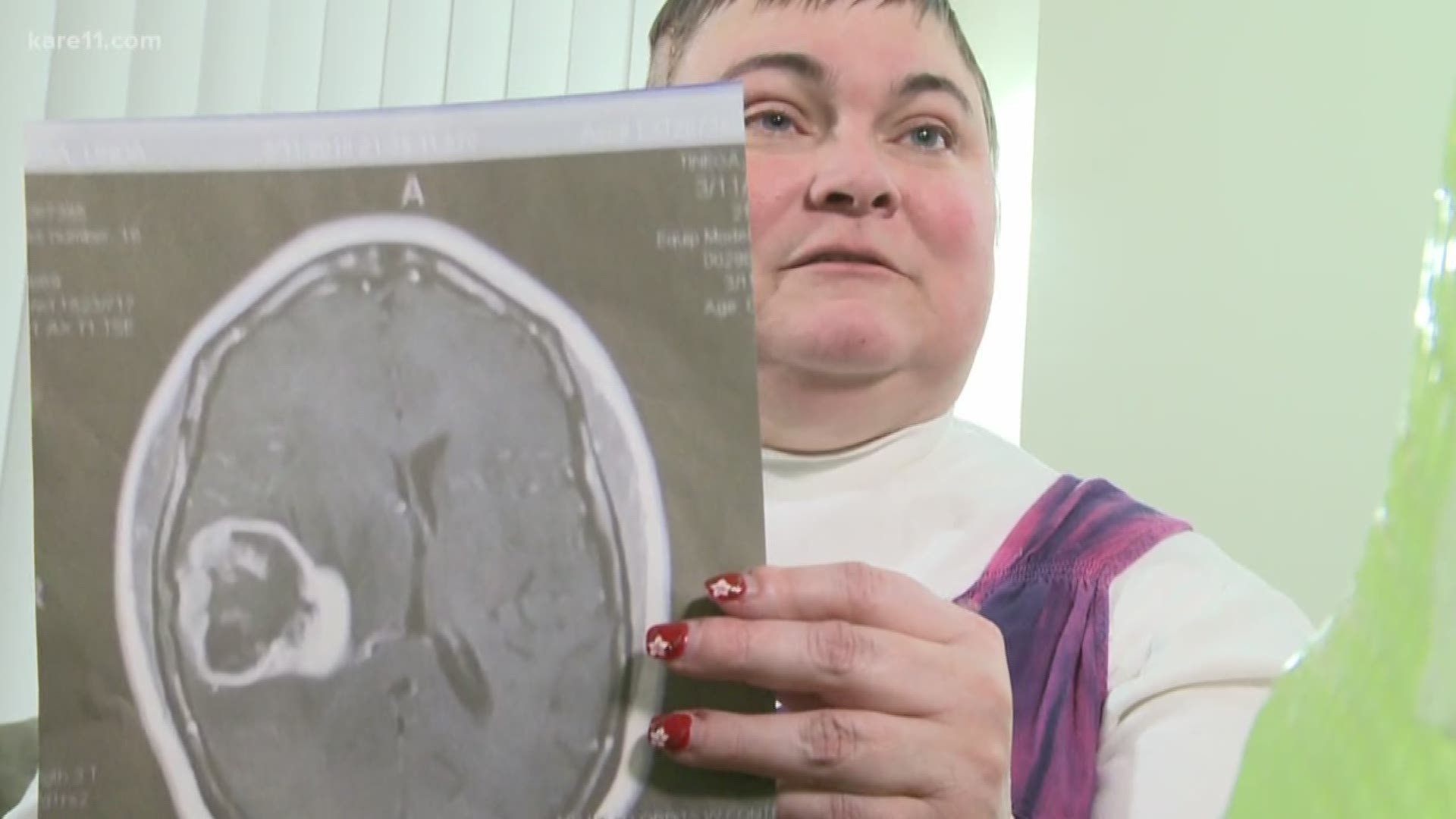 It sounds like science fiction, but doctors at University of Minnesota Health are the first in the country to offer an implantable form of radiation to target brain cancer.

The implant is called GammaTile Therapy and Linda Tinega was the first patient in Minnesota to receive it.

"Each tile, has four, radioactive seeds on it," said Tinega, who had five GammaTiles implanted during surgery to remove a cancerous brain tumor two weeks ago. "Health wise and stuff, it's not even like they're in there. I can't feel them."

But her doctors say the tiles are already working, targeting the area where her tumor is most likely to regrow.

"By implanting radiation directly, at the time of surgery, you are treating the tumor immediatly," said Dr. Clark Chen, Head of the Department of Neurosurgery at the University of Minnesota Medical School. "So she's getting much more intense radiation in the area that she needs it the most."

Typically, radiation isn't even an option after surgery for several weeks, because it hampers the healing process.

"In this case, there's really no radiation getting to the wound, so it heals just fine," said Kathryn Dusenbery,  Head of the Department of Radiation Oncology at the University of Minnesota Medical School.

The radiation within the implants last a little more than a month, and the tiles themselves will eventually absorb into the body.

"So it's safer for the rest of the brain," Dusenbery said. "There's just one surgery, the patient goes home, they get their radiaiton, and they don't need to come back to have it removed."

Tinega still doesn't know how well the therapy will work for her, but she's grateful that she can target the problem and still live her life.

"I'm not having those side effects like I did with having the usual type of radiation done," she said. "I just keep going, you just have to put a smile on your face and just be a strong person. Show my son that we can get through anything."

Dr. Chen says Gamma Tile Therapy is just one of many tools they now have to fight Glioblastoma. Linda is also using chemotherapy.