New distant star discovered by U of M researchers

Researchers at the U of M just discovered Icarus, the farthest individual star ever seen. 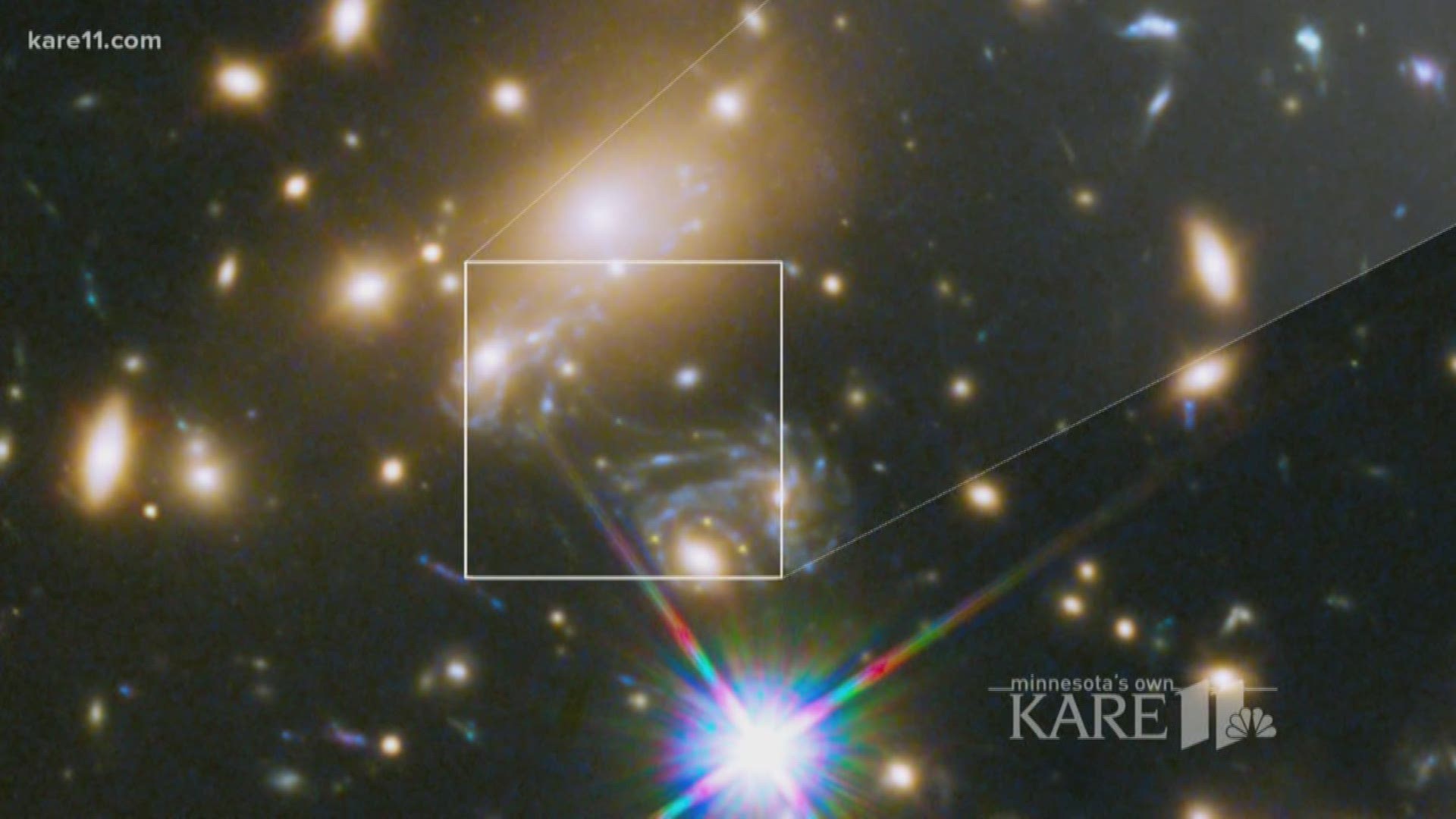 MINNEAPOLIS - Researchers at the University of Minnesota have just spotted a giant blue star, nicknamed Icarus.

Located 9 billion light years away, its discovery was by accident.

"We were looking at a supernova which appeared in 2014, actually five different times because of an optical illusion, and saw something new," said Patrick Kelly, U of M researcher in the Department of Physics and Astronomy.

The new object was Icarus, the farthest individual star ever seen.

"And that was in a special part of the galaxy cluster field where the magnification should be extremely high," said Kelly.

Magnification comes from a natural tool called gravitational lensing. When light is traveling through space, giant galaxies and other objects can cause the light to bend around them, allowing us to see even farther in time and space.

Icarus is 9 billion light years away. If we were able to board a spaceship and travel at the speed of light, it would take us 9 billion years to get there.

As a comparison, 9 billion years ago, Earth, and our solar system, didn't even exist. The age of earth is estimated to be 4.5 billion years.

According to Kelly, Icarus is 100 times farther than the star previously known as the farthest from the Earth.