It can be hard for surgeons to tell the difference between glioblastomas and brain tissue. A new drug is helping by turning the tumor bright pink. 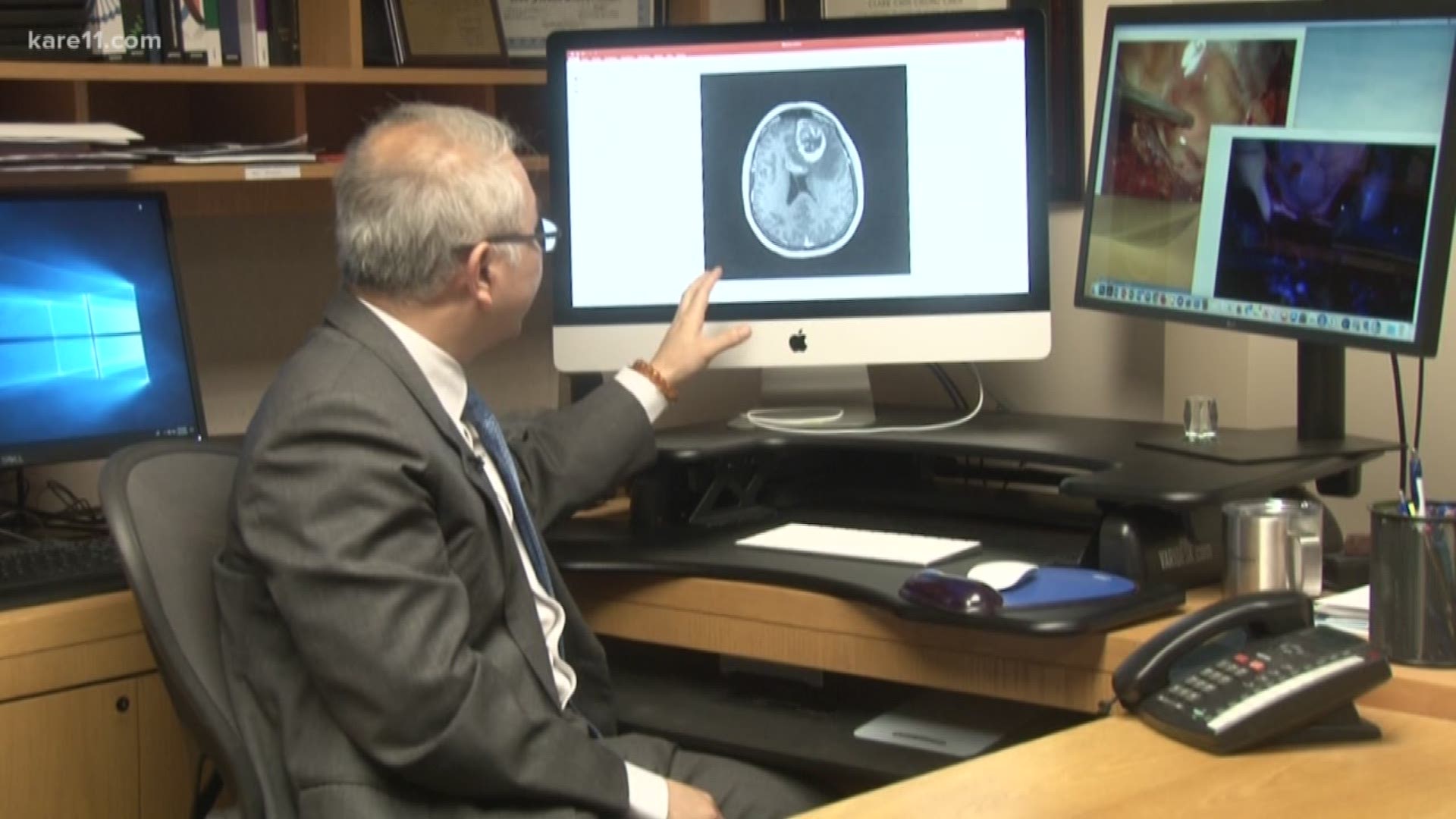 MINNEAPOLIS — If you've heard of glioblastoma, it might be because Senator John McCain was diagnosed with it before his death in August 2018.

Kristin Peterson was introduced to the disease when she was diagnosed herself.

"They did a scan, and then they did an MRI, and they were like, 'This doesn't look good,'" Peterson recalled of her stage four glioblastoma diagnosis in February.

Glioblastoma is an aggressive brain cancer, deadly, in part, because of the way it spreads.

"It tends to send off little microscopic tumors into the brain, so it's very difficult to determine where the tumor ends and where the brain begins," said Dr. Clark Chen, Peterson's surgeon and the head of the Department of Neurosurgery at the University of Minnesota.

The difficulty determining tumor from brain tissue is why Chen is welcoming a new drug called 5 ALA.

5 ALA was approved by the FDA in December 2018. A glioblastoma patient drinks it a few hours before surgery.

The drug turns the tumor bright pink under a special light in the operating room, so it clearly stands out from the rest of her brain, making it easier for surgeons to make sure they're removing the tumor and not part of a person's brain. Without the drug, it can be hard to tell.

"You do too much, you could hurt the patient. You do too little, you don't reap the benefit [of the surgery]," Chen said of the dilemma faced by surgeons prior to the use of 5 ALA.

If it weren't for 5 ALA, Dr. Chen says a second tumor would still be in Peterson's brain.

Dr. Chen says glioblastoma is not very sensitive to chemotherapy, making it very important to remove as much of the tumor as possible during surgery.

"It's crazy, really," said Peterson, of the drug helping Dr. Chen to spot and remove the tumor.

She said she felt better immediately after the surgery. Maybe more importantly, she has hope.

"There's people that have been living with it for 14 years. I want that camp. That's the path I want to be on," she said.