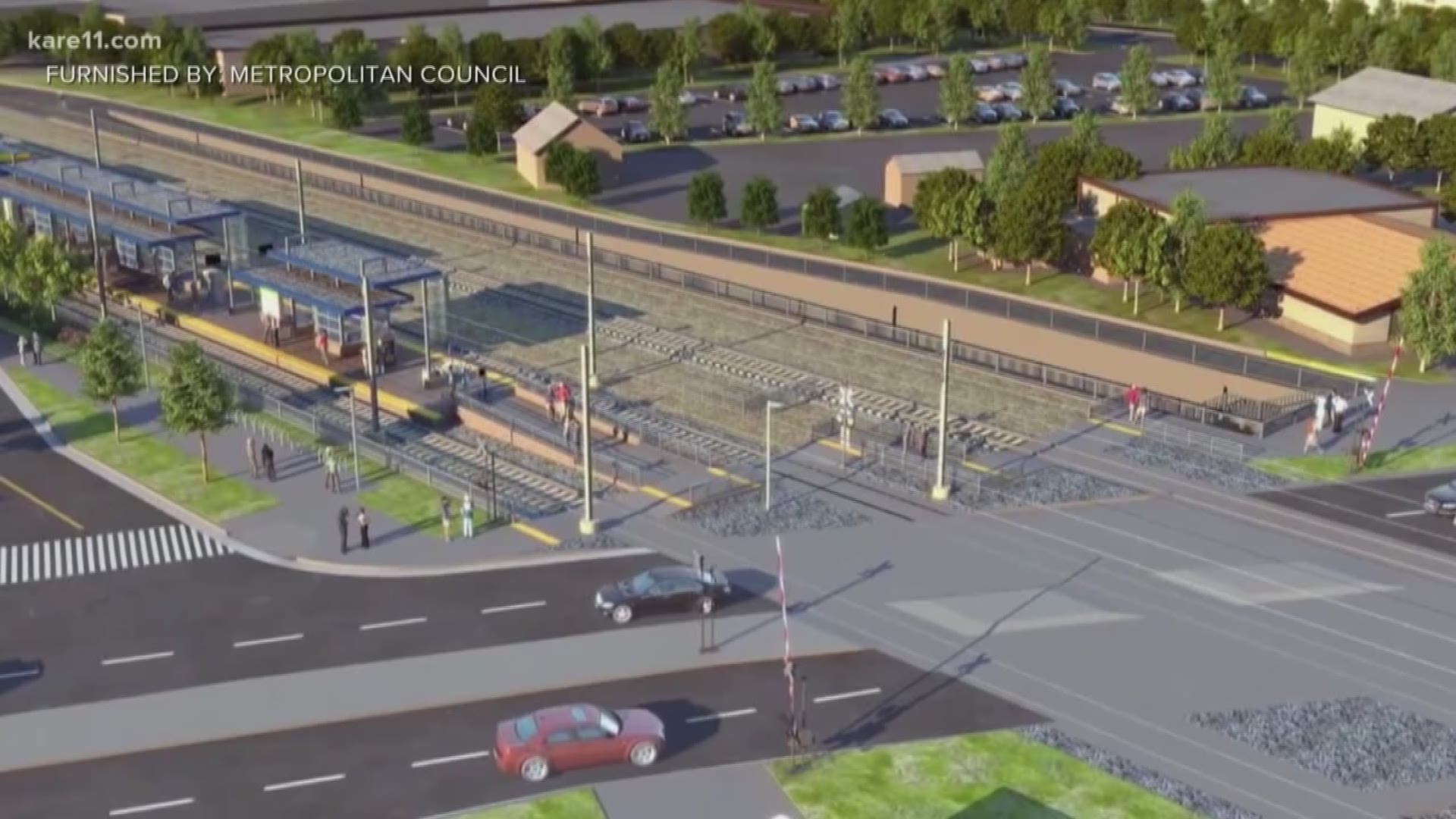 HOPKINS, Minn. -- It was a scene that drew hundreds of transit supporters to a suburban parking lot on a cold Friday afternoon -- political figures in hard hats digging into a pile of sand.

The ceremonial groundbreaking for the Southwest Light Rail Transit, which -- at $2 billion -- is the largest single infrastructure project in the history of the state.

The Metropolitan Council got the green light earlier this month from the Federal Transit Authority to begin construction on the 14-mile line connecting Eden Prairie to downtown Minneapolis, with 16 stations.

Planners predict the five-year project will generate 7,500 construction jobs with a $350 million payroll, and in the long term will make it much easier for people to get to jobs in the southwest metro, downtown and places in between.

"This is about providing more transportation options, which is critical to creating a more equitable economy," Metro Council Chair Alene Tchourumoff told the crowd.

"The project is the result of partnerships, at the federal, state, county, local and community level."

Hennepin County Commissioner Peter McLaughlin, who led the battle for light rail in the Twin Cities, brought along his shovel from the Hiawatha Line groundbreaking from 2001.

A key factor to winning federal support was the end of legal battles between the Met Council and railroad companies, which have since ceased. Sen. Klobuchar recalled making many calls to the heads of railroads, and to US Transportation Secretary Elaine Chao to go to bat for the project.

The federal government is expected to pick up half of the tab for the rail line, which the rest of it financed by the Met Council and local counties. The state of Minnesota will be expected to pay the operating costs of the line, above and beyond the revenue generated from fares and advertising.

The line has generated a fair share of controversy through the years, over the costs, routing and effectiveness as a means to relieve congestion. Only one lawsuit remains, filed by a group opposed to the trains running in the freight rail corridor between Lake of the Isles and Cedar Lake.

For more on the planned route and the station, check out this link: Metropolitan Council Southwest Light Rail website