Its name is Steve. 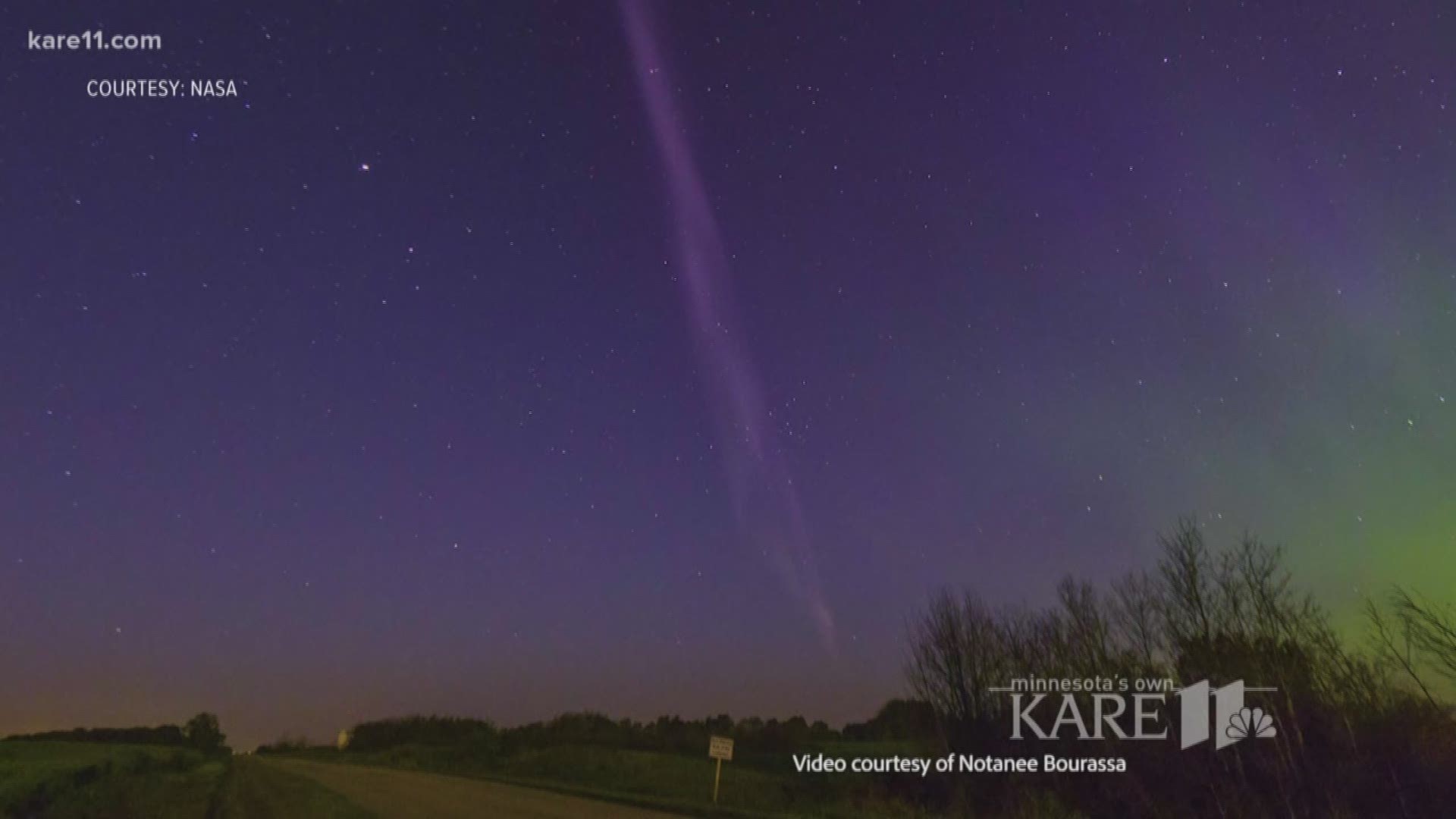 MINNEAPOLIS - If you have seen the northern lights before you may have seen a spectacular view across the sky, but have you ever seen a purple ribbon of light?

It's a type of northern light that has been unknown until a recent effort with citizen scientists and satellite observations helped us understand how it forms.

The purple ribbon forms from a concentrated flow of charged particles in Earth's upper atmosphere. It's similar to how the green ribbons form, except STEVE forms south of where a typical green aurora develops.

The next time we have a chance to see the northern lights, look for STEVE in the sky.