Hope Chest founder Barbara Hensley says they are starting to see a lot more demand and could use the community's support. 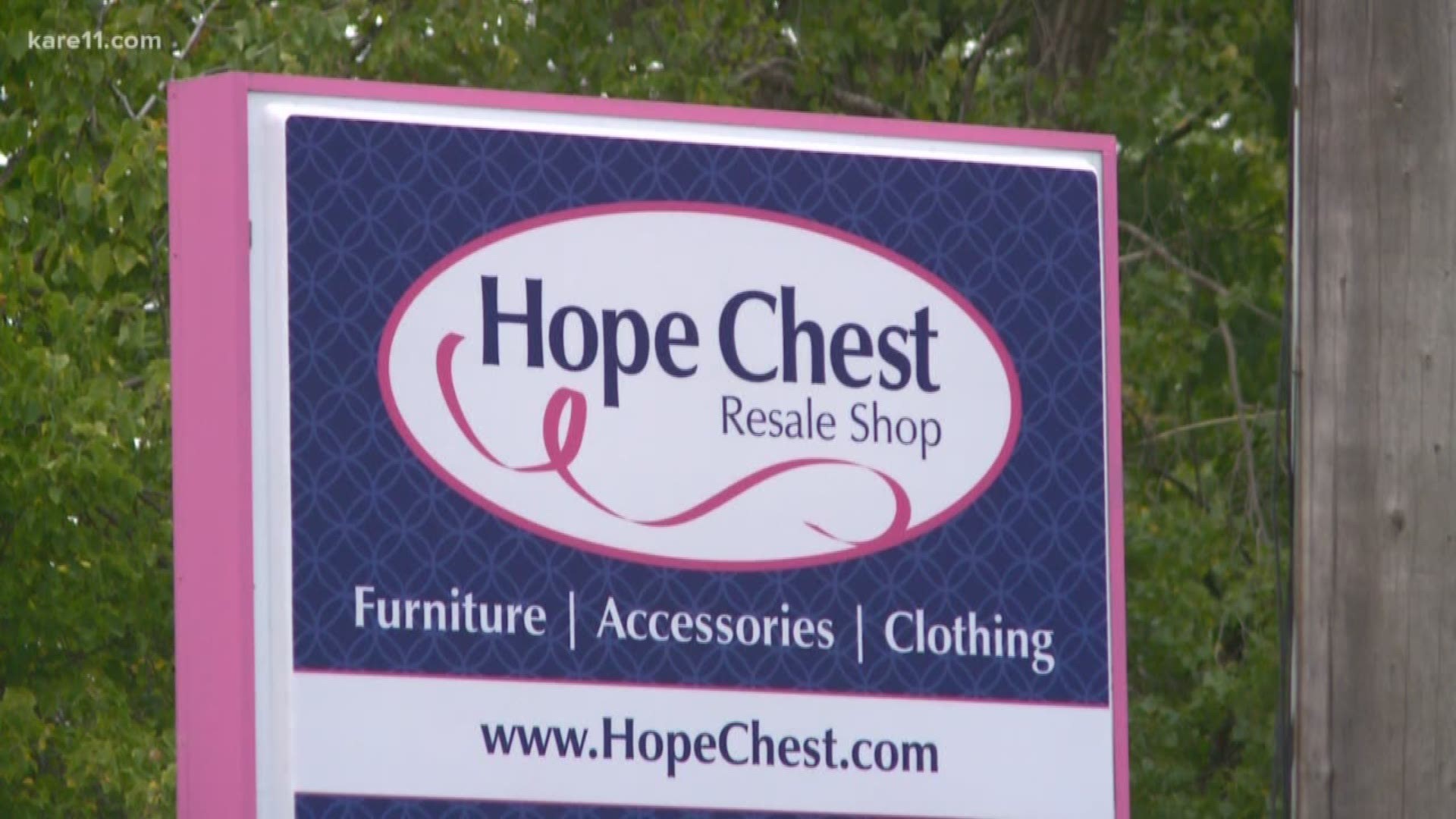 October is Breast Cancer Awareness Month - a time for supporting patients, survivors and their families.

But one organization that does just that is struggling.

Hope Chest is a nonprofit that helps patients who need help financially putting up the fight against this insidious disease. And right now that group is having a hard time keeping up with how many people need help.

"So where we are standing now is in our Orono store. It's about 7,000 square feet," said Barbara Hensley, founder of Hope Chest.

"And the most beautiful donated items. People will see something, say on Instagram or Facebook, and they'll call and say, 'I really want that lamp,' and we'll say, 'Sorry, it just sold,'" said Hensley.

Every dollar from each purchase meets a significant need for breast cancer patients.

Hensley's mother and two sisters died of breast cancer. She was by their side as they underwent chemotherapy, and she would see women making many sacrifices just to be able to receive treatment.

"Nancy was really young, and that struck me as very unusual," she said. "But, oh my, at Nancy's feet was her three young children. She had lost her jobs because she was too sick from chemo, and so if she was going to get to treatment those babies had to come with her."

"It was right at Christmas time," recalled one of those patients, Karla. "They helped out my family with gift cards for gas, food, and helped us pay our electric bills. I absolutely encourage people to help support this organization."

Hensley established Hope Chest in the early 2000s and she has not had to turn one person away.

However, she says they are sadly starting to see a lot more demand and could use the community's support, whether in her stores or through a monetary donation.

"Right now, we've seen the number of requests in the last six months have doubled, which is huge for us. A hundred dollars will provide food for a week. Somewhere between $500-1,000 will pay that rent and it all adds together. $20 pays for transportation in a cab instead of a bus," said Hensley.

To donate to Hope Chest and learn even more about the organization, click here.