A jury found the former Minneapolis police officer guilty of third degree murder and manslaughter in the July 2017 shooting. 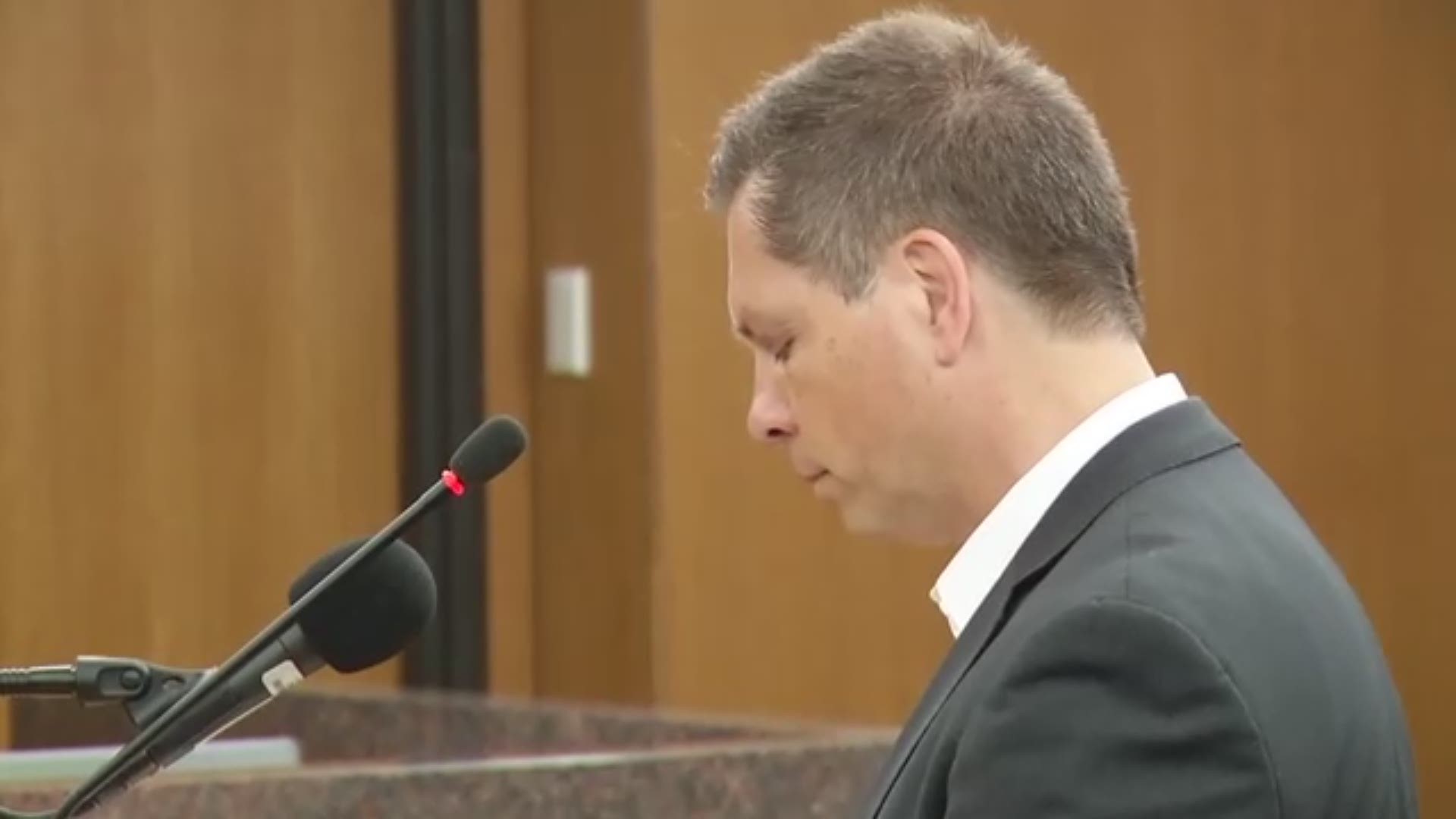 MINNEAPOLIS — The former Minneapolis police officer convicted in the fatal shooting of an unarmed Australian-American woman was sentenced to more than 12 years in prison Friday. 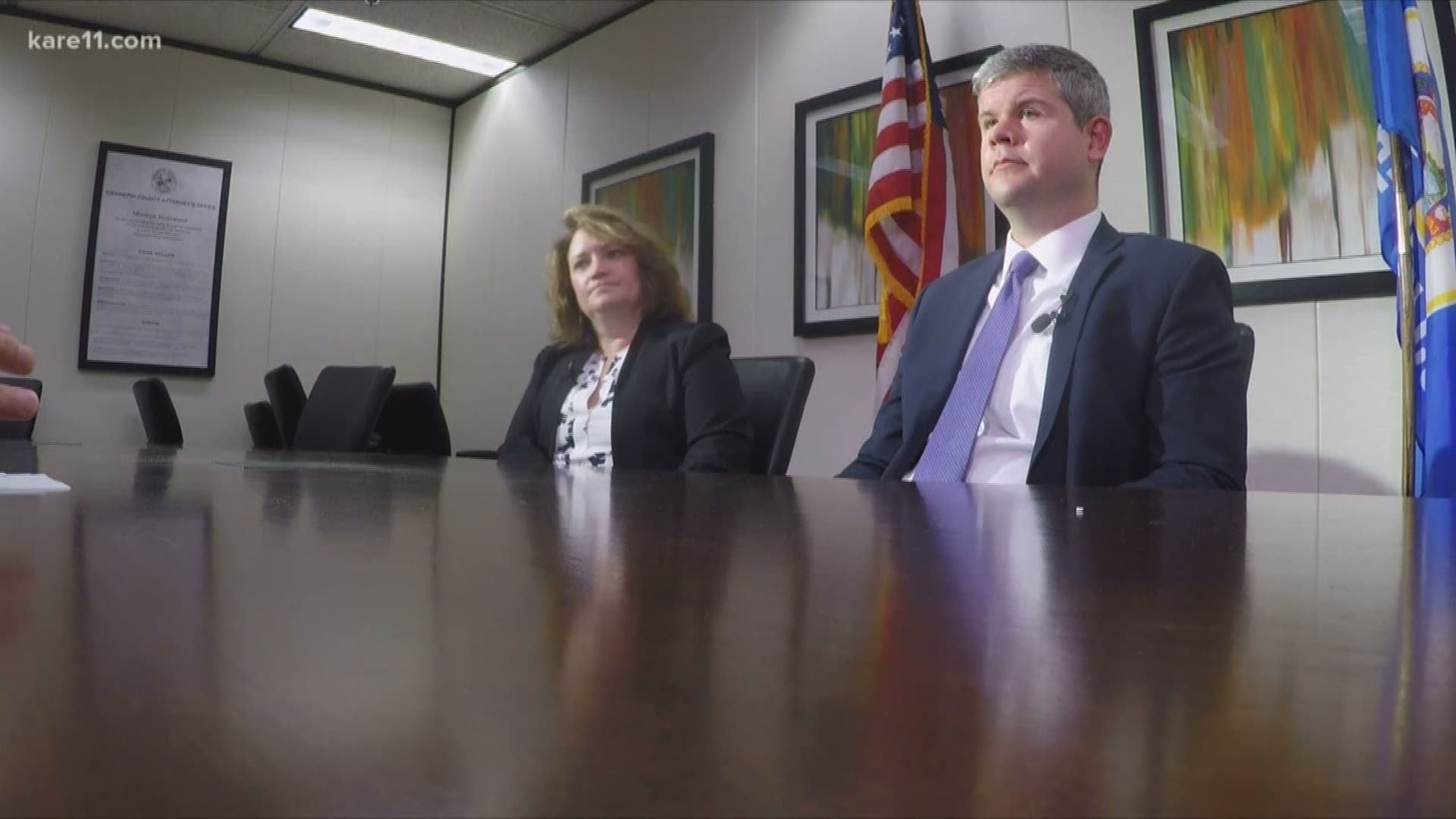 "The act may have been based on a miscalculation, but it was an intentional act," stated Judge Kathryn Quaintance before levying the sentence. "Good people sometimes do bad things."

Quaintaince sentenced Noor to 150 months on the charge of third degree murder, noting that while expressing remorse, he still does not take responsibility for the shooting, believing his actions were justified that fateful night.

On April 30, a jury found Mohamed Noor guilty of third-degree murder and manslaughter in the July 2017 shooting of 40-year-old Justine Ruszczyk Damond. They returned a not guilty verdict on another charge of second-degree murder. 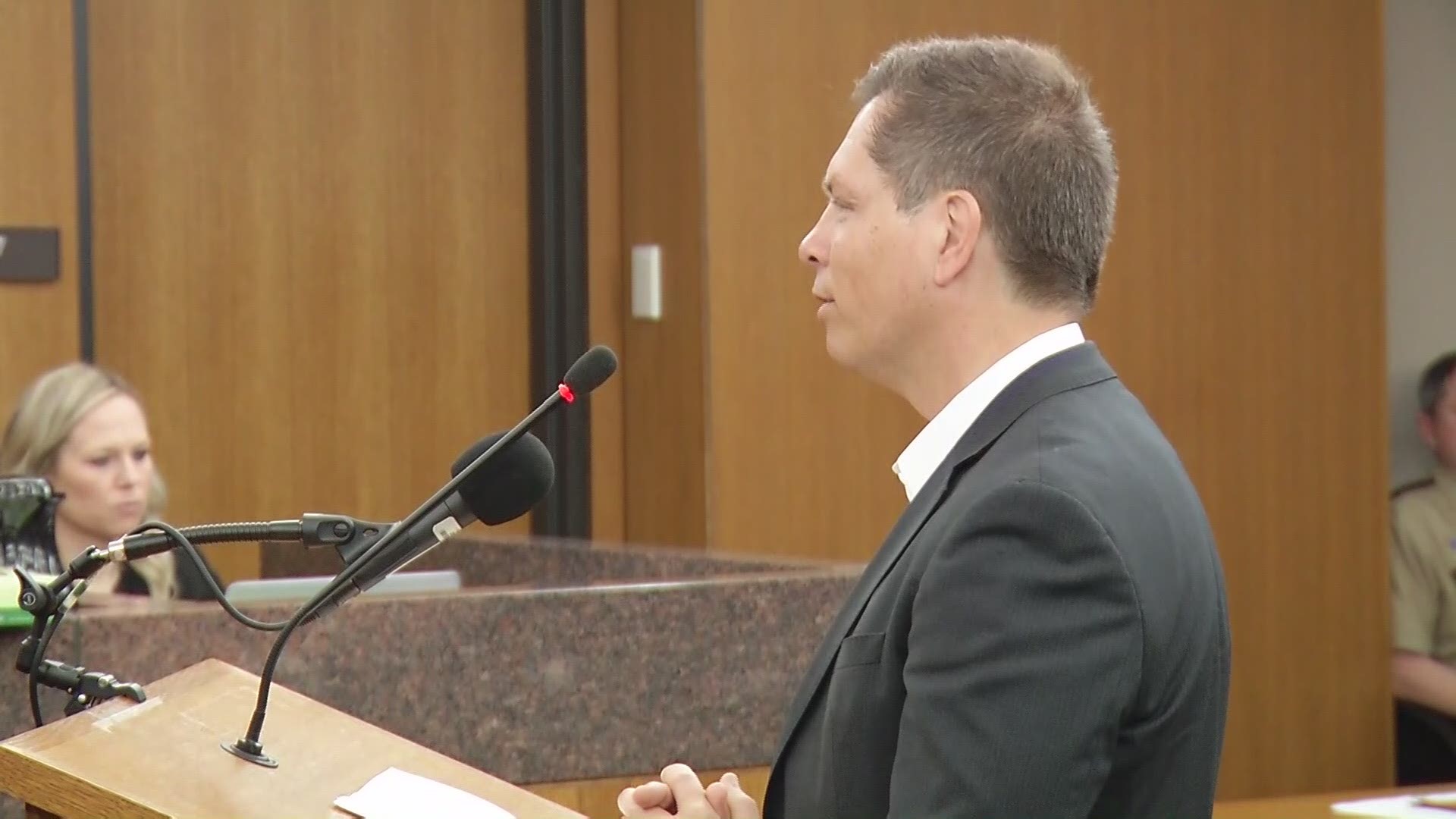 Before the sentence was handed down those who loved Ruszczyk Damond were called to make statements about the impact of her loss. Her fiance Don Damond was first, reading his statement as if a letter to Justine. He described having to sell their south Minneapolis home because every time he entered he imagined her in her pajamas, walking down the alley to meet her death.

"I wish I could have said goodbye to you, to have held you as your breath slipped away," Damond said tearfully. "You died on a slab of concrete surrounded by strangers... some of whom didn't care about you one bit."

"I don't know if I will ever love again, and I know it won't be love like this." 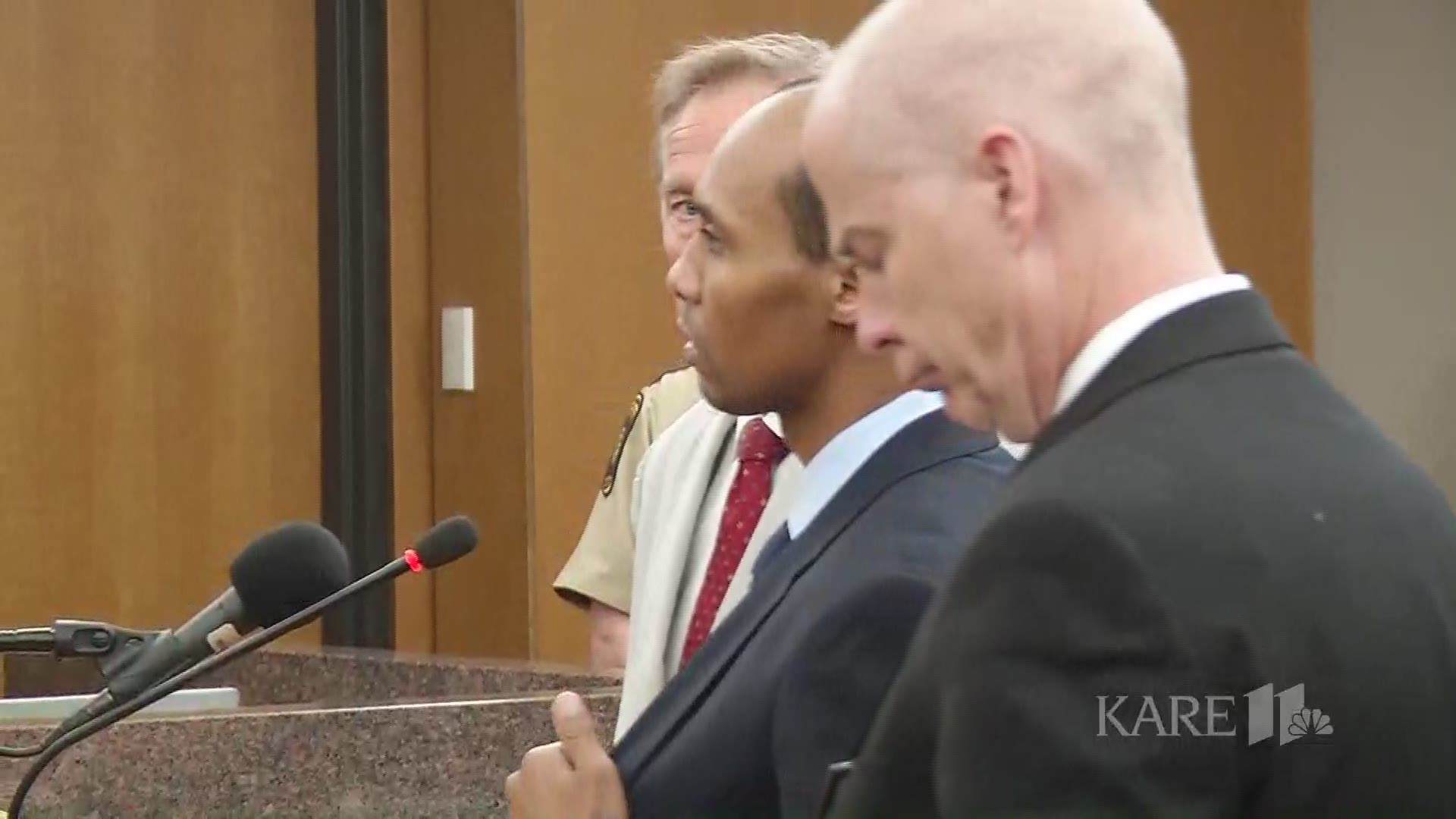 Ruszczyk Damond's stepson Zach spoke of the anxiety he feels much of the day, the fear in his heart when he sees a squad car. Her future mother-in-law Sharon Sebring talked about her anticipation for the wedding, and how Justine's love of life and the wisdom of her teaching changed everyone around her. "I miss the joy in Don's face, that is gone since you were rudely taken away."

Attorney Robert Bennett spoke for Justine's father John Ruszczyk, who wrote of his disbelief that a man trusted to protect the public, an "agent for the state," pulled the trigger and killed a person who had called for his help. "I ask that this convicted murderer (Noor) be given the maximum sentence for killing my daughter."

"His sentence is measured in years, ours is for life," added Justine's stepmother Maryan Heffernan.

During the victim impact statements Noor gazed down at the table with a stoic expression on his face. When given his opportunity to speak, the former officer spoke in a voice shaking with emotion, apologizing to Ruszczyk Damond's family in a heartfelt manner.

"I have owed Ms. Ruszczyk's family an apology for a long time," Noor shared. "I have lived with this, and will continue to live with this... It is a tragedy, and it is my burden."

Noor spoke of firing the fatal shot and then getting out of his squad car and seeing Justine laying in the alley, dying. "Seeing her there, I knew in an instant I was wrong." As for the pain endured by those who loved her, Noor was clear in his sorrow. "These are the people I wanted to serve and I harmed them, in the worst way possible."

Late the night of July 15, 2017, Ruszczyk Damond called 911 to report a possible rape behind her house on the 5000 block of Washburn Avenue South in Minneapolis.

Noor and his partner Matthew Harrity were dispatched to the location, and headed down the alley. Harrity, who was driving, told state investigators that Ruszczyk approached the driver's side window and Noor fired from the passenger seat, past Harrity, striking Ruszczyk. She was pronounced dead at the scene.

The debate over what happened next unfolded before jurors over a three-week trial.

Prosecutors painted Noor as a poorly trained officer who panicked and made a reckless decision to fire his weapon at an unarmed woman when there really was no danger. His defense team described for jurors a "perfect storm" of events that unfolded in an instant, insisting that Noor reacted the way any officer would in firing the shot that killed Ruszczyk Damond.

Once closing statements were made in the trial, a jury of 10 men and two women deliberated for about 11 hours before reaching their verdict. Half the jurors were people of color, deciding the fate of Noor, who is Somali-American. Ruszczyk Damond was white, a dual citizen of Australia and the United States.

Noor's sentencing is set for Friday, June 7. According to the Minnesota Sentencing Guidelines, Noor’s presumptive sentence will between 10.5 and 15 years in prison. If Judge Quaintance goes below that, she will have to lay out her reasoning, because it would be a departure from the guidelines.

Attorneys Peter Wold and Thomas Plunkett filed a motion earlier in the week arguing that there is no benefit to the community for giving Noor a long prison sentence. They said he has cooperated with prosecutors, showed remorse about the shooting of Justine Ruszczyk Damond, and does positive work in his Somali community.

Instead of giving Noor between 10 and 15 years behind bars, as called for by Minnesota sentencing guidelines, Wold and Plunkett wanted Judge Kathleen Quaintance to depart downward, and give the former officer probation. Their proposal would have Noor report to the Hennepin County Workhouse for a week on the date of Ruszczyk Damond's death, and another week on her birthday as long as he is on probation.

Plunkett and Wold released a statement Friday after the sentencing, saying: "We are disappointed with the Court’s decision to send Mohamed Noor to prison for 150 months. The tragedy surrounding this case has only deepened. We have concerns with the process that will need to be addressed. We are not done fighting for Mohamed Noor."