Boom Island Brewing's owner says he's relocating after a nearby shooting on Friday night in North Minneapolis, but community organizers say they're making progress in the neighborhood. 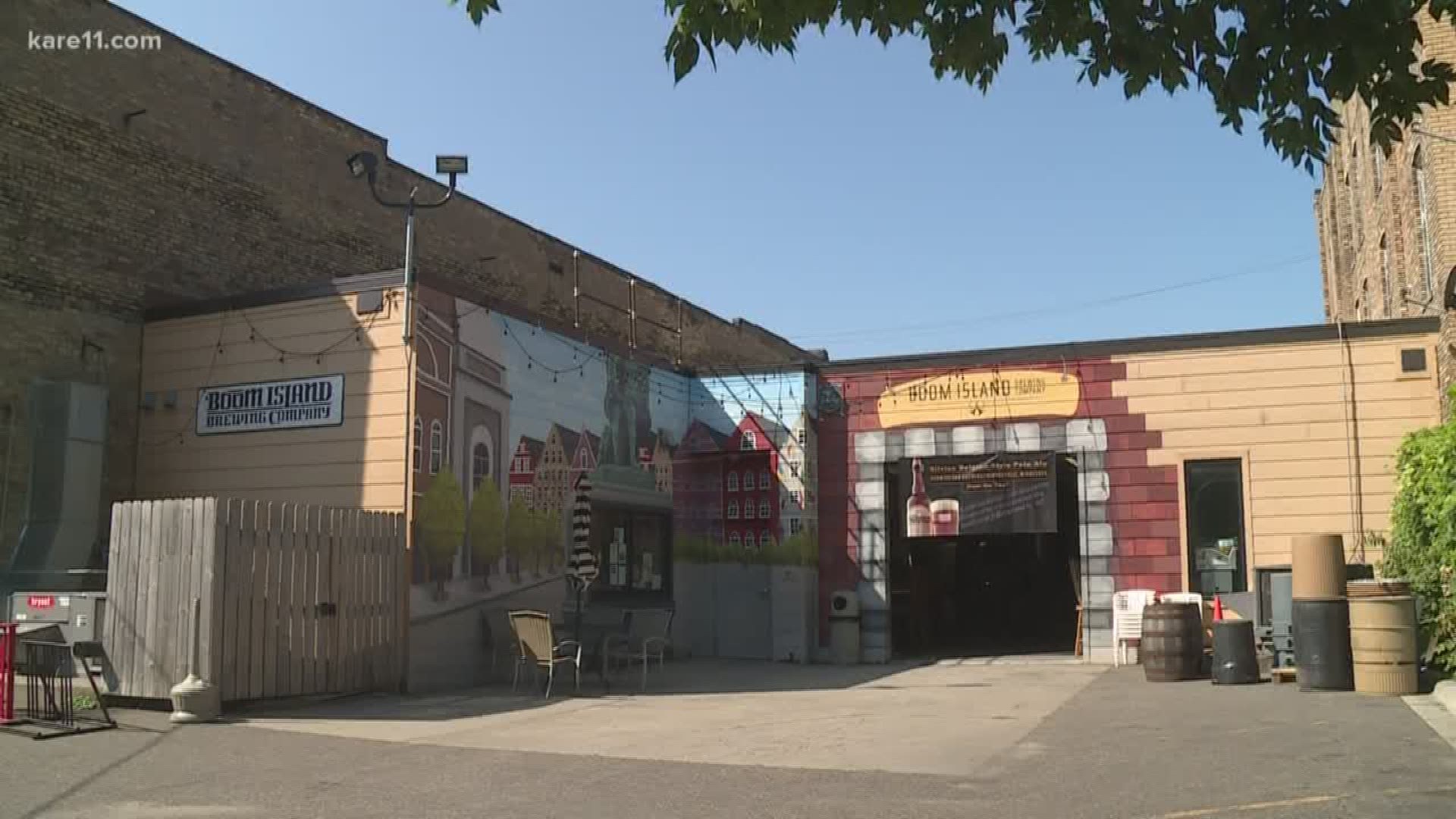 MINNEAPOLIS - Seven and a half years ago, Kevin Welch opened Boom Island Brewing Company in North Minneapolis with high expectations.

With an outdoor patio and a full Belgian-style craft beer list, Welch built a strong base of customers near the corner of Washington and Broadway. As of this weekend, however, he has decided to relocate outside Minneapolis after a quadruple-shooting next door left one man dead and three others injured.

"Four people shot. Four. And that's what I wake up to on Saturday morning," Welch said. "Seven years trying to pull off this business, in this neighborhood. And things haven't gotten better."

On Monday, the Hennepin County Medical Examiner formally identified the victim as 42-year-old Steven Fields of Richfield. More than 48 hours after the shooting, candles remained lit at a memorial marking the spot of Fields' death.

The violence is unnerving and disheartening for community organizers like John Bueche and Farrington Llewellyn, who are deeply involved in the neighborhood through the West Broadway Business and Area Coalition (WBC).

But they promise they're working toward a solution.

"What happened Friday night is a side effect of decades of disinvestment in this neighborhood," Llewellyn said. "We don't give up on the North Side. This is a thriving, cultural community."

The WBC is looking to reverse the trend of disinvestment by renovating vacant spaces, bringing art and murals to the neighborhood and holding farmer's markets and art crawls. For example, they have refurbished a formerly vacant building at 931 Broadway into a modern space for local business owners to hold events.

Plus, there will be an event called Open Streets West Broadway this Saturday, a celebration of health and wellness in North Minneapolis that spans 17 blocks. "Freedom Fires" are also being held every Friday in September, which allow for safe late-night entertainment and food.

The efforts to bring positive events into the neighborhood appear to be helping in the long-term.

"The work the coalition has been doing... in general, crime is down on the North Side," Bueche said. "And we're totally in sync with the city's goal of trying to do investment without displacement. Trying to do comprehensive development for the residents of the community that already live here."

The efforts aren't enough to convince Boom Island Brewing Company to stay, but Welch said he will watch the progress of the neighborhood even after he's gone.

"The neighborhood, I really have faith it will change," Welch said. "It's a wonderful place, filled with many, many good people. It's just unfortunate."