Despite some early challenges in 2018, Jaequan Faulkner went on to continue his stand - and have a pretty eventful year. 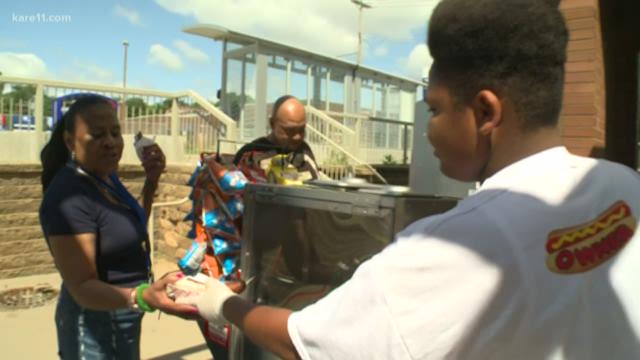 A north Minneapolis teen's hot dog stand has gained national attention over the last year, and Monday he got back in business for the summer.

Last year, someone reported the teen's hot dog stand to the health department. But instead of shutting it down, the city of Minneapolis and the nonprofit NEON stepped up and helped him get the stand up to code.

RELATED: Teen's hot dog stand gets support and a permit

"It's been great because I didn't think it would go this far, but he was very serious about getting started," said his uncle, Jerome Faulkner.

Despite the challenges, Jaequan went on to continue his stand - and have a pretty eventful year.

"One of the things that happened is I was on the Steve Harvey Show," he said.

"They didn't shut him down," Steve Harvey said of Jaequan. "They showed him how to be bigger."

On the show, Shark Tank's Daymond John gave him a new stand, which he's using this year. 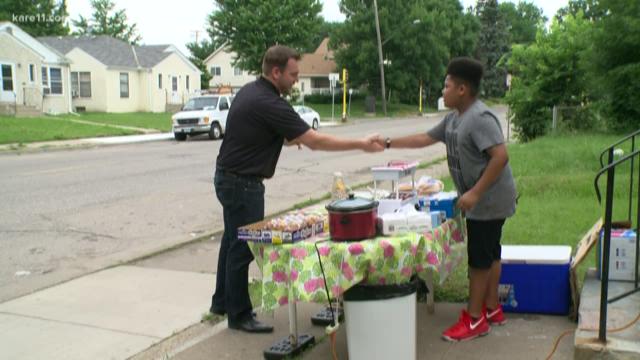 The Minneapolis Police Department’s Bike Cops for Kids program was one of the first groups to help raise awareness of Jaequan's business venture. And they're still supporting him. Monday, they were handing out free ice cream to those who bought hot dogs from Jaequan's stand.

"We love this kid because... you come out here, he's got a smile on his face every day. It's just an infectious smile," said MPD Officer Michael Kirchen. "We want a lot of people to wind out this summer coming to his hot dog stand and connecting with this young man."

Jaequan said he wants his stand to be the beginning of something.

"My hope this year is to be an inspiration," he said. "I want to inspire other young teens that live in north Minneapolis."

Jaequan hopes to stay open until September - when he starts high school.