A November ballot initiative will ask voters whether the Minneapolis city charter should be changed to make it easier for neighborhood restaurants to get liquor licenses. 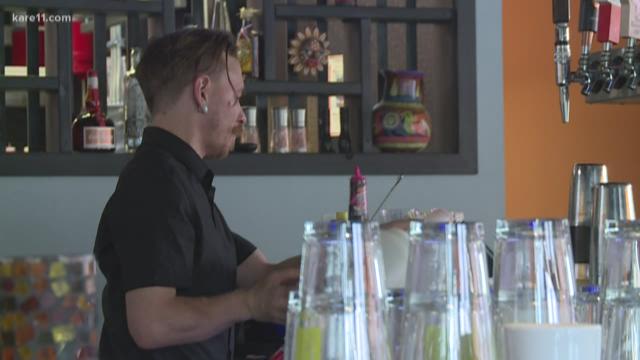 MINNEAPOLIS - At Tinto Kitchen in South Minneapolis, it took six whole months for owner Rebecca Illingworth Penichot to get a liquor license.

Just to sell a margarita, she needed approval from the Minnesota State Legislature and the governor before she could even take her application to the Minneapolis City Council. To navigate the process, she spent thousands of dollars on a licensing consultant— and missed out on liquor revenue the entire time.

"It's a pretty convoluted, long process," Illingworth Penichot said. She moved her restaurant to the corner of 50th and Penn last year. "The challenge was navigating through laws that are in place, that make it problematic to go from Point A to Point B."

Tinto Kitchen needed a special exemption from the state legislature because its new location was outside downtown, and outside a seven-acre commercial space. These spacing restrictions on liquor licenses are built into the city charter, which dates back to the late 19th century. Back then, the requirements were meant to help restrict liquor sales to the riverfront, where police walking their beats could keep a better eye on the activity.

But that was a long time ago.

More than a century later, voters in Minneapolis will now get a chance to amend that charter language this November.

A ballot initiative will ask voters whether they would like to change the area and spacing requirements for liquor licenses. If more than 55 percent of voters check "Yes," the charter will be changed to make the process easier for neighborhood restaurants. They would no longer have to go to the state legislature for a matter that has nothing to do with the state.

"This is just a measure to put the laws where we think they belong," said Steven Brown, the owner of two Southwest Minneapolis restaurants and a leading voice on the "Vote Yes On 1" campaign. "And that's with the city, not the state legislature."

At least 25 restaurants have sought special exemptions recently from the state legislature in order to sell liquor, and many of these neighborhood restaurants have joined the Vote Yes on 1 campaign. The Lowbrow in South Minneapolis has signs in support of the initiative placed on every table and at the bar.

There does not appear to be any organized opposition to the ballot initiative, but it may be fair for neighbors to wonder how a streamlined process would affect their neighborhood.

Advocates for the initiative say the current city laws will prevent restaurants from becoming rowdy.

"The city has plenty of ordinances describing how to control licensure," Brown said. "The bottom line is, if you're a bad actor, your license is up for annual renewal regardless."

Meanwhile, at Tinto Kitchen, revenue has seen a major boost since the restaurant received its liquor license a few months ago.

"Started July 3," Illingworth Penichot said. "And I had a very happy neighborhood."