Nurse donates a kidney for co-worker

Saaid Nur and Rosemary Manion have worked together for 13 years in the pediatric cardiac cath lab. But their bond now goes deeper than that. 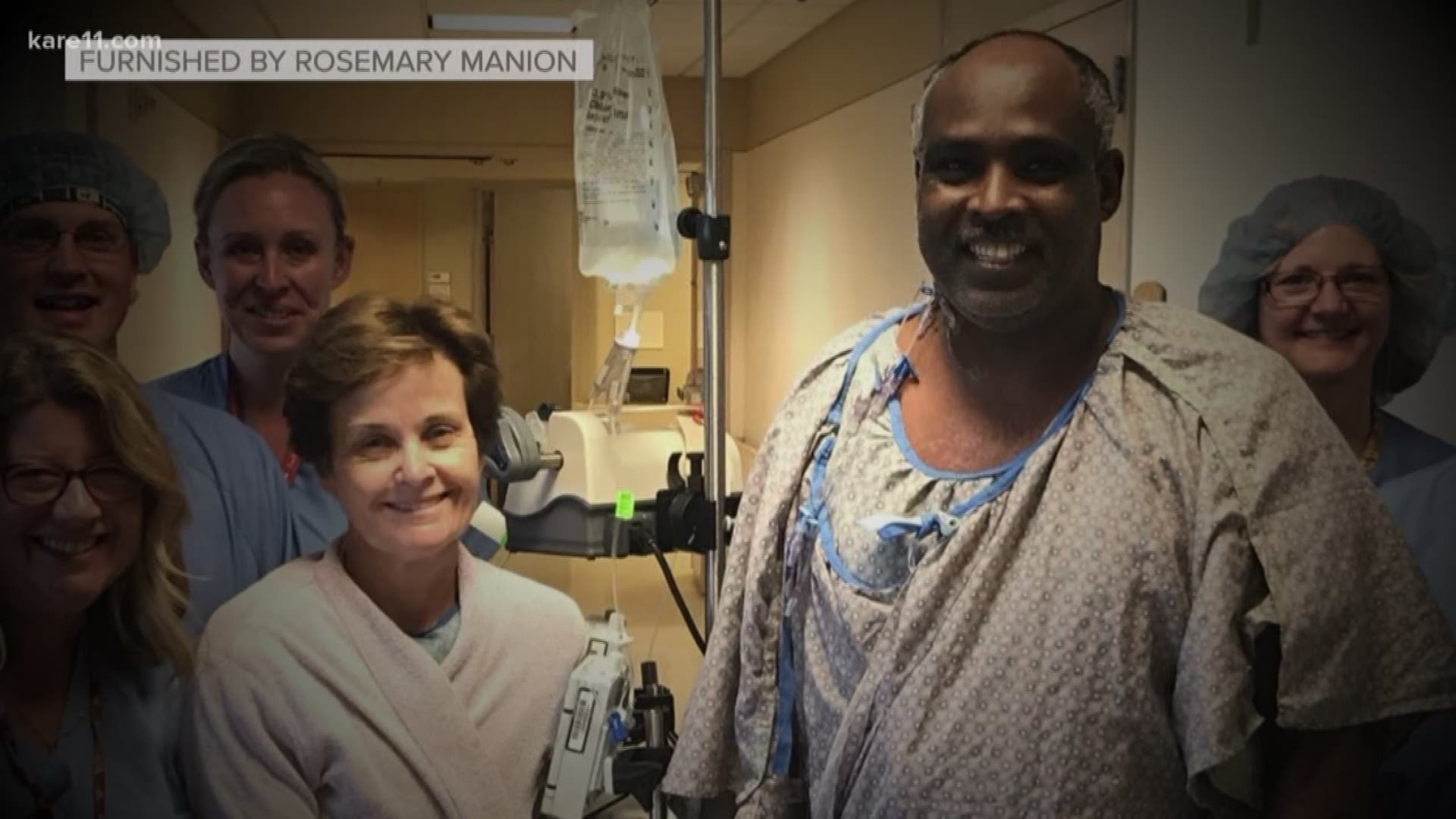 MINNEAPOLIS – When a Minneapolis nurse needed a kidney transplant, he didn’t have to look far.

Saaid Nur found help right by his side, from another nurse at University of Minnesota Masonic Children’s Hospital.

“Pretty much when he told me his kidneys were failing and at some point he'd need a transplant, I thought, ‘Why not me?’” Rosemary Manion said. “I just felt it was the right thing to do.

Nur and Manion have worked together for 13 years in the pediatric cardiac cath lab.

“I really appreciate what she did for me,” Nur said. “She's been a friend and she'll be a friend forever.”

After offering her kidney, Manion learned she wasn’t a match. So, she volunteered for a paired kidney exchange. Manion’s donated kidney went to another recipient in the Twin Cities, while Nur received a kidney from a donor in Atlanta.

The practice has become common at University of Minnesota Medical Center, where Nur and Manion both had their surgeries.

“It increases the number of people who are brought into the system as live donors,” said Timothy Pruett M.D., Executive Medical Director of Transplant Care at University of Minnesota Health.

If Manion hadn’t stepped forward, at least one other nurse in the cath lab had decided to do the same.

As it was, all the nurses and other lab staff worked extra hours to cover the shifts of Nur and Manion.

“I think we all just love each other like family and step up when we need to,” said Melissa Fetterley, another registered nurse in the lab.