"I think fate put us together," said NYPD officer Nancy Castro. "Almost like God put us in the right time, at the perfect moment there." 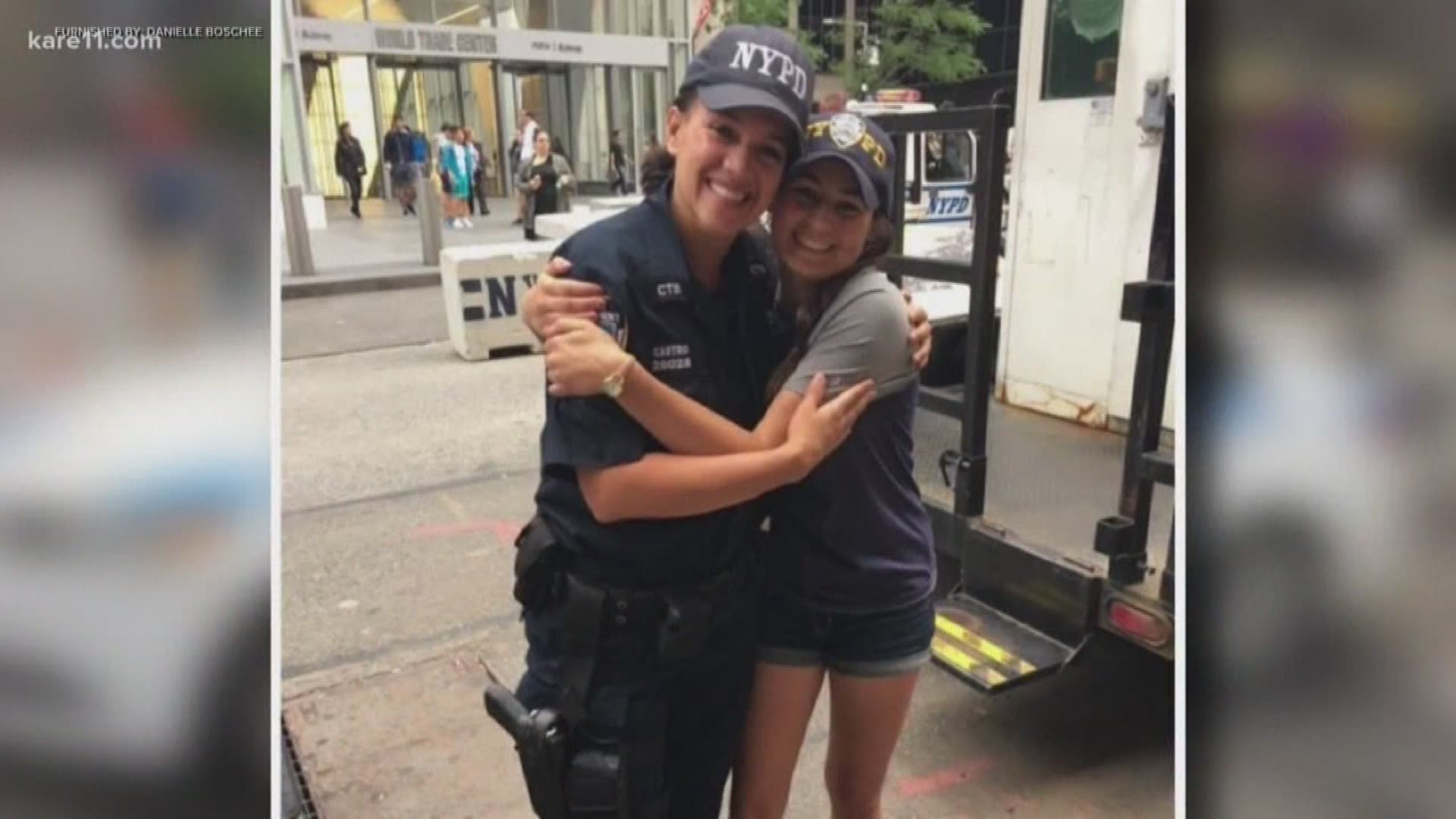 Two years after a chance encounter on a New York City street, an NYPD officer traveled more than 12-hundred miles to surprise a Minnesota teenager with whom she shares a special bond.

"I think fate put us together," said NYPD officer Nancy Castro. "Almost like God put us in the right time, at the perfect moment there."

In July of 2017, Castro, an officer for the NYPD Counterterrorism Bureau, was working a shift when she heard that a young woman outside her station was looking for a photo with a female NYPD officer.

"That was the only thing she wanted her whole vacation was to meet a female officer and that really touched my heart," Castro said.

She would soon learn the teen, Emmanuelle Boschee, traveled all the way from Prior Lake, Minnesota, because she wanted to pursue a career in law enforcement.

"We met a lot of different officers that day, just none that were female," said Danielle Boschee, Emmanuelle's mother. "She really wanted to meet a female, someone who looked like her."

"She just smiled with a big smile and started crying," officer Castro said.

Minutes later, Castro was crying too.

What Emmanuelle didn't know was that just a few days prior, Castro had buried her good friend, Detective Miositis Familia, who was ambushed by a gunman during a shift.

"I spoke to her one day before she got executed, so it was hard. It was hard," Castro said.

After struggling with her friend’s death and other attacks on officer, Castro says she was in a dark place. The photo with Emmanuelle gave her a renewed perspective.

"She helped me remember that there's another generation behind us that needs that guidance," officer Castro said. "To know that we have your back, like you have ours."

That's why, after two years of staying in touch online and mentoring from afar, Officer Castro is going the extra mile. Last fall, she began planning a suprise road trip to Minnesota for Emmanuelle's graduation.

"She's going to be here a whole week," Danielle Boschee said. "For someone that she's met once."

On Monday, Castro showed up to a special dinner to suprise Emmanuelle, days before she graduates from Prior Lake High School. She even got special approval from the NYPD Commissioner to wear her formal uniform to make the surprise that much more meaningful.

As she walked up, Emmanuelle screamed and gave her a big hug.

"She's just like the biggest inspiration to me," Emmanuelle said. "I'm so glad you're here."

"I'm here, I made your wish come true," Castro replied.

12-hundred miles may separate them, but they'll always be connected by a thin blue line.