The State Fair location will remain operational during the fair, special events at the fairgrounds and catered events. 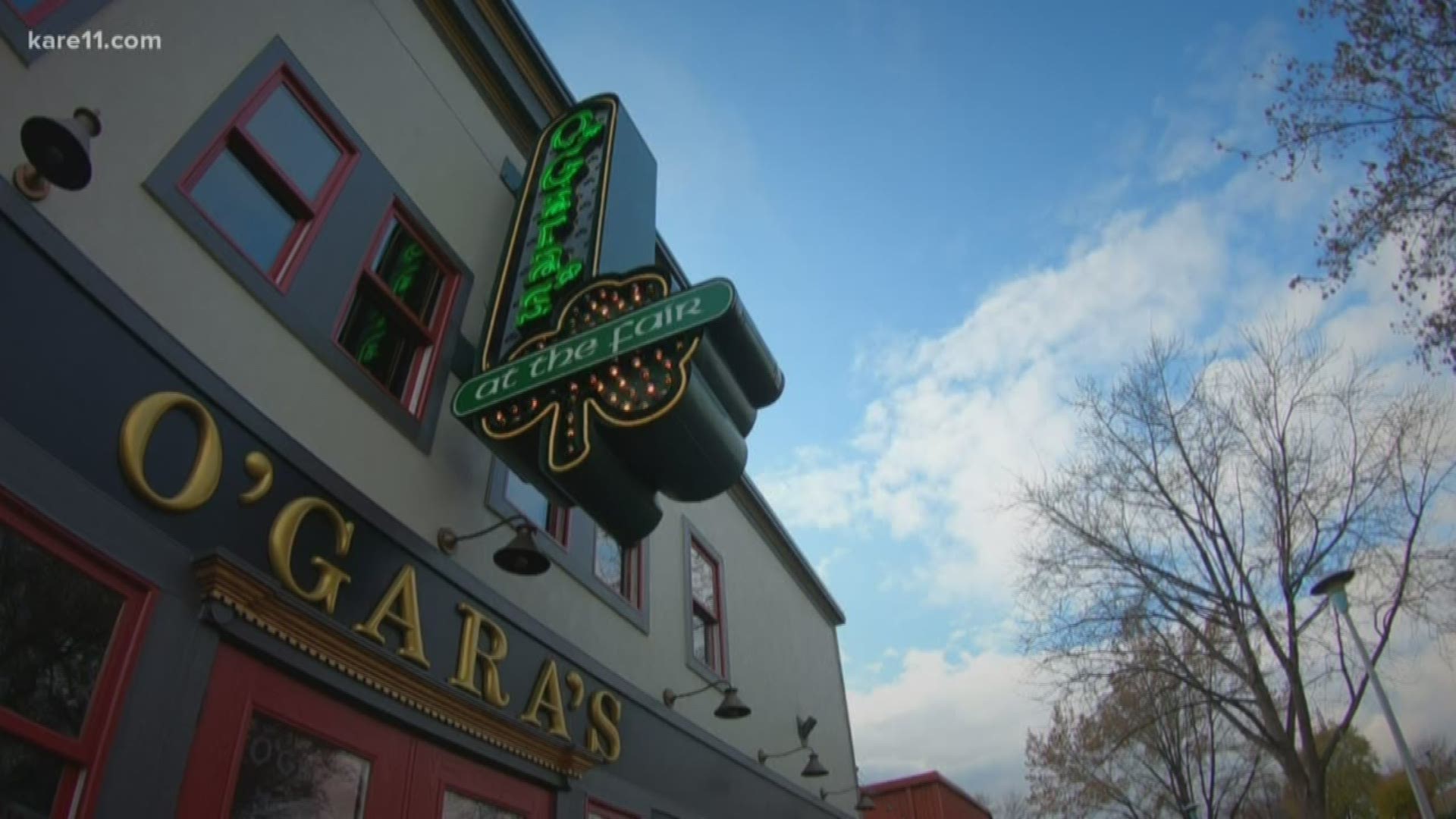 ST PAUL, Minn. — O'Gara's Bar announced a change of business plan, saying the iconic bar-restaurant will not be reopening their St. Paul location.

“It is with sadness that we share the news that we have decided not to re-open the original location,” said Dan O’Gara, the third-generation owner. “This decision was made after considerable reflection and analysis. My wife Kris and I understand how disappointing this will be to our long-standing patrons and staff. We want to thank everyone for the loyalty and joy that the neighborhood has shown us throughout the years.”

The State Fair location will remain operational during the fair, special events at the fairgrounds and catered events.

"While we initially intended to re-open in early 2020; ultimately, the changing regulatory environment and increased competition from tap rooms made re-entering the market in St. Paul financially untenable,” continued O’Gara.

O'Gara's had been a St. Paul institution for more than 75 years.

O'Gara says a number of factors contributed to his decision including St. Paul's new $15 minimum wage and safe and sick time requirements.

He also cited the increase in steady taxes and fees and state regulations on the three tier liquor system he says favors taprooms.

"I think over the next three to five years it's going to be very difficult for a single operator to succeed," said O'Gara.

O'Gara says he will continue to operate his state fair location and cater events and look for other ways to reconnect with customers.

MORE NEWS: McDonald's CEO steps down after relationship with employee