Over the last three years, Vikings fans have seen a lot of change, a new stadium, a new practice facility and more quarterbacks than you can count, this year it's digital tickets. 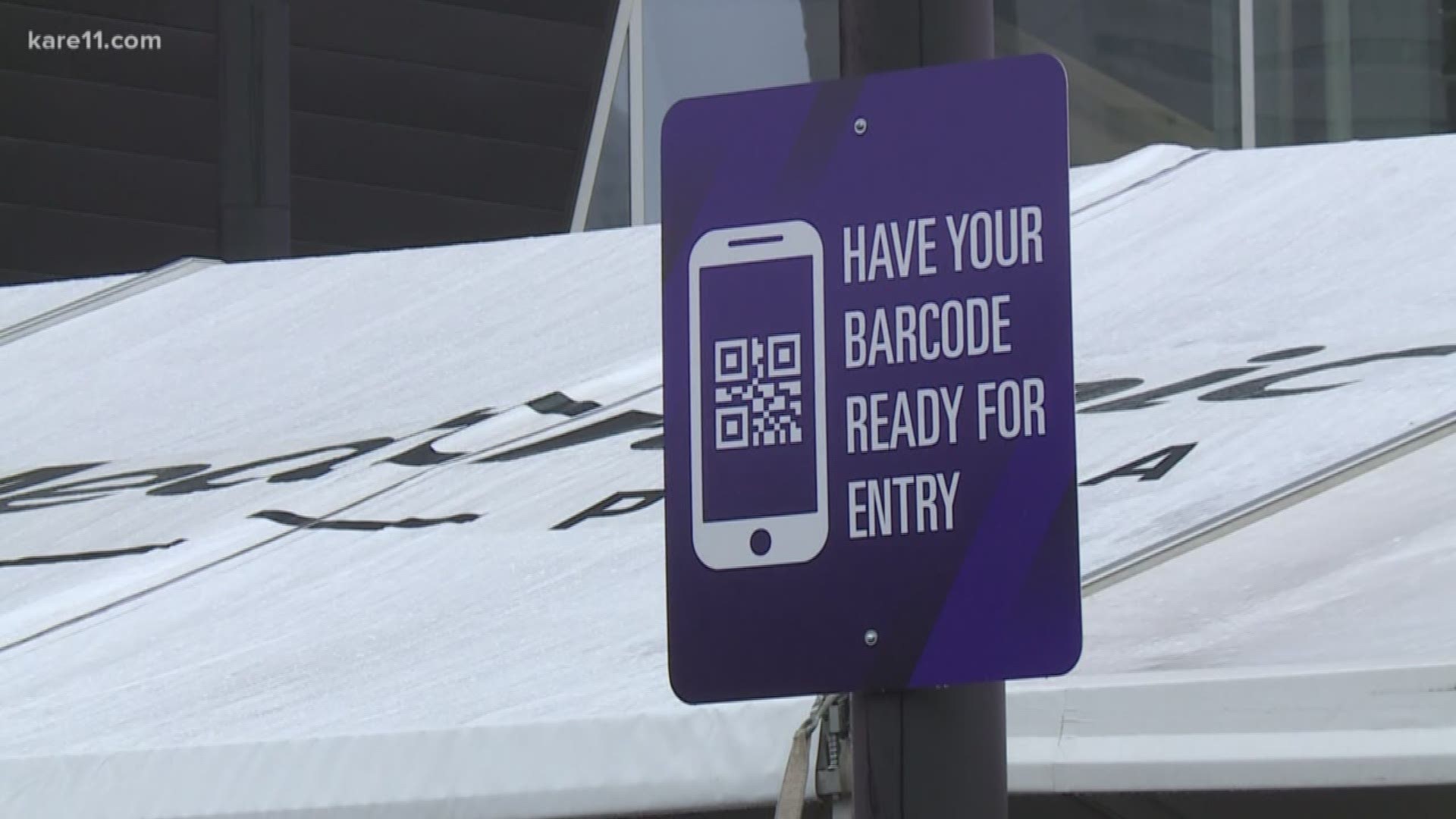 MINNEAPOLIS - Over the last three years, Vikings fans have seen a lot of change, a new stadium, a new practice facility and more quarterbacks than you can count.

This year it's digital tickets.

This will be the first season that all tickets at U.S. Bank Stadium will be digital-only.

While the team is ready for the change, Vikings fans have mixed feelings about saying goodbye to paper tickets.

"I'm not really savvy with the phones, so I'm not too happy with it," Bill Foster says.

Some fans like Peter and Jacki Flom have been using digital tickets ever since the team first launched them in 2016.

But they understand why other fans are leery of digital tickets.

"For those that don't have a smart phone it's probably a little difficult and they have to get used it," Peter says.

Team spokesman Jeff Anderson says the move to all-digital will eventually lead to shorter lines and should cut down on counterfeiting.

“Every game we see about a hundred fans who come in with fake tickets. Moving to digital will help with that,” Anderson explains.

The all-digital policy first took effect during the Vikings pre-season game against the Jaguars.

“We saw during that game that 98% of fans came in using their mobile phones. However, we had a handful of fans that don’t have a smart phone,” Anderson says.

Nicole and Todd Harrington recently came across that problem when they donated their tickets to a charity event this month.

“The people who bought them weren’t very tech savvy, but with a few emails and phone calls we were able to help them figure it out,” Nicole says.

The couple has had season tickets since the early 2000’s and have a prime tailgating spot a few blocks from the stadium.

Todd says he’s worried about his phone dying during those long hours tailgating in the cold.

“When it’s negative twenty and I have to try and keep my phone warm and standing in line for a half hour, what happens if my phone freezes on me? That’s a legit concern for fans,” Todd explains.

Team officials say in those situations fans should call the ticketing office or find one of the team’s ticket resolution workers who are staged at every gate.

“If there’s an issue that ticket worker can grab you, flag the problem and get you to the right person,” Anderson says.

The team has so far had two pre-season games to test out their new all-digital policy, but Anderson says the biggest test will be their first home game against the 49ers in September.