Paramedic’s stray from routine leads to evacuation of burning home

You could say that was the case on Thursday for Kathy Reitan, a paramedic for Allina Health. Leaving their base in Anoka, she and her partner Bruce Anderson took a right on 7th avenue. 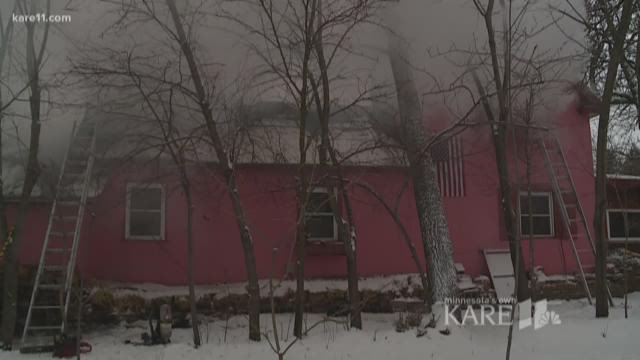 ANOKA, Minn. - Sometimes the most simple decisions have profound impacts in life.

You could say that was the case on Thursday for Kathy Reitan, a paramedic for Allina Health.

Leaving their base in Anoka, she and her partner Bruce Anderson took a right on 7th avenue.

“Generally we go out and we take a left. This time traffic was so bad we just happened to go to the right and as we came around the corner my partner and I noticed heavy brownish yellow smoke coming from the chimney. We both knew that's not a good color,” Kathy says about the smoke they saw coming out of a house.

Kathy says she started knocking on doors of the house, which has three different units inside.

One of the people inside was Gary Grandner.

“Got a knock at the door. It was this lady back here, an ambulance driver,” Gary says. “She said the house is on fire, get out.”

Gary says, until then, he had no idea the place he's lived for four years was burning.

“Not a clue, not a clue. Because we're in the lower unit and it happened in the attic. We couldn't even smell smoke or anything,” he says.

Three people were inside the home at the time. All of them were able to grab some belongings and get out safely before flames took over.

According to the Anoka Fire Department, firefighters were on the scene for nine hours. What started the fire is still under investigation. The home is considered a total loss, but things could have turned out much worse.

“Grateful. It's all in the timing,” Gary says while reflecting on Kathy's decision to turn right.

“We always go to the left, this time we went to the right and maybe it was meant to be,” Kathy says.

Kathy has been a paramedic for 36 years and was a firefighter for 15 years.

She says she's never had to evacuate a home like that before, but remains incredibly humble.

“I don't think I did anything that someone else wouldn't have done,” she says. “People watch out for other people.”