MyPark is rolling out its validation program at Mall of America. 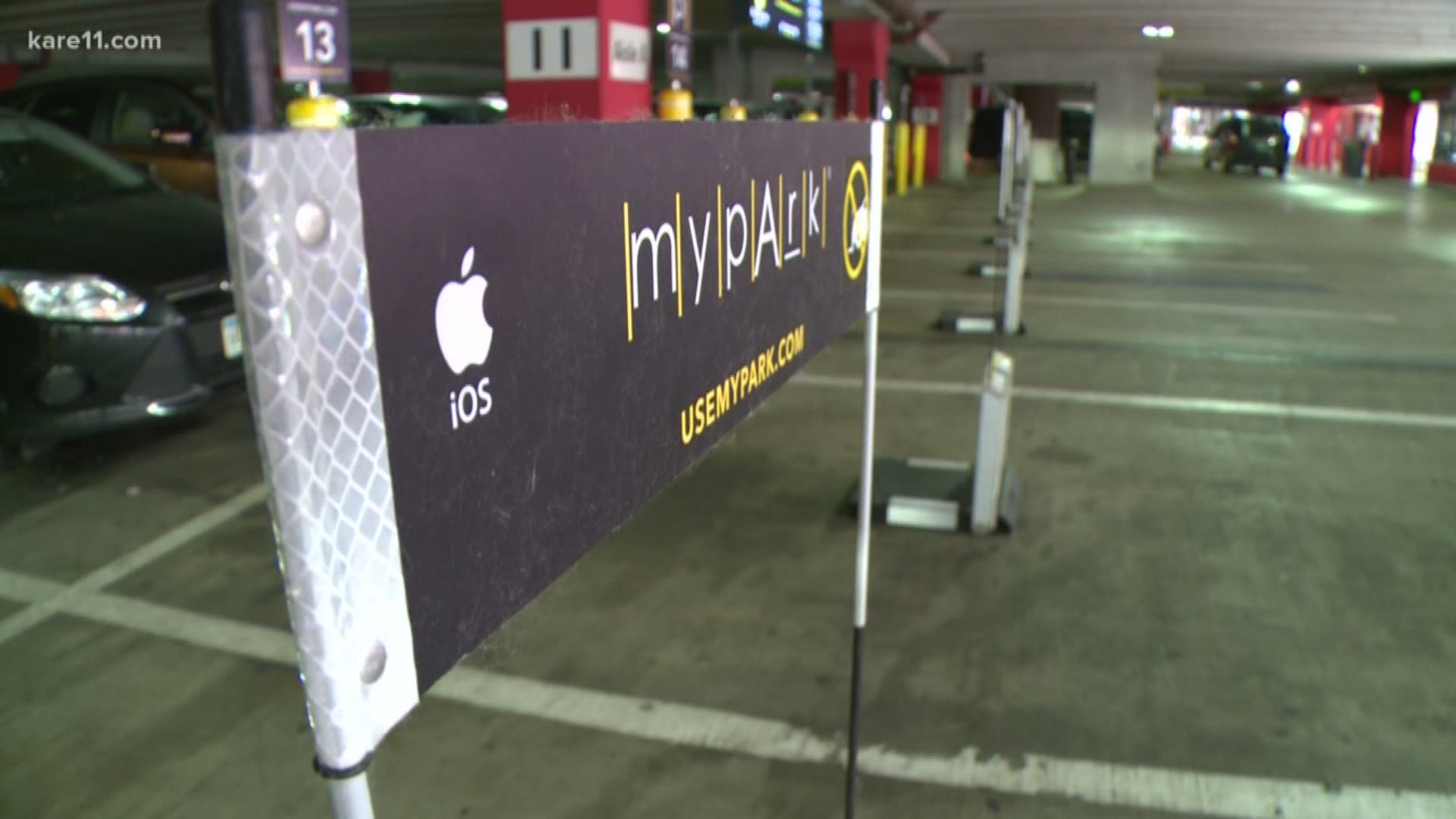 BLOOMINGTON, Minn. -- If you're looking to score a prime parking spot at Mall of America, there's an app for that. Now the Miami-based company is rolling out a validation program that would let customers pay less to park in those spots, or for free.

Shoppers have been using the MyPark app at MOA since October 2017.

"If you're going to dinner or you have a trip planned, it allows you to remove the hassle of looking for a parking space... the time you waste," said Luis Mayendia, CEO of MyPark.

There are 20 reserved spots at MOA: 10 at the East Garage and 10 at the West Garage on Level One.

Shoppers sign in to the app and confirm their reservation. Once at their reserved space, they tap "Let Me In" on the app and the gate will lower, allowing them access to park. It's $3 for the first two hours and then $3 each hour after that.

With thousands of free parking spaces to choose from, it can be a hard sell to pay for parking. But according to Sarah Townes, vice president of marketing at MOA, so far more than 5,000 reservations have been made since launching last year.

You can pay on demand or reserve up to six months in advance. According to Mayendia, the company already has reservations for Black Friday.

"They are premium parking places and for those certain high-traffic days, like Black Friday, when people know that they're going to come to the Mall of America and make that part of their holiday tradition... to be able to know that you have that spot ready and waiting for you right by the door... is definitely a motivator for certain individuals," Townes said.

MyPark is now rolling out its validation program that lets participating merchants reimburse its paying customers. Merchants are able to choose how much of the parking session they'll pay.

"When you're done eating, for example, you just ask your waiter to validate your MyPark session and then they input a code on your app and that automatically transfers... the session over to them. So you don't have to do anything else," Mayendia said.

Mayendia said they are currently talking to merchants at MOA about signing on to the program. He said they will soon announce the companies involved. Townes said MOA hopes customers can take advantage of it as early as this summer.

"The validation feature is particularly useful for helping merchants to further differentiate themselves and provide their customers with that next level of service," Townes said.

First-time users can try MyPark for free by using the code MYPARK1. To kick off the validation program, MyPark is also giving merchants a $100 credit for joining.