Police say it's not the first time they've responded to crashes in that area right in front of Wayzata High School. 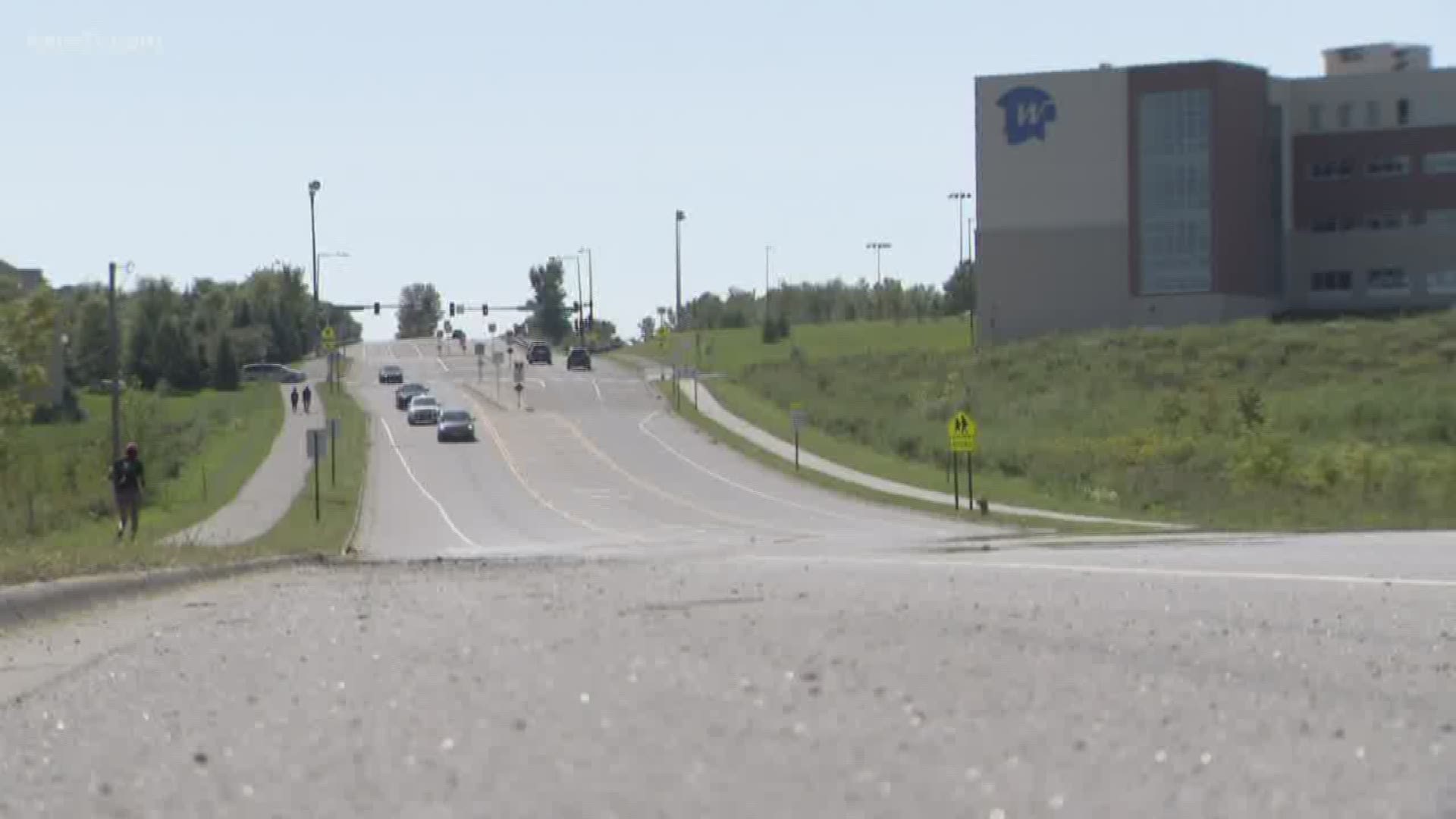 PLYMOUTH, Minn. - Plymouth police say they are continuing their investigation into a crash that seriously injured a pedestrian Friday afternoon.

Wayzata High School cross country coaches say it was one of their own athletes who was injured in that crash.

Police say it's not the first time they've responded to crashes in that area right in front of Wayzata High School.

"As far as calls for service there, whether it be minor crashes or something as serious as we had yesterday, there's a lot going on at that intersection," Sgt. Chris Kuklok said. "It has our attention and enforcement actions as well."

"He had some significant injuries and he was airlifted out of there by North Memorial," Sgt. Kuklok said.

Kelly Haglund says she spent the past several years in a constant state of worry sending her kids to school because of the traffic.

"This intersection is a nightmare," Haglund said. "Just had my last two kids graduate last year and every year they'd come home and go, 'Oh, there was another accident.'"

Haglund says the intersection is especially confusing because of the multiple speed limits and because coming up over the hill on Peony, the left lane suddenly turns into turning lanes, causing drivers to quickly switch lanes if they are heading straight.

"There's an accident waiting to happen every day," Haglund said.

Sgt. Kuklok says paying attention is a responsibility that falls on everyone near the intersection.

"You have to just boil it down to individual awareness and attention and focus and concentration on what you're doing at a very busy intersection," Kuklok said.

Wayzata Public Schools released this statement in response to the crash:

"The safety and well-being of our students is always our top priority. We are supporting those involved in the accident at this time and are committed to continuous efforts to make our campus and surrounding areas safe."