Photographer of 'Eagle Uber' explains how he got the shot 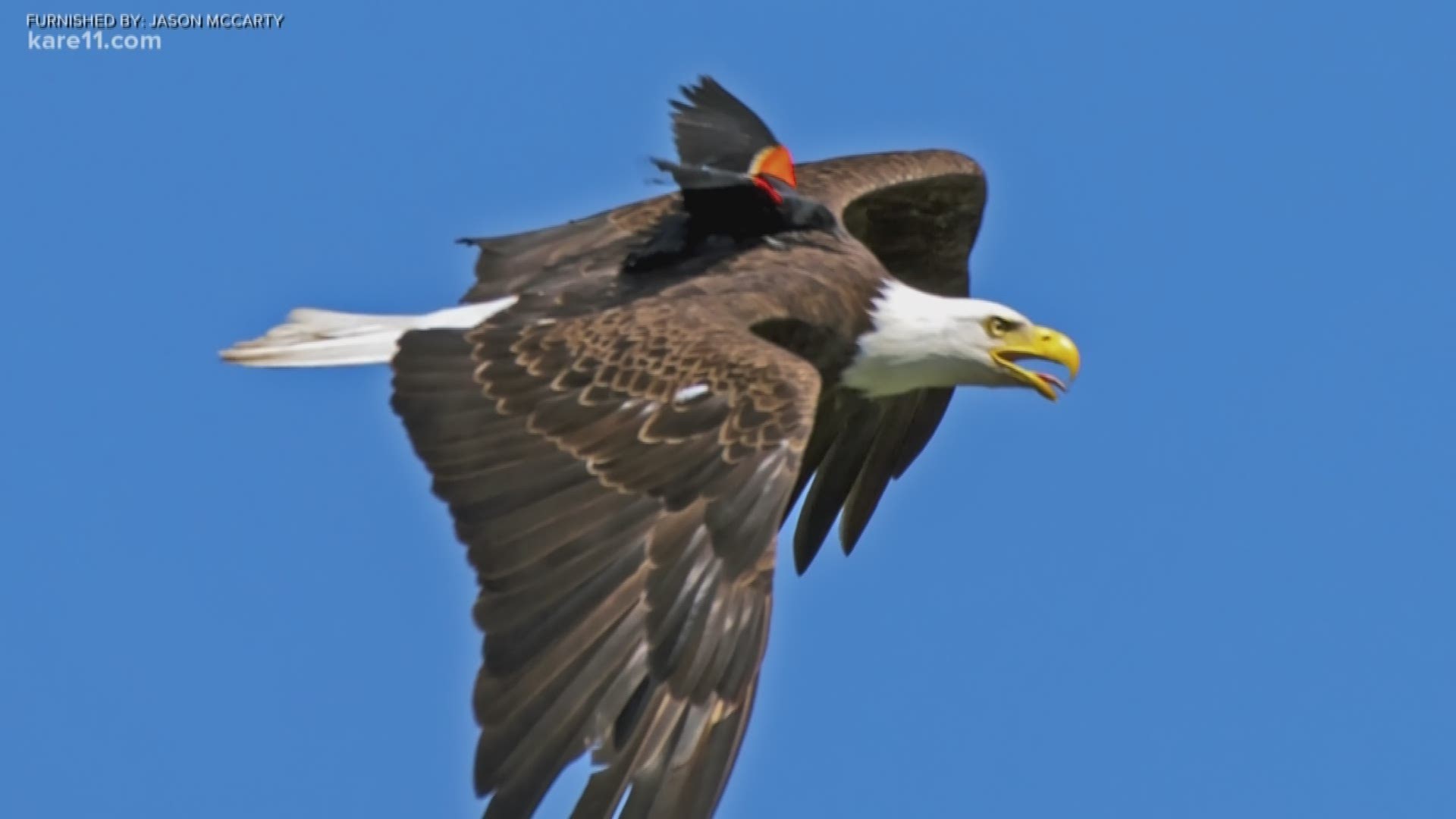 FRIDLEY, Minn. — A photograph of a red-winged blackbird riding on the back of a bald eagle has tickled social media followers, while bringing out Photoshop accusations from skeptics.

“I have the original raw file if they want to see it,” Jason McCarty says to his critics. “I don’t do that with my pictures, what you see is what you get.”

McCarty, an amateur wildlife photographer, was in the north metro a couple weeks ago when he trained his camera on a red-winged blackbird that appeared to be chasing an eagle.

A good photo got even better when the blackbird landed squarely on the eagle’s back as McCarty kept his finger on the shutter.

He wasn’t sure what he had captured until the birds parted ways. “Until I actually looked,” McCarty says, “and then I went ‘Whoa!”

The episode confirmed what McCarty had already learned about red-winged blackbirds. The birds are fanatically territorial and unafraid to take on anything else that flies their way.

“It's funny to see because they know they're so agile and quick the bigger birds can't do anything to them,” McCarty says.

Score one for the underdogs.

“They're like my schnauzers, little ankle biters,” McCarty says.