"We're the biggest [soccer tournament] in the western hemisphere." 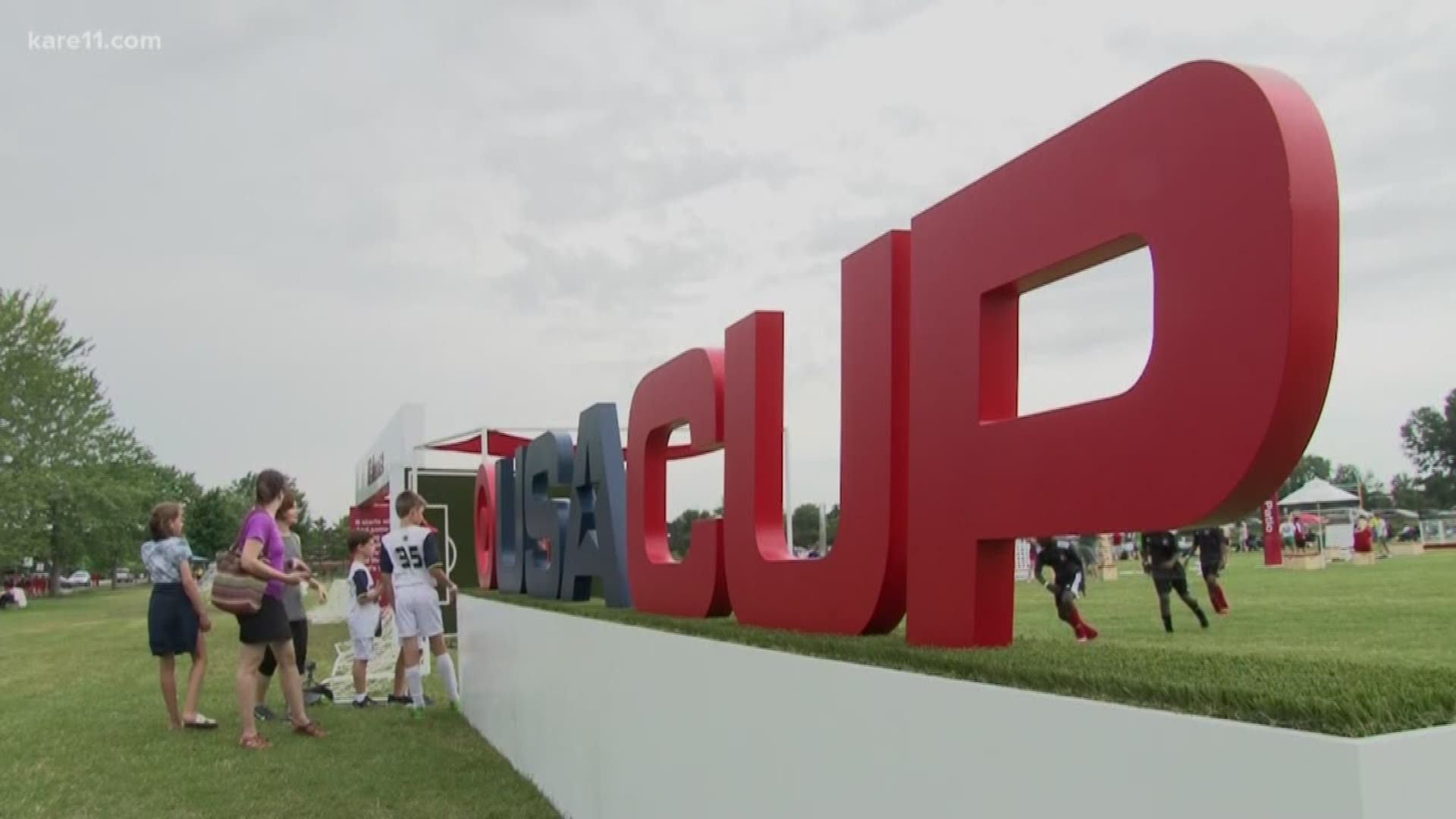 BLAINE, Minn. — The National Sports Center in Blaine will host 2,500 soccer games over the course of nine days during the Target USA Cup.

"We're the biggest [soccer tournament] in the western hemisphere," said Barclay Kruse, media director for the Cup and Chief Communications Officer for the National Sports Center.

Kruse says they expect about 27,000 visitors each day of the tournament. Over the next few days all of them will be trying to kick the heat.

"Heat problems have become less of a problem over the years," said Kruse.

He said that's because more coaches, parents, and players are making rest and staying hydrated a priority.

Still, in addition to having medics on staff, they also have a team following the weather.

"We track a thing called the WetBulb index, which takes into account temperature, humidity, cloud cover, and wind. It's really an accurate representation of how hot it feels to a human being," Kruse said.

They use flags to signal whether play will be impacted. Green means games go on like normal. Yellow means they'll add water breaks in the middle of each half. Red signals each half will be cut by five minutes. Black means games are suspended.

Kruse says they've only had to suspend games due to heat twice in the Cup's 35 year history.

The USA Cup runs through July 20.