The suspect is an 8-year-old student, authorities say. 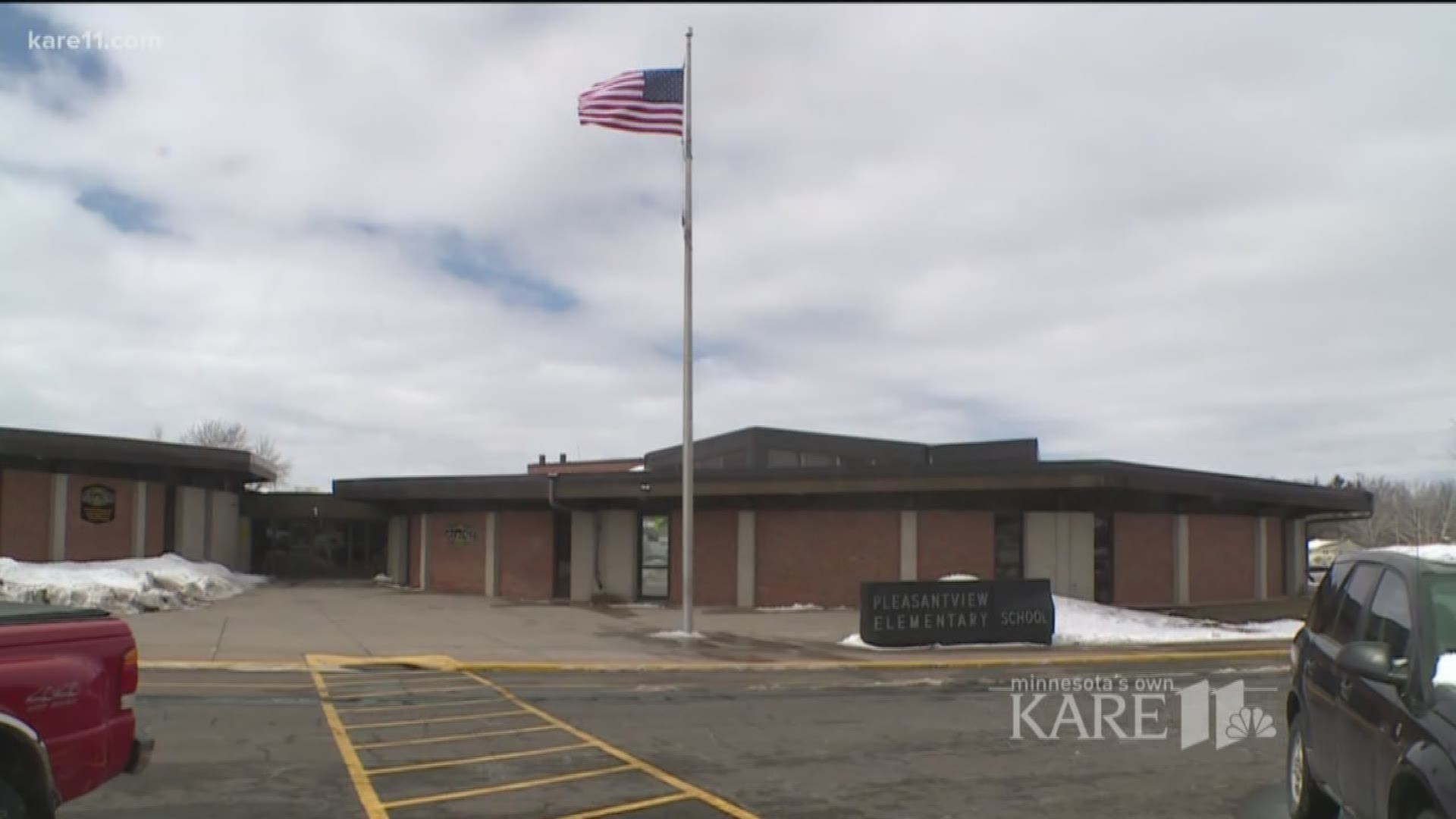 SAUK RAPIDS, Minn. — An 8-year-old student at Pleasantview Elementary School came to school with a knife Monday morning and attacked three fellow students, sending two of them to the hospital.

According to Sauk Rapids Police Chief Perry Beise, the children had "superficial wounds to the backs of their heads that needed to be stitched up." No one else was seriously injured. The victims are out of the hospital and at home recovering.

The incident was reported to police around 7:15 a.m. Authorities say the student suspect brought a kitchen knife from his home and "randomly" cut three other students. The victims were 8, 9 and 13 years old. The injured students, two which were taken to St. Cloud Hospital by their parents, were treated and released. Chief Beise says after stabbing his fellow students the suspect went to the school office and laid the knife down.

The suspect was taken into custody by Sauk Rapids Police and due to his age, was later released to his parents. The official police report will be forwarded to the Benton County Attorney's Office for potential charges.

Since the attack happened before school, classes went on as scheduled. Pleasantview has students in grades kindergarten through fifth grade. There are approximately 790 students enrolled at the elementary school.

"I was pretty shaken up. I got the email and I initially as a parent started crying because it gets you when your child is involved. It was really shocking," said Nadine Feia, who has two kids who attend the school.

"I feel comfortable enough with the staff and the district that they handled everything they could, the way they could. I have no problems with the school," said parent Treista Merdan.

Interim Superintendent Bruce Watkins called the incident "unfortunate." He said the student pulled the knife from his backpack in the hallway before school started, and added that staff and students traumatized by the incident will be able to speak with mental health workers if needed.

This morning we had an unfortunate incident that happened before school started. A Pleasantview primary-aged student entered the building and upon putting away his backpack, he pulled out a knife and began striking students with it. The incident resulted in three students being injured and the aggressor was contained in the office. Police, ambulance and parents were called and responded. The parents of the three injured students chose to transport their children either home or to receive further medical attention.

The incident took place in the hallway as students were heading to class. Currently, we are working with school support staff to identify and provide support to staff and students that may have been impacted by this incident. Mental health professionals are available on site at Pleasantview Elementary. Please know in situations like this the District’s discipline policy is applied and aggressive students are not allowed in the building(s).