Police pull drivers over to hand out help, not tickets

Some Minnesotans getting pulled over for traffic stops could be in for a big surprise, but it's actually a good one. 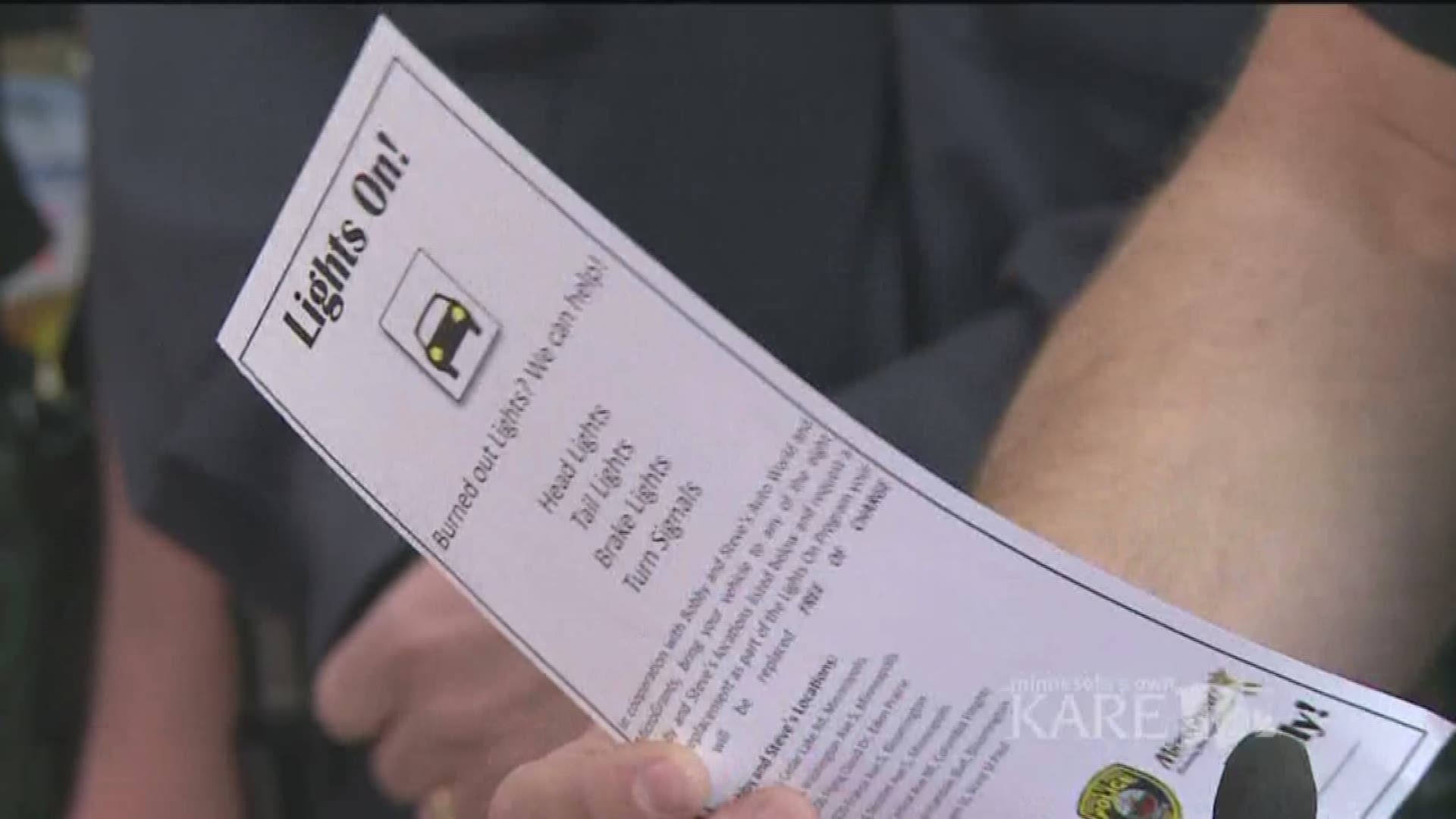 COLUMBIA HEIGHTS, Minn. - Some Minnesotans getting pulled over for traffic stops could be in for a big surprise, but it's actually a good one.

When a cop pulls you over and hands you a piece of paper, it's usually going to cost you.

That wasn't the case for single mother Dora Vargas, who was pulled over for a broken tail light last week and given a free voucher to get it fixed.

"First I thought it was a joke, because nobody is going to give you anything for free," she said.

It's all part of the Lights On program started by MicroGrants, a local group that's funding it with $20,000 to get things rolling.
"We've only been doing it for two weeks, but I'm aware of one officer who gave five out the first night he had them within his shift," said Brooklyn Park Police Deputy Chief Mark Bruley.

The program allows officers like Sgt. Corey Slifko of the South Saint Paul Police to find broken tail lights or headlights, and give the owners a free replacement at one of eight Bobby and Steve's Auto locations in the metro.

The goal of the program is to help people avoid the cost of replacing a bulb, which may be about $30, or even worse, a ticket that could reach hundreds of dollars. That's a cost some drivers simply can't afford.

"Maybe they get their drivers license suspended, now they get stopped for driving after a suspension," Slifko said.

Vargas is one of the drivers who is grateful for the helping hand. She has three kids back at home.

"It's very hard when someone's a single parent trying to go to work and they stop you for a light and it's the last thing you want to get on that day," she said. "Having this voucher and having it fixed really makes a huge difference."