Police in the Twin Cities are warning kids about the dangers of playing "Nerf Wars," which have resulted in serious and even fatal accidents over the past few years. 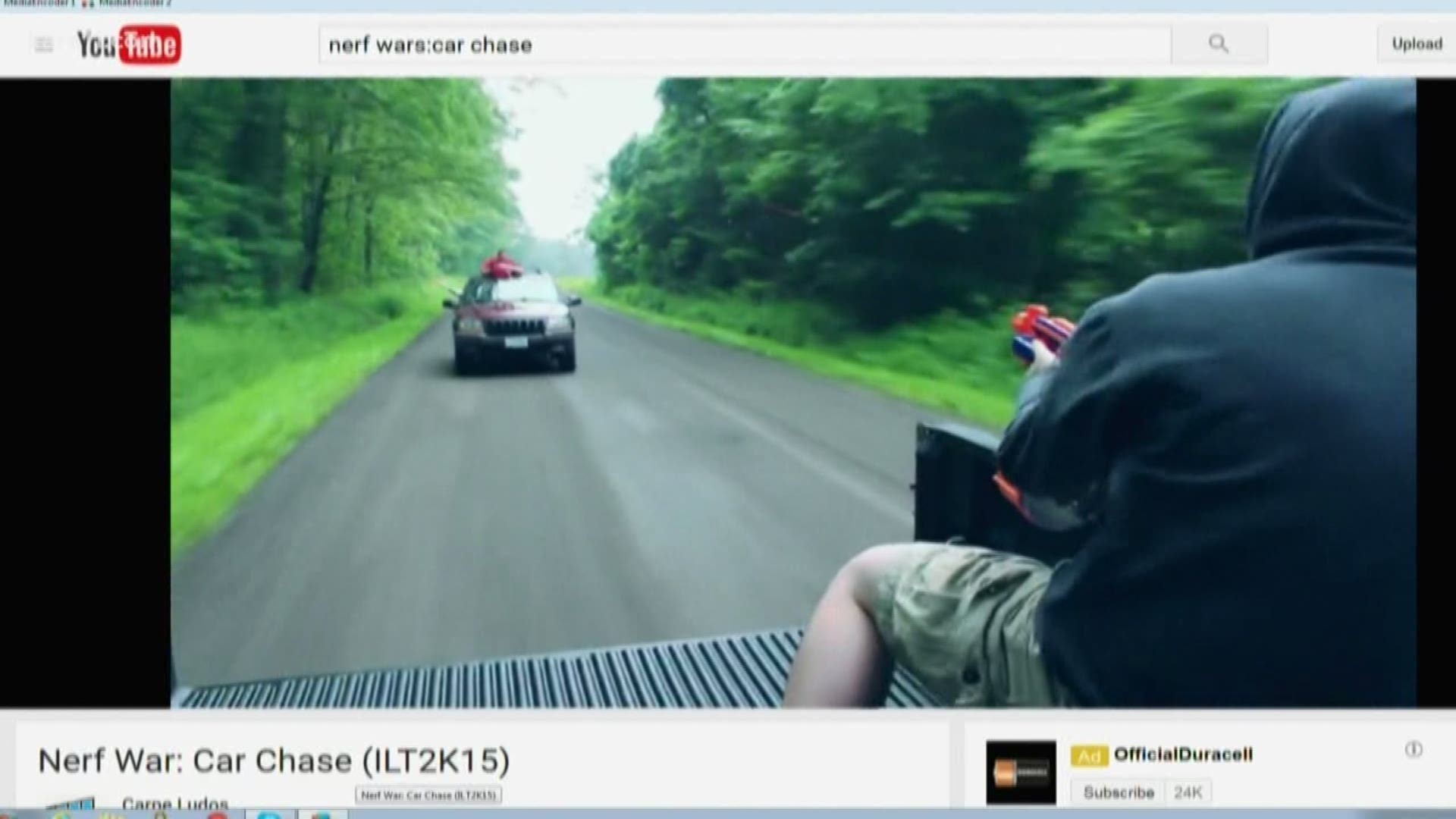 EDINA -- Now that it's spring, police departments across the Twin Cities are once again issuing warnings about "Nerf Wars."

"I was walking through the high school parking lot yesterday and just so happened to find a projectile," Edina School Resource Officer Morgan Piper said. "So, to me, that's a good indicator that this is about to start again."

Piper said the game is played by high school and middle school students, who go to great lengths to hit each other with Nerf guns and win prize money as the "last person standing." However, the game often involves older kids driving from location to location, sometimes in a reckless manner.

She also said some kids trample onto private property to strike their classmates with Nerf guns inside their homes.

"We have a lot of kids that just don't yet understand," Piper said. "They're not mature enough yet to understand the consequences of their actions."

The consequences can be disastrous. In Waconia last year, six students were involved in a crash during a Nerf Wars outing. In 20-16, Armstong High School students hit a car and hurt innocent bystanders, and in 20-15, two Lakeville South students died in a car accident during Nerf Wars. The Lakeville families, along with one of the surviving teens, is suing the distict among other defendants. The lawsuit alleges the district knew the game was happening but failed to take action to intervene.

"It's the same thing if a school knew a big drinking party was going on," Bryant said. "They would at least tell someone and say, this is what we need to do."

The Lakeville Area Schools have denied any liability, pointing out that Nerf Wars was not a sanctioned or support activity and happened off school grounds when school was already over for the week.

"They're able to communicate more freely now," Piper said, "and that just exponentially grows the number that are playing."

Chaska Police also issued a warning on their Facebook page, telling parents to talk to their kids. They believe students are starting to begin playing this weekend.