The 2020 Minnesota legislative session starts February 11 and a top item for lawmakers will be the state's bonding bill. 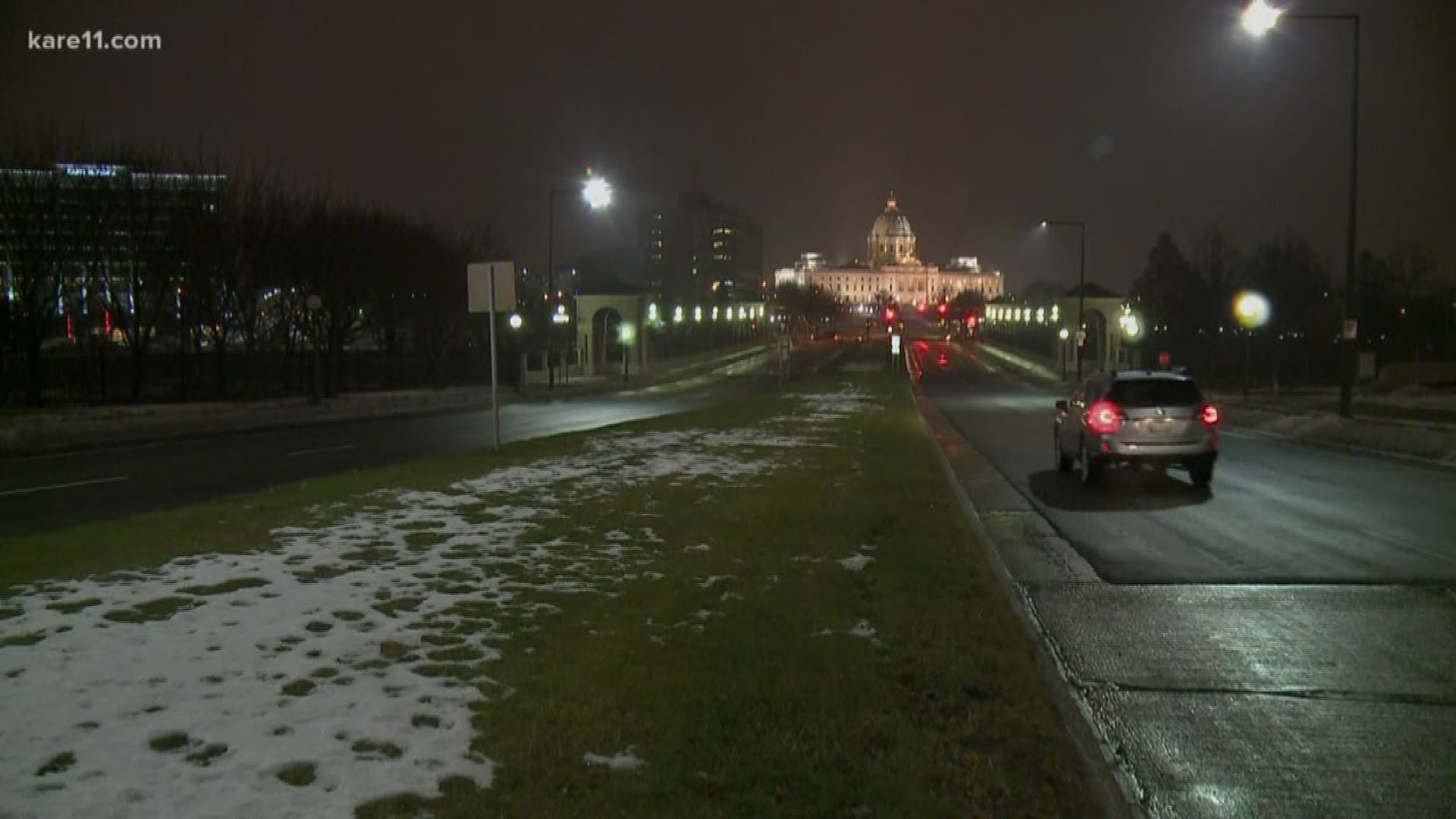 ST PAUL, Minn. — Minnesota lawmakers are getting set to open their 2020 legislative session, with Democrats and Republicans uneasily sharing power and another high-stakes election only months away.

The political climate as the session opens Tuesday suggests that there will be little headway made on divisive issues such as gun safety and recreational marijuana, though there could be progress helping diabetics who struggle to afford lifesaving insulin, which was a major issue left over from the 2019 session.

"No matter what's going to be on the agenda, right now the evidence looks like the Democrats and Republicans are really far apart on agreements," said David Schultz, a political science professor at Hamline University.

The session is expected to focus on finding a compromise on a public infrastructure projects bill that would close the big gap between what members of each party want to spend.

Here’s a look at some major issues:

A borrowing package known as a bonding bill traditionally tops the agenda in election years. Democratic Gov. Tim Walz has already proposed a $2 billion list of infrastructure projects. Republican Senate Majority Leader Paul Gazelka would rather the state spend less than $1 billion, while Democrats who control the House are talking about spending as much as $3.5 million.

Final bonding bills are typically the product of tough, closed-door negotiations late in the session. The governor and legislative leaders say they’d like to keep the process transparent this time, but they gave no guarantees.

Bonding bills take a three-fifths majority to pass, so Republican support would be needed in both chambers.

The state has a projected $1.3 billion budget surplus. Walz said he wants to stash part it in the state’s rainy day fund and use most of the rest to service the debt on his bonding proposal.

House Democrats want to spend as much as $500 million for a one-time bump in spending on early childhood education and child care.

Lawmakers came close last year to approving free emergency insulin supplies. But the deal fell apart at the end of the session. Months of talks since then have failed to yield an agreement. Still, insulin is seen as one of the better opportunities for bipartisan compromise this session.

"Both sides agree that the price of insulin has gotten too high," Schultz said. "The difference is in terms of how they're going to do that. Specifically, who's going to pay for it."

House Democrats have taken their emergency insulin plan and combined it with a Senate GOP plan for free long-term insulin supplies for qualifying patients. Democrats say insulin makers created the problem and should shoulder most of the costs. Republicans say a solution would be easier if Democrats weren't so bent on punishing the industry.

One of the top priorities of House Democrats is passing laws that would require universal background checks on gun transfers and allow courts to temporarily take guns away from people who are judged to be an immediate risk to themselves or others. Hortman said similar laws enacted in Republican-led states are already reducing gun violence, including suicides.

“So we are standing in the moderate middle on gun violence prevention and we are waiting for Republicans to join us,” Hortman said.

Senate Republicans remain adamantly opposed to both gun control proposals. Gazelka said he doesn’t plan to call either for a vote. A better chance for bipartisan cooperation could be increasing penalties for straw buyers of firearms who pass them to people who can’t legally have guns, he said.

“Right now that’s just a misdemeanor, and we think that should be a felony," Galzeka said. “We think that’s something that we could actually do.”

Democratic leaders behind a push for legalizing recreational marijuana acknowledge that it probably won’t pass this year. Although it might not even get a House floor vote, they plan to get the discussion going in earnest.

House Majority Leader Ryan Winkler and Senate Minority Leader Jeff Hayden said their bill will reflect lessons learned from every state that has legalized recreational marijuana so far. They said they’re more than happy to make it an election issue if Republicans block the discussion.

Gazelka said he's open to looking for ways to reduce the costs of Minnesota’s medical marijuana program, which is among the most restrictive in the country, but only as long as it doesn’t open the door to legalizing recreational marijuana.

"I think you'll see some hearings. I wouldn't be surprised if you see the Democratically-controlled House pass a recreation marijuana bill but I think it's relatively unlikely that the Republicans will do so," Schultz said.

Republican leaders want to see big changes at the Department of Human Services, which has been rocked by what the Legislative Auditor calls “troubling dysfunction.”

There has already been discussion about breaking up the agency — the largest in state government — to make it more governable. Walz hired outside experts to study whether that's a solution.

“If Republicans are interested having a substantive discussion on how we can serve Minnesotans better, we’re all in,” Hortman said. “If they want to create a political football to beat up Tim Walz, we’re not playing.”

Democratic Secretary of State Steve Simon and a bipartisan group of lawmakers want to swiftly enact a bill to protect the privacy of Minnesotans who vote in the Super Tuesday presidential primary March 3. Minnesota doesn't have party registration, but current state law requires Simon to give the major parties lists of names and party preferences of presidential primary voters. The bill would prevent the parties from using that data for anything but verification.

They say it's urgent because some citizens are reluctant to vote in the state’s first presidential primary since 1992 if their data is going to be shared.

While there’s some GOP support, one influential Republican, Sen. Mary Kiffmeyer, of Big Lake, a former secretary of state whose committee oversees election laws, may have the power to stop it. Kiffmeyer said she opposes changing the rules in the middle of the process.

Republicans have been sounding alarms about rising crime on Metro Transit light-rail trains and buses. Train drivers testified recently that they often fear for their safety. One GOP proposal would commission an independent safety assessment. A Democratic proposal would place unarmed “transit ambassadors” on trains to deescalate conflicts.