2020 session will go down as one of Minnesota's strangest

In the final weekend, the main question is whether lawmakers can agree on a public construction borrowing package known as a bonding bill. 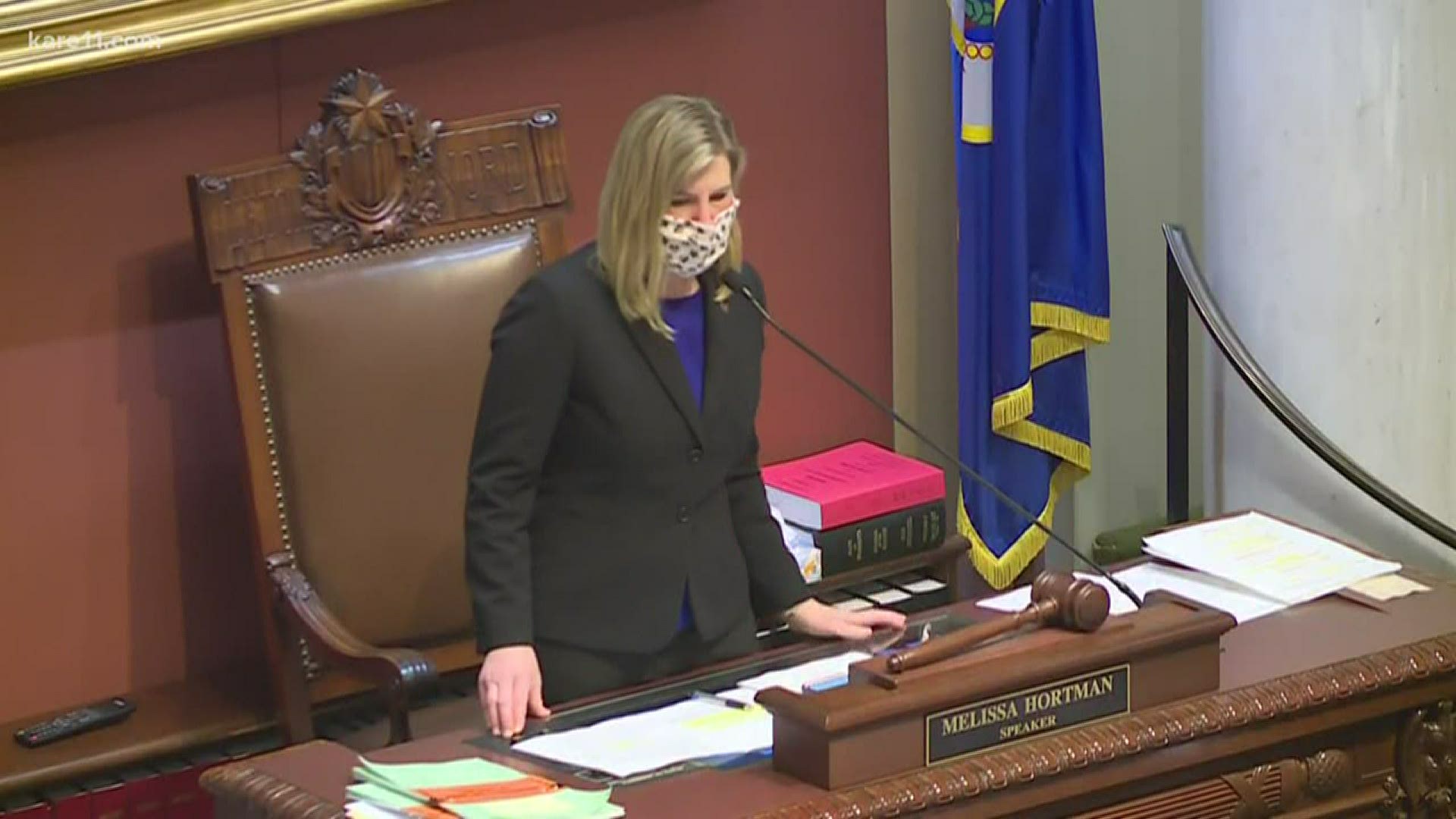 ST PAUL, Minn. — The 2020 session of the Minnesota Legislature will go down as one of its strangest. Work ground to a halt while lawmakers figured out how to conduct the people's business during the coronavirus pandemic. But lawmakers got some important work accomplished anyway, including passing $500 million in COVID-19 relief. Most controversial proposals fell by the wayside.

Here's a look at what the Legislature has and hasn't accomplished going into the final weekend of the regular session:

The most important task of legislative sessions in even-numbered years is passing a public construction borrowing package known as a bonding bill. While all sides insist it's a top priority, there's been little visible progress toward a deal that could win the necessary three-fifths bipartisan majority in both chambers. The House Democratic majority plans a floor vote Saturday on a $2 billion package of projects. But House Minority Leader Kurt Daudt was threatening to withhold Republican votes. Republican Senate Majority Leader Paul Gazelka said Friday that behind-the-scenes discussions were underway about a package worth just over $1 billion.

As a condition of ratifying state employee contracts, Republicans want to freeze a 2.5% pay increase that's coming to unionized state workers in the final year of their two-year contracts. They point to the severe hit state finances have taken and all the Minnesota reside,ts who have lost jobs. Democrats object, saying the contracts cover frontline workers. If the Legislature can't agree, the old contract terms kick back in, meaning pay cuts. Democratic Gov. Tim Walz pointed out Friday that the contacts include cost savings on health insurance that would go away, negating the overall savings.

Senate Republicans want greater oversight of how Minnesota spends its nearly $2 billion in aid under the federal CARES Act. They proposed a formula for distributing about $667 million of it to local governments that House Democrats say is unfair to bigger counties and cities. If there's no compromise, Walz can decide how to distribute the money. Democratic House Speaker Melissa Hortman has indicated that that would be fine with her.

With relatively little fuss, the Legislature approved several COVID-19 relief packages totaling around $500 million, much of it for equipment. Officials expect federal aid will ultimately reimburse much of the costs.

The Legislature authorized Secretary of State Steve Simon to spend $17 million in federal election security money, some of which will go toward holding the August primary and November general elections safely. Republicans would not accept proposals from Simon and other Democrats for a big switch to mail-in voting. So Simon is encouraging residents to take advantage of existing rules that make it easy for them to vote by mail with absentee ballots.

Insulin and other drugs

Lawmakers agreed on an insulin affordability bill that was among the big pieces of unfinished business from the 2019 session. The drawn-out negotiations produced a compromise that combined major elements of both parties' proposals: emergency supplies for diabetics who run out and can't afford refills and a longer-term program for patients who meet income thresholds. Lawmakers also approved a drug price transparency bill aimed at discouraging big price hikes.

The House and Senate agreed to raise the state's tobacco age to 21, putting Minnesota in line with federal law while making the age limit easier to enforce. The surge in teen vaping, which is also covered, helped drive the approval.

The Legislature must adjourn by Monday, but all bills must pass by late Sunday. Monday is reserved for speeches by retiring lawmakers. One thing that has sapped some of the urgency is that if Walz, as expected, extends his peacetime state of emergency past June 12, he must call a special session. That would give lawmakers more time to complete unfinished business. Gazelka said he was 90% sure they'll be back, but he'd like to limit the special session to COVID-19 measures.