2021 Session off to a mostly virtual start

State lawmakers returned the Minnesota Capitol Tuesday, but many made the trip only in spirit, logging in from home or their legislative offices due to the pandemic 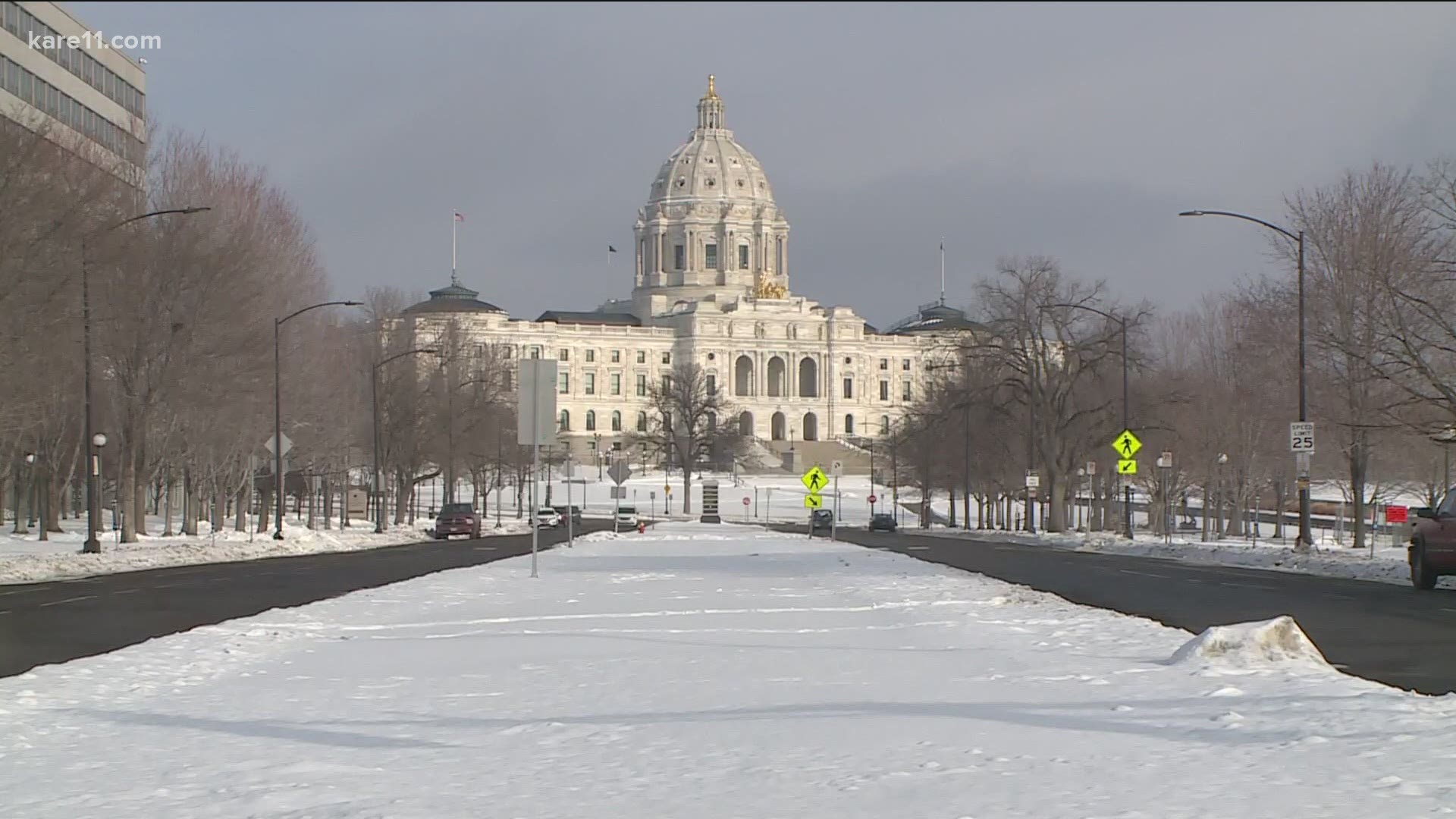 ere was no sign of the normal class reunion vibe with hugs, high fives and selfies. The pandemic protocol dictated a much more subdued launch at the State Capitol.

In fact, 113 of 134 House members took their oaths of office from remote locations around the Capitol complex and other places in order to limit exposure the coronavirus inside the House Chamber.  They appeared in groups of nine a TV monitor on the House floor, split up "Brady Bunch" style, to be sworn in by Supreme Court Justice Paul Thissen.

"By operating remotely, things will look different, things will feel different," DFL House Speaker Melissa Hortman told reporters, holding out high hopes the session will still be productive as the 2019-2020 sessions were.

"We will fight like hell for the principles that we stand for, and no doubt Senate Republicans will do the same. But in the end, I believe we will compromise, and we will enact a budget that’s in the best interest of Minnesotans."

Most state senators also were sworn in online, but one at a time, while others took their oaths in person. It's a sign of the times, but the hope is eventually the times will be changing.

"I hope by May that we’re all in person because that final month is really important to negotiate, and close the deals," GOP Senate Majority Leader Paul Gazelka told KARE.

"The body language, reading everything about what’s going on really matters when you’re negotiating."

All members in both chambers are serving two-year terms this time around, because the legislative district maps must be redrawn before the 2022 election to reflect population shifts seen in the 2020 Census.

113 of 134 House members took their oaths from home or Capitol offices as part of the pandemic protocol. They were sworn in 9 at a time, appearing on a monitor Brady Bunch style. Supreme Court Assoc. Justice Paul Thissen, a former House Speaker, did the honors. pic.twitter.com/PY7ttAHl1x

The 2021 session brings a lot of firsts. Sen. Omar Fateh of Minneapolis is the first Somali-American in the Senate. Sen. Mary Kunesh of New Brighton, who spent two terms in the MN House, became the first Indigenous Native American woman in Senate.

"This is group of determined and hopeful senators who will be real assets to this important work," DFL Senate Minority Leaders Susan Kent told reporters Tuesday.

"Each of them is focused on support, relief and recovery for Minnesotans health, economy and communities."

Republican Julia Coleman – at age 29 – became the youngest person ever elected to the Minnesota Senate. Coleman is a Chanhassen City Council member and the daughter-in-law of former US Sen. Norm Coleman.

Lawmakers must balance the budget for the FY 2022-2023. The latest projection pointed to a $1.3 billion shortfall for that two-year cycle, that begins July 1.

They'll also focus on COVID-19 relief, looking to bolster those who aren't getting help through the federal relief packages passed by Congress at the end of 2020.

Capitol Democrats and Republicans will continue to spar over Gov. Tim Walz's peacetime emergency powers, which have enabled him to order temporary restrictions on youth sports, fitness centers, churches, restaurants and bars throughout the pandemic.

Senate Republicans have made several attempts to strip the governor's powers, asserting that lawmakers should oversee the state's response to COVID. They'd like to put more power in the hands of local communities to decide restrictions.

"We know the severity, we know that we want to keep Minnesotans safe, but we also do want to restore the legislature to its status as a coequal branch of government and we want to work with the governor," Republican House Minority Leader Kurt Daudt explained.

Democrats have argued that Gov. Walz needs the flexibility to move quickly to deal with the crisis, to move supplies and personnel where they are needed.

Lawmakers will automatically gain control over how federal COVID relief money is spent now that they're in regular session.

"Now that we’re back in town we are involved in every appropriations decision," Speaker Hortman remarked.

"I think that’s going to go a long way to resolve some of the tension. We will also continue to have some tension over certain executive orders governor has decided to take."