A green wave swept the country on Election Day, but the pull of marijuana candidates may have had made legalization more complicated in Minnesota.

MINNEAPOLIS — At a time when the country appears as deeply divided as ever, marijuana appears to be the one issue that has broad, bipartisan support.

On Election Day, all four states with recreational pot on the ballot - New Jersey, Arizona, Montana and South Dakota - voted in favor of it. That means 15 states will soon fully legalize it.

"There are different reasons," said Larry Jacobs, political science professor at the University of Minnesota. "In some states it's a genuine embrace of marijuana. In other states it's a fiscally conservative move, in a time of massive state budget deficits."

Jacobs says there is no doubt that recreational pot can bring a big boost in state tax revenue. He believes that's one more reason why it will come up for debate in Minnesota again next year.

"I expect the DFL will be highly motivated," Jacobs said.

"It's supported by two-third of Americans broadly," Winkler said. "It's widely supported in red states and blue states and it is time for Minnesota to get on board with that approach."

Winkler has been working on a bill to to pass recreational marijuana bill for several years now, and he believes it will happen eventually. But he says the DFL can't do it alone.

"At the very least, there should be an opportunity to put it on the ballot and have Minnesota voters choose," Winkler said. "But really this should be done at the legislature and they should get on board. The problem is that the Republican leaders are dead-set against legalizing cannabis in the Minnesota Senate."

Winkler says that isn't to say the issue doesn't have Republican support in the Senate, especially in a tight budget year.

"I think if you put the bill up for a vote in the senate, I think they would have the votes on both sides to pass it," he said. "but their leadership has been so against it that overcoming their opposition is the real challenge."

Jacobs says part of that opposition could come from how marijuana party candidates impact Minnesota elections, especially in down ballot races. Take Congressional District One for instance. Legalize Cannabis candidate Bill Rood got 5.8% of the vote according to the most recent count. Republican Jim Hagedorn is currently winning the district by less than three percent.

"The Republican party, which has benefitted from this, has a vested interest in keeping marijuana on the agenda but not legalized," Jacobs said. "So that the marijuana party keeps putting candidates on the tickets that drain votes from the DFL."

The same appears to have happened in State Senate districts 14 and 27. Ironically, Winkler says those who voted for those marijuana candidates may have actually hurt the chances that recreational marijuana passes next year.

"Because of the election results yesterday, and the spoiler effect of Republicans, actually in some cases, running as cannabis candidates, it makes it that much harder to pass in 2021," Winkler said.

Winkler says he's still hopeful that the two parties can come together to pass it.

"Certainly the House is going to take a run at it and be trying to put some pressure on Senate Republicans to get on board with this policy change," he said. "It's popular. It's passing in Republican states, there's no reason for Republican senators in Minnesota to try and block it."

Minnesota isn't the only legislature that has struggled with the issue of recreational pot.

Of the 15 states that have now approved it, only two have their legislatures to thank for passing it. The other 13 were the result of ballot initiatives. 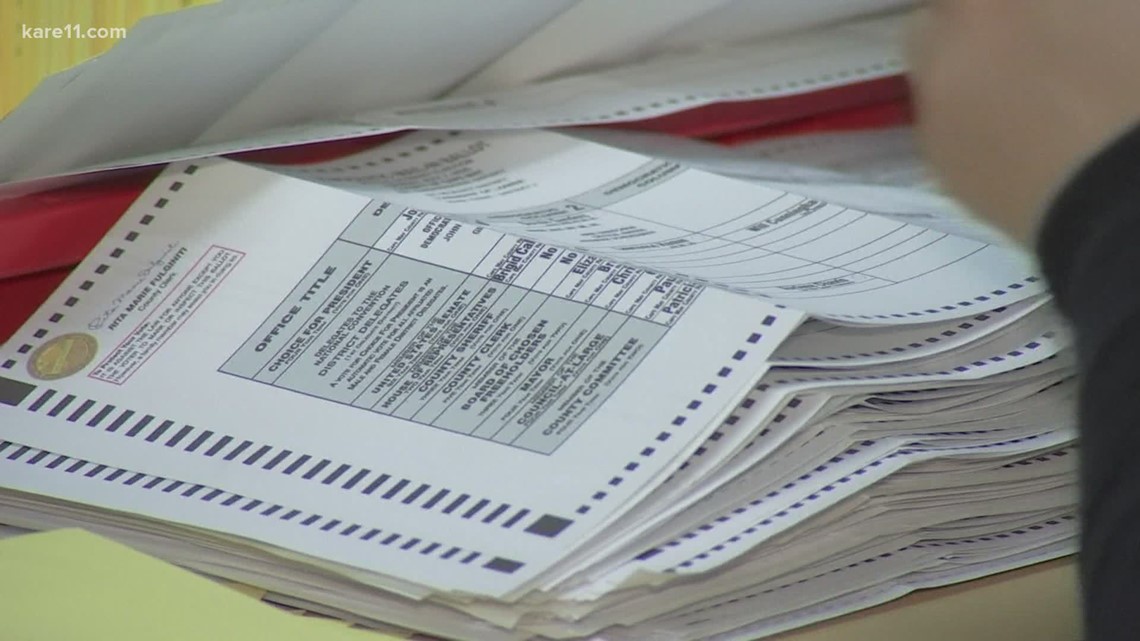