A show of unity for Minnesota mosque 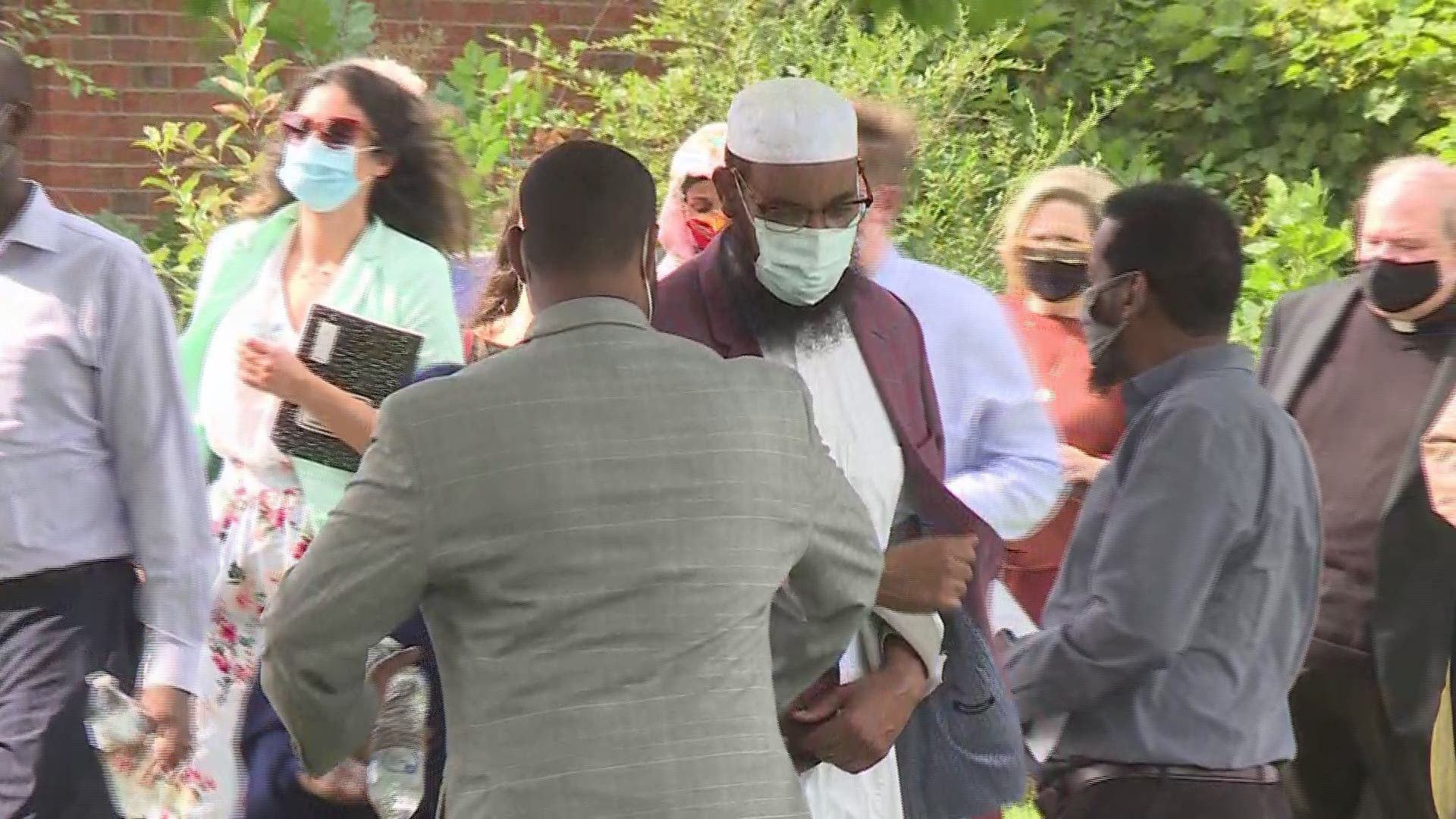 MINNEAPOLIS — Imam Mohamed Mukhtar found himself surrounded by friends and supporters Friday afternoon, a week after being attacked by two teenage boys while on his way to Dar Al Farooq Islamic Center.

It was an extraordinary show of interfaith unity, featuring clergy standing up the Muslim cleric and a mosque that has often been the target of hatred and scorn. The Imam listened quietly, with his arm in a sling from a broken shoulder, as others defended his right to practice Islam in peace.

“When our Muslim neighbors are suffering and being attacked, the Jewish community is not at peace,” Rabbi Jill Crimmings told reporters and others who gathered outside Dar Al Farooq on a hot August day.

Archbishop Bernard Hebda was also there to stand up for fellow faith leaders.

“We know we have that obligation to be attentive to our brothers and sisters who are in need,” Hebda remarked.

The clergy were there at the invitation of Imam Mohamed Omar, the executive director of Dar Al Farooq, as well as the interfaith alliance known as ISAIAH. Omar also invited some of the state top elected officials, as well as 3rd District Congressman Dean Phillips.

“Minnesotans know an attack on one of us is an attack on all us,” Gov. Walz, with First Lady Gwen Walz at his side, told the crowd.

Every Minnesotan deserves to be safe - regardless of their religion or the color of their skin.

Honored to join faith leaders at Dar Al-Farooq today to call for unity and religious acceptance in response to the senseless attack on Imam Mohamed Mukhtar. pic.twitter.com/WahiL5ZGeb

The event had been planned for days, because no arrests had been made in the attack. The Bloomington Police Department had asked for the public’s help identifying two youths whose images were captured on a surveillance camera.

Then, late Friday Hennepin County Attorney Mike Freeman announced the case was solved. A 16-year-old Bloomington boy and a 13-year-old friend had been charged in the assault.

Prosecutors surmised the motive of the attack was robbery, not hatred, based on a witness statement that the pair were looking for money when they allegedly ambushed Imam Mukhtar.

But, based on the recent history of Dar Al Farooq, it's easy understand why the Imam and others suspected the worst about the reason for the assault. It has been the target of vandalism and burglaries, and some families have been verbally harassed while walking to the mosque.

The most serious hate crime against Dar Al Farooq made international headlines in 2017, when a bombing damaged the offices and shook the building as clerics were inside. The FBI determined three members of an Illinois militia group, inspired by extremism, drove to Minnesota to carry out the bombing.

“Look, we need Minnesotans to help us pass strong anti-hate crimes bills,” Attorney General Keith Ellison told the group.  Ellison grew up Catholic and converted to Islam at the age of 19.

Lt. Gov. Peggy Flanagan said attacks against imams and mosques are carried out by people who want to create division and foment hatred in society. 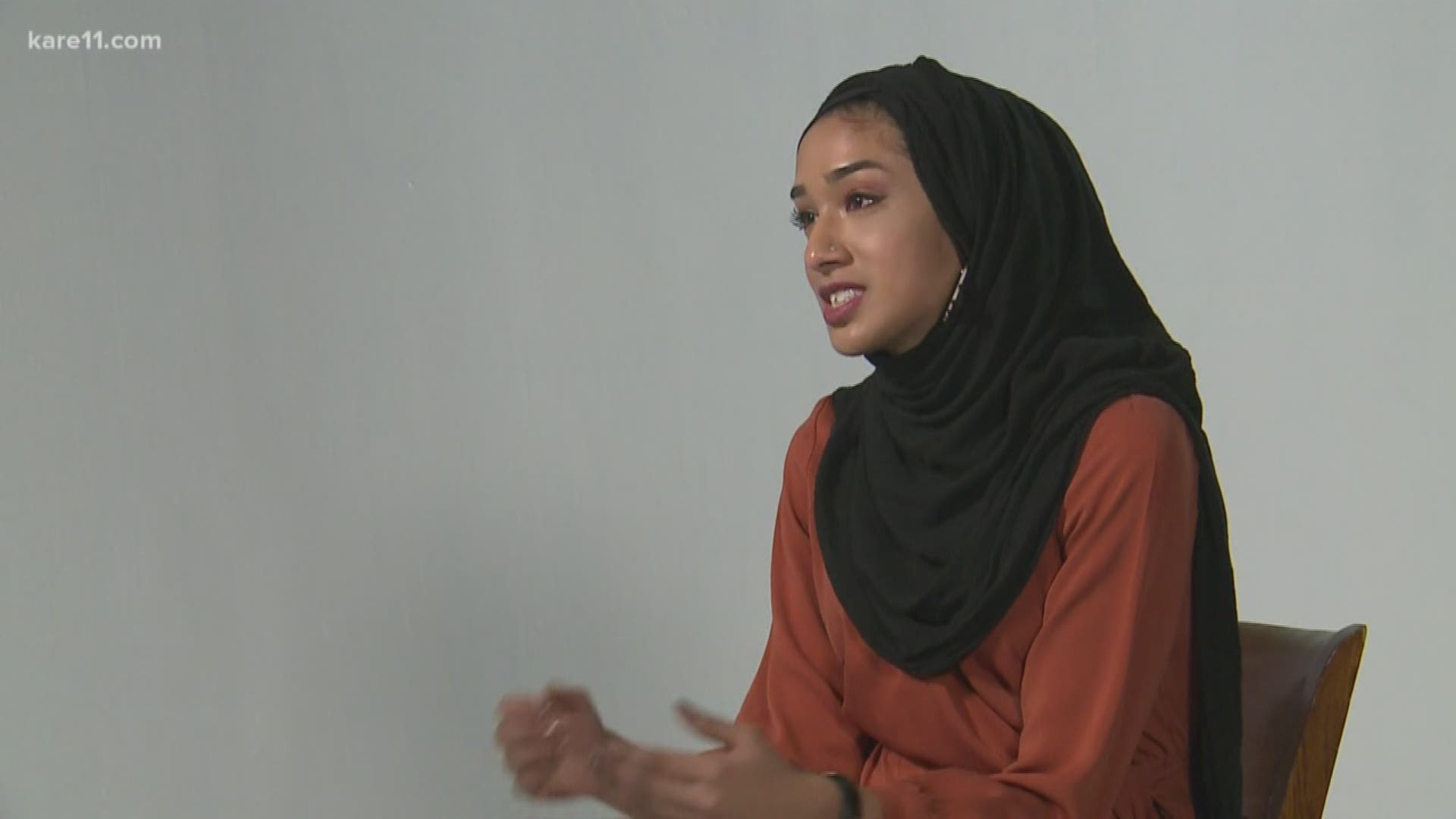