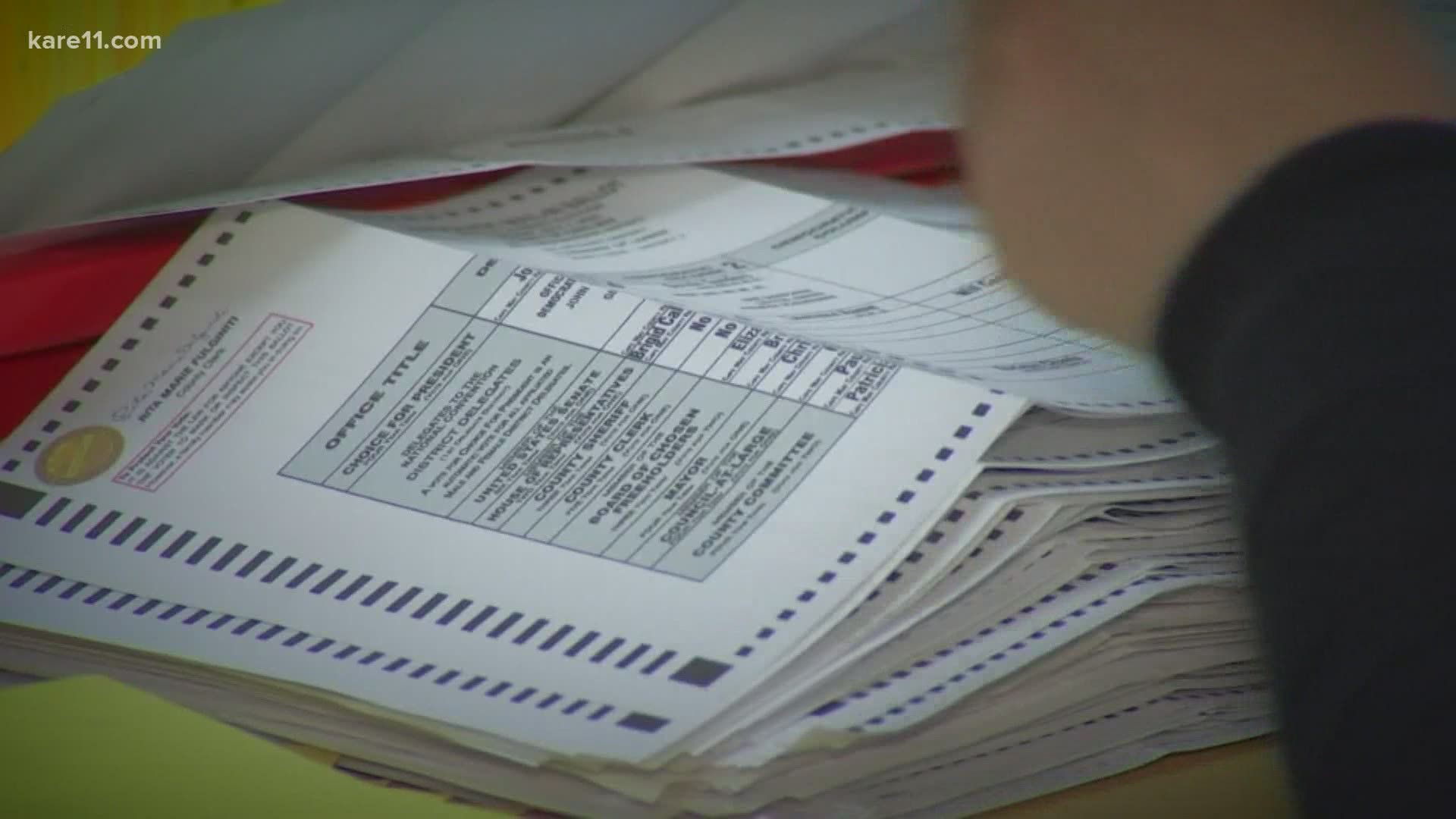 MINNEAPOLIS — "Ballot Harvesting," or "Ballot Collecting" is when someone picks up completed absentee ballots from voters and delivers them to the polling place.

It is legal in 26 states, including Minnesota, although many states have restrictions.

Minnesota has a law that says a person can deliver the absentee ballots of not more than three other voters.

But there was a 38-day period this summer where that law was struck down and there were no limits to the number of absentee ballots a person could deliver.

In April, the Republican Party jumped into the lawsuit, arguing the law helps prevent voter fraud.

And on July 28, he ordered the state to stop enforcing the limit of a person only being allowed to deliver the absentee ballots of three other voters.

The Republicans appealed, and on Sept. 4, the Minnesota Supreme Court partially reversed the decision. They ruled a person can now help more than three disabled people mark their ballots but can no longer deliver the absentee ballots of more than three people.

Minnesota's ballot harvesting lawsuit will continue, but at least for this election cycle, no one will be able to deliver more than three absentee ballots.

RELATED: Why the presidential election could take a month or more to decide