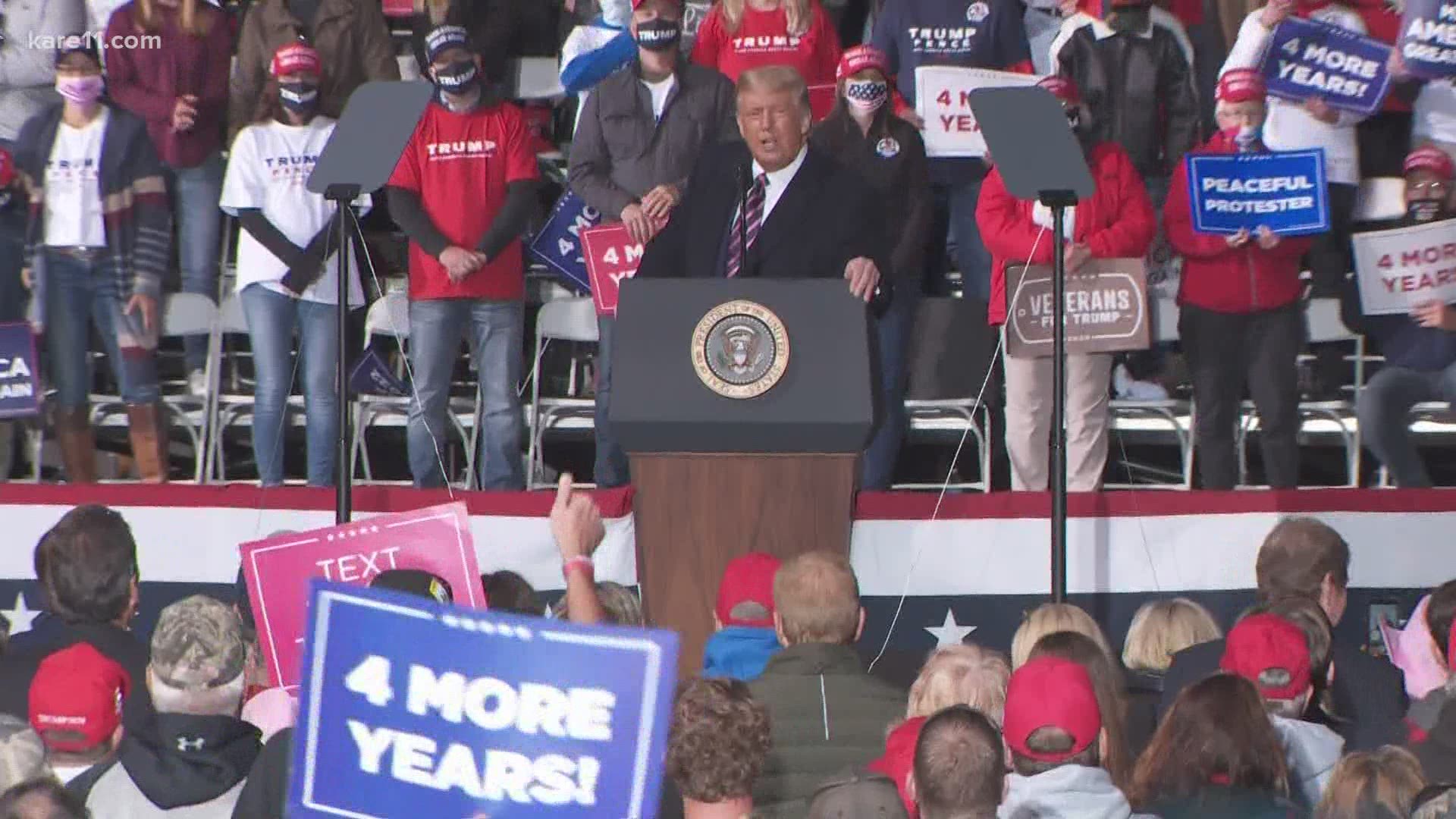 HERMANTOWN, Minn. — Former Vice President and Democratic presidential nominee Joe Biden stopped in Hermantown, Minnesota on Friday where he toured a union training center before speaking about jobs and the coronavirus pandemic.

Hundreds of supporters for both Biden and President Donald Trump, who will be stopping in Bemidji Friday, lined the streets outside the training center where Biden spoke.

Hundreds of supporters from both the Biden and Trump camps line the street outside the Hermantown Union Training Center, where Biden is expected to arrive at 1:50 pm. @kare11 pic.twitter.com/SF3GNMOU3U

Meanwhile, in Bemidji, hundreds have gathered in anticipation for President Trump's arrival. He spoke at Bemidji Aviation Services with hundreds in attendance where he predicted a win in Minnesota in November.

Under popcorn clouds and MAGA caps (but few masks) the stage is set in Bemidji for this evening’s Trump rally. Preliminary speakers have started. President Trump is scheduled to take the stage at 6 pm. pic.twitter.com/QiImwMWcW4

The visits, coming fewer than two months before the election, further highlight the targeted effort by both Joe Biden and President Trump to capture the state’s 10 electoral votes in November. Both campaigns plan to spend millions in advertising in Minnesota, identified by Politico this week as one of “eight states where 2020 will be won or lost.”

Friday's dueling visits will be followed by a visit from Vice President Mike Pence next Thursday, part of a bus tour scheduled to begin in Eau Claire, Wisconsin, where he will speak at the building materials company Midwest Manufacturing Inc. Pence will then travel to Minneapolis to meet with Cops for Trump. The vice president is returning to the region after multiple Wisconsin visits this month and nearly a month after visiting Duluth in northern Minnesota. 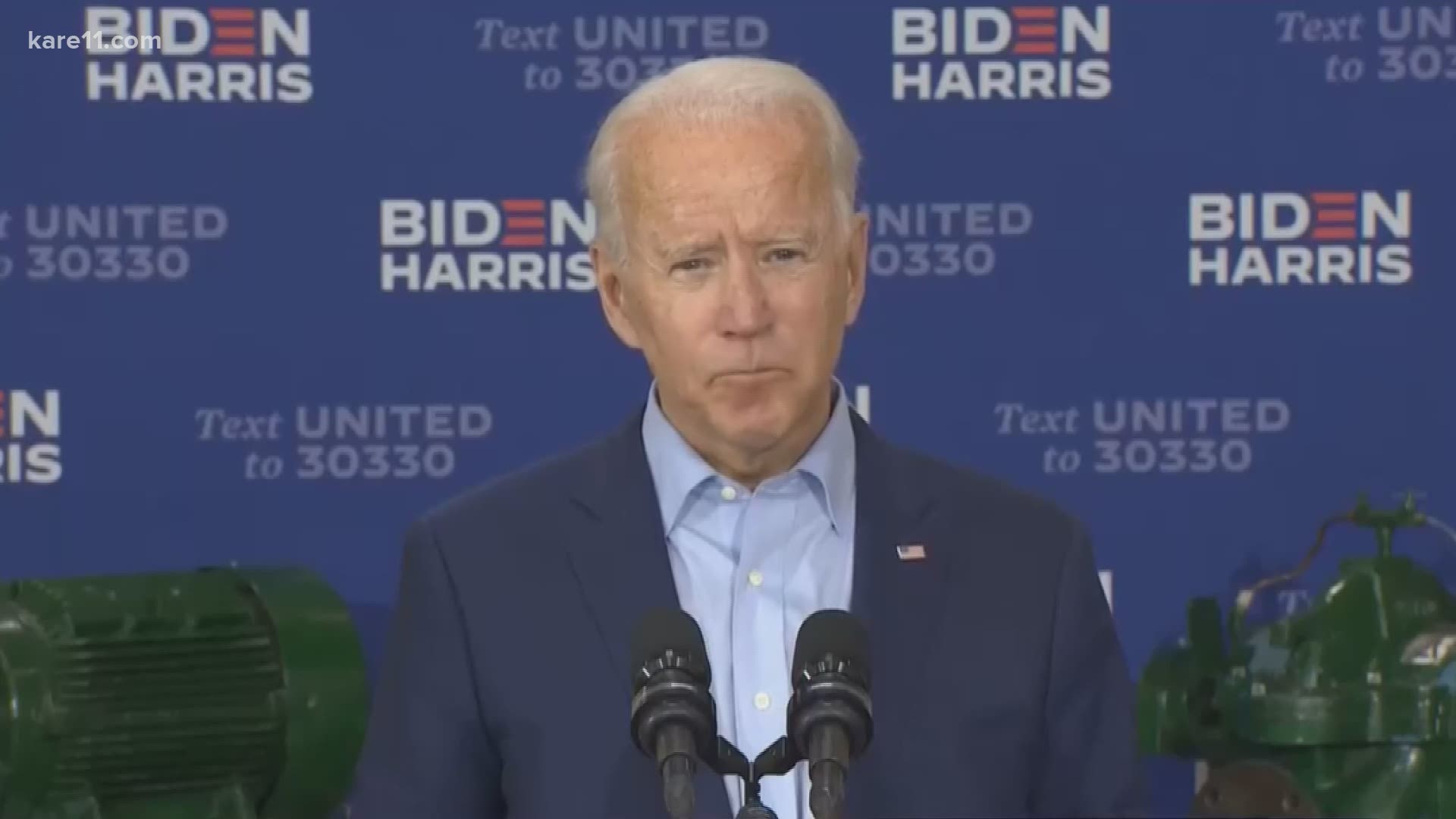 Despite some differences, most polls currently show Biden with a single-digit lead over Trump, hardly a sure bet for the Democratic nominee. Four years ago, Hillary Clinton won by about 44,000 votes in Minnesota, the narrowest margin since Walter Mondale beat Ronald Reagan by only a few percentage points in his home state, despite losing all 49 other states during the 1984 presidential election.