Gov. Walz and top legislative leaders sealed a deal Monday on overall budget targets. Lawmakers will need a special session to wrap up details in the form of bills 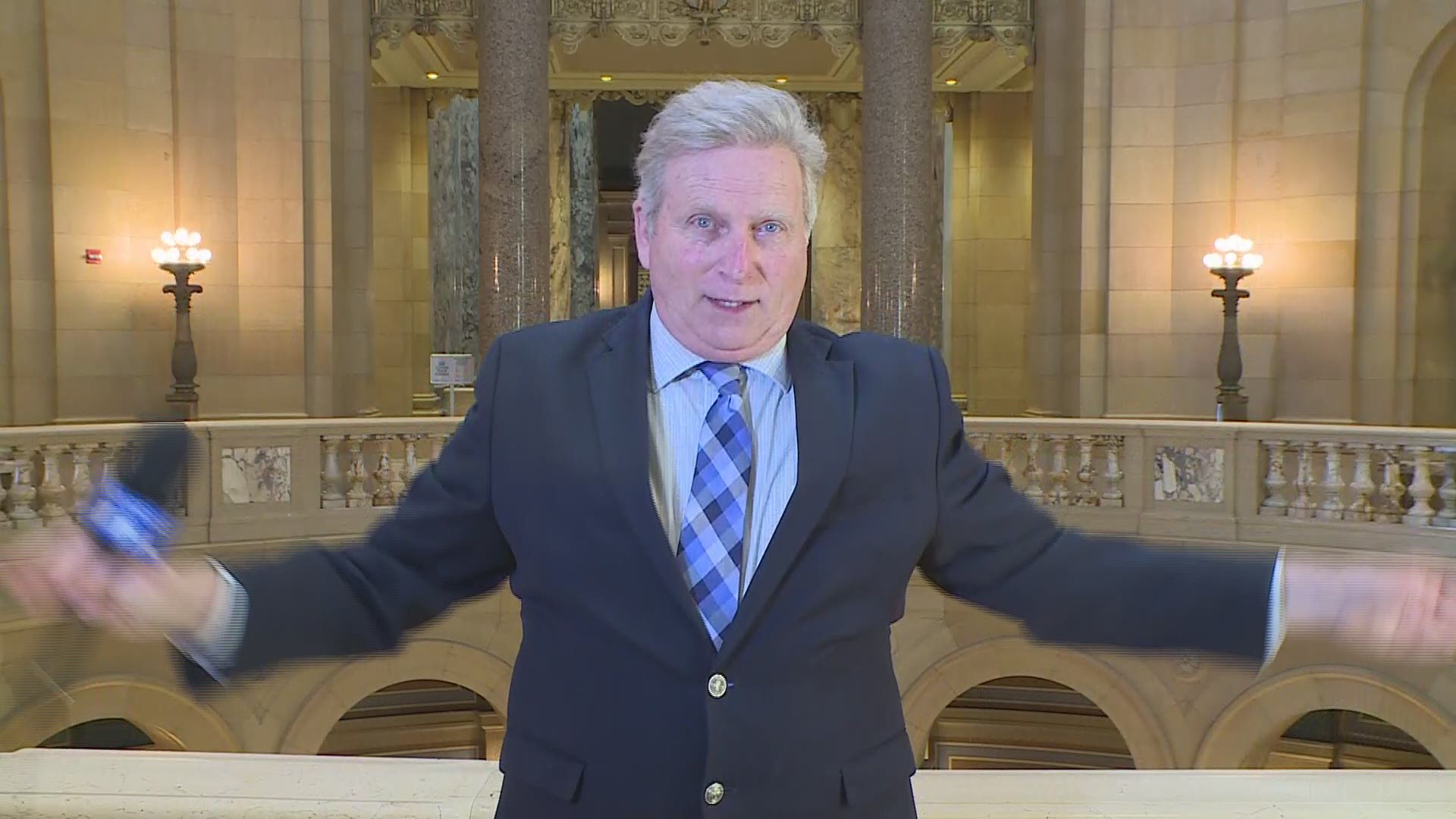 ST PAUL, Minn. — The State Capitol's top three leaders have reached a budget agreement that should fend off a state shutdown later this summer if all goes according to plan.

Gov. Tim Walz, Senate Majority Leader Paul Gazelka and House Speaker Melissa Hortman greeted the media Monday with a sense of relief that they could all come away with something they valued, thanks to a state budget surplus and an infusion of federal relief and stimulus money.

The two-year, $52 billion budget includes tax breaks for businesses that received PPP loans and individuals who received unemployment insurance checks during the COVID-19 pandemic in 2020.  It also boosts spending on K-12 education for the next four years and provides funding for enhanced summer school programs.

"We had the commitment together that this budget would be about recovering from COVID. It would be about investing in families, their children and education, it would be providing relief to families in the form of tax cuts," Gov. Walz told reporters, noting that it's rare for a divided legislature to come together, even as the threat of a shutdown loomed.

It will take a special session, tentatively set for mid-June, for lawmakers to button up the details and make it all officials. But many of those budget bills were in limbo as the end of the regular 2021 session neared, as top-level negotiations played out in private.

"From the start of the session we said, 'Look, we're not going to raise taxes, we're going to focus on recovering from COVID. We're going to pay attention to what families need.' And I feel like agreement on the spending targets first all of that," Sen. Gazelka remarked.

The state will give up $409 million in tax revenue to exempt PPP loans, and $209 million in revenue by exempting the unemployment payments. That adds up to $644 million, so the legislature will need to find an additional $110 million in tax breaks to hit the tax reduction goal set out in the agreement.

State aid to E-12 public schools will increase $525 million in the next two-year budget cycle, and an additional $675 million in the following biennium. The overall budget deal also includes $75 million for school districts to help pay for summer school this year.

"President Joe Biden and the Democratic members of Congress who voted for the American Rescue Plan made this agreement possible today," House Speaker Hortman told reporters.

"We're in a position to give tax cuts, to have historic funding in E-12, really an enormous investment in education because of the American Rescue Plan dollars"

The compact also spelled out that the Legislature, not the executive branch, will be in charge of spending nearly $3 billion in COVID-related federal aid.  The governor will be allowed to control $500 for vaccination and testing efforts, while the balance will be controlled by lawmakers.

The agreement anticipates the legislature will spend about half of that money this year and save the other half for the next year.  There's enough of a surplus to warrant raising the state's budget reserves, the rainy-day savings account, from $1.5 billion to $2.2 billion.

The three leaders said they would let those discussions play out in legislative committees for the time being.

House Speaker ⁦@melissahortman⁩ to reporters: federal stimulus and recovery money was essential to getting a budget framework agreement that allows for tax relief and investment in K-12 pic.twitter.com/I4MxJYYTra

Now that the regular session has ended, the House-Senate conference committees will become interim working groups. The leaders have set a deadline of May 28 to pin down budget numbers, June 4 to craft final bill language heading into a mid-June special session.

Because Gov. Walz extended the peacetime emergency until June 13, it would make sense that he'd call the special session for June 14 to give lawmakers another opportunity to vote to strip his powers.