An attorney for Representative Thompson said Sunday his client "challenges the authenticity of the police reports that have been circulated to the press." 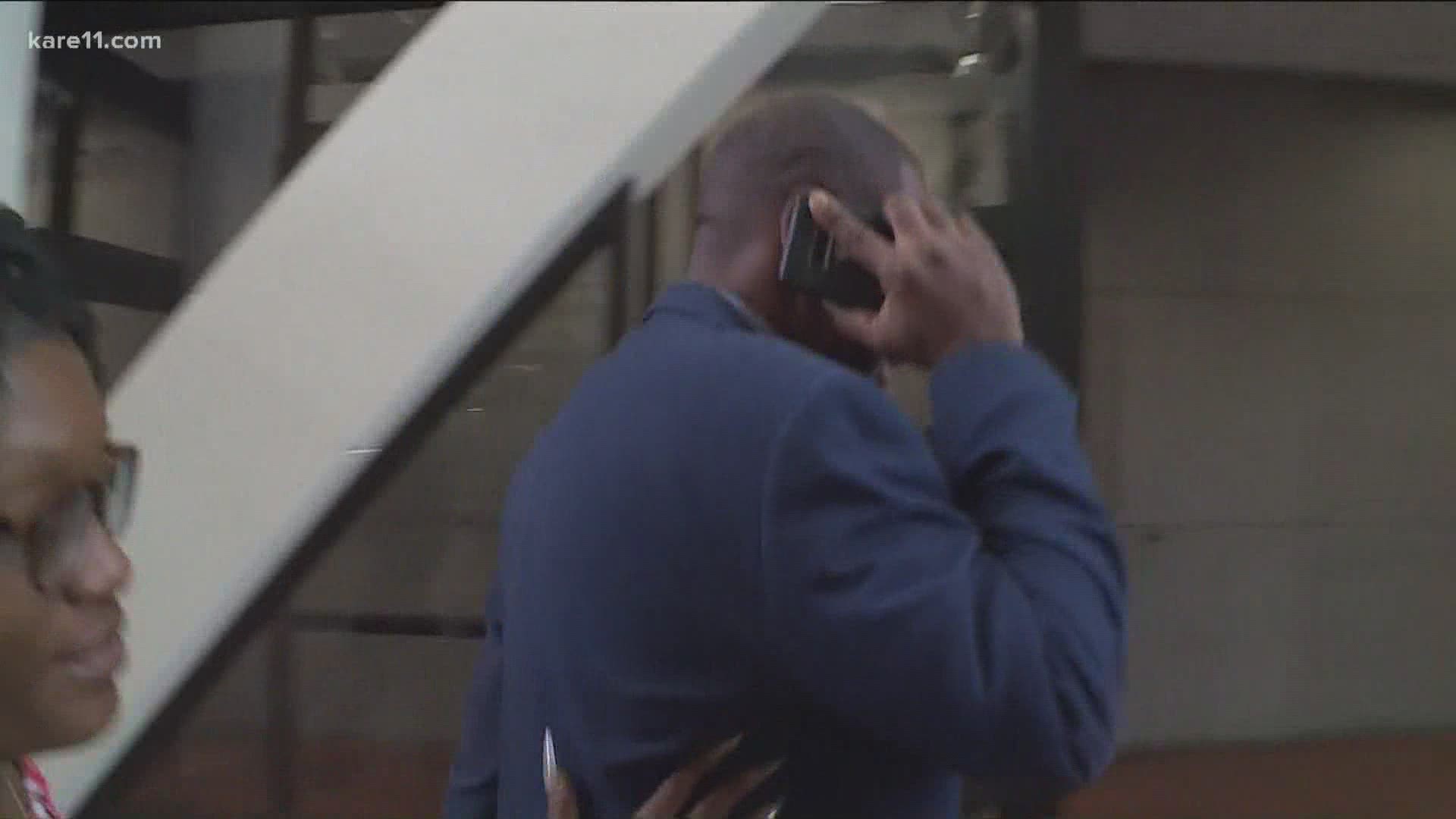 ST PAUL, Minn. — Bipartisan calls mounted Saturday for DFL Representative John Thompson to resign from the Minnesota House amid allegations of domestic assault and a separate ongoing trial for obstruction charges stemming from a 2019 lockdown at North Memorial Health Hospital.

The Minnesota GOP issued a brief statement saying, "Our elected officials should be held to the highest standard of citizenship and Rep. Thompson has consistently failed to meet that standard during his time in office."

Calls also mounted within the DFL representative's own party reaching from the Minnesota House to Governor Tim Walz and Lieutenant Governor Peggy Flanagan.

Citing the domestic assault reports, Walz said, "The alleged acts of violence against multiple women outlined in these reports are serious and deeply disturbing. Minnesotans deserve representatives of the highest moral character, who uphold our shared values. Representative Thompson can no longer effectively be that leader and he should immediately resign."

Those sentiments were echoed by Lt. Gov. Flanagan.

"As a mom, advocate for children, and survivor and child witness of domestic violence, I know the deeply traumatic impact of the actions outlined in reports against Representative Thompson," Flanagan said. "Someone who has allegedly demonstrated this violent pattern of behavior, especially in the presence of children, is unfit to serve in elected office. Representative Thompson must resign."

She urged survivors of domestic violence to call Minnesota DayOne at 866-223-1111.

Thompson is currently in court defending against a charge, unrelated to the reports of domestic abuse, pertaining to a 2019 obstruction charge stemming from an incident at North Memorial Health Hospital.

"Mr. Thompson challenges the authenticity of the police reports that have
been circulated to the press. Mr. Thompson and his wife - the only
person whom Mr. Thompson would have been with at the times of the
incidents - categorically deny that any of the inflammatory allegations
(including but not limited to choking anyone or exposing himself) ever
occurred. Mr. Thompson's wife further does not recall and does not
believe she ever made such allegations. They have been together as a
couple for more than twenty years, have worked through issues earlier in
their relationship, and have a solid marriage. It is my understanding
that the purported police reports were provided to reporters by persons
associated with law enforcement groups. These are likely the same groups
that have been constantly and vigorously waging a smear campaign against
Mr. Thompson since his speech in Hugo, MN in August 2020 (11 months
ago). If these police reports existed in their current form, it is
unfathomable that the many people digging into Mr. Thompson's past would
not have found those police reports before the November election much
less during the ensuing months. The police reports are a product of the
campaign to silence an American African man who speaks out against
powerful and abusive interests, and not the product of any effort to
uncover truth."