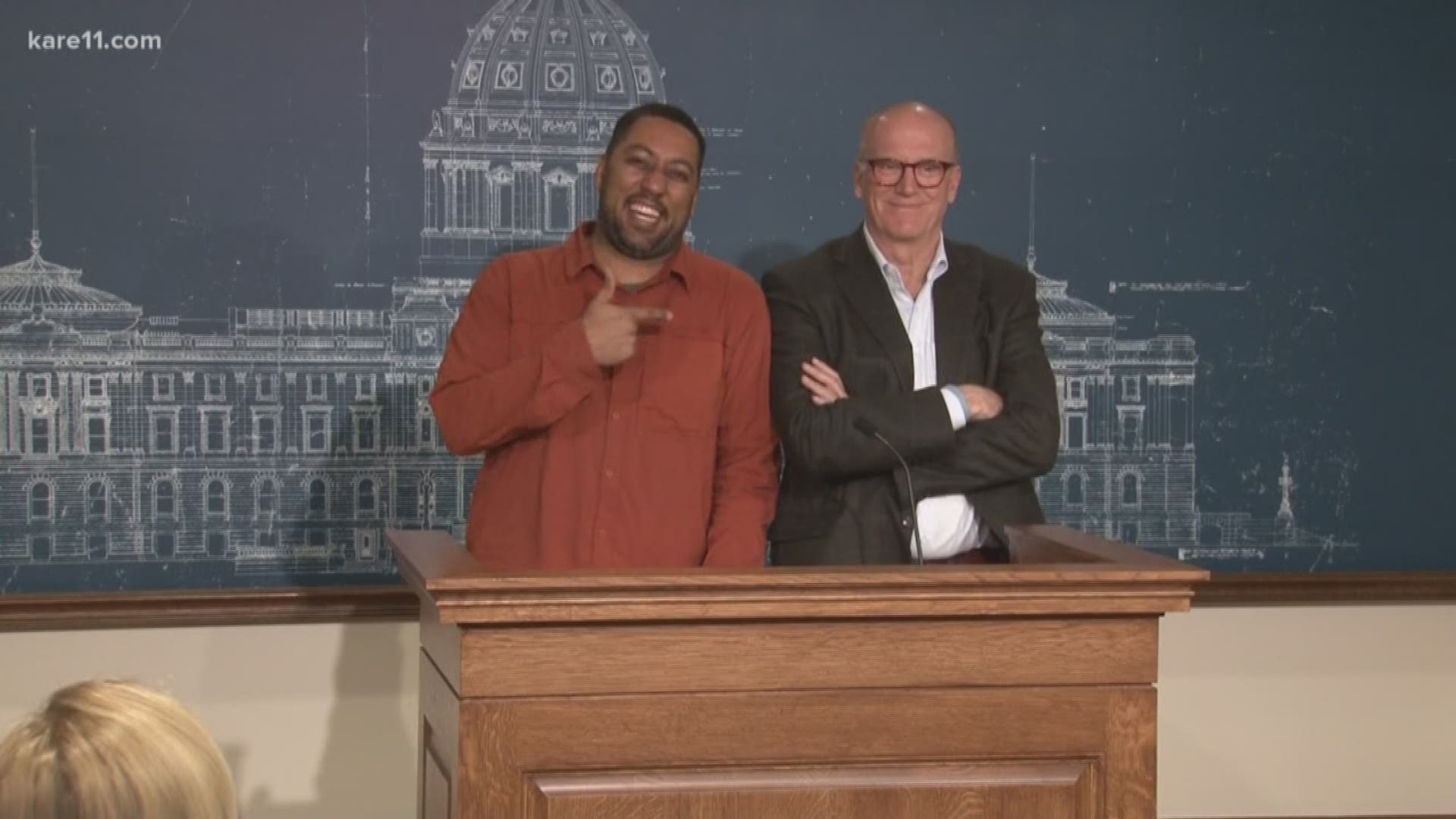 ST PAUL, Minn. — Six short weeks ago Kim Bemis was drowned out by supporters of recreational pot as he tried to explain to the State Capitol press why his group opposed legalization.

On Friday, Bemis stood next to cannabis legalization proponent Marcus Harcus in the same press conference room as they announced their groups will co-host four public forums on marijuana across the state.

"Marcus proposed this idea and I thought it was a really good idea," Bemis explained. "It’s a good way for the public to be able to hear the debate and hear the different sides."

Bemis represents SAMMn, Smart Approaches to Marijuana of Minnesota, the local branch of a national organization that battles against legalization. The group was unable to finish a Capitol press conference Jan. 16 after adversaries started to interrupt and challenge the speakers.

At some point after that event Marcus Harcus of the Minnesota Campaign for Full Legalization, or MN CFL, reached out to Bemis and invited him to work together on public debates.

"We want to engage in civil discussions that are respectful," Harcus told reporters. "Even if we disagree, we can disagree respectfully. And this is a real debate."

The first forum will be March 30 in Brainerd. That will be followed by Minneapolis in April, Litchfield in May and Rochester in June.

It was striking to see Harcus and Bemis standing next to each other talking about a common goal.

Harcus is an avowed cannabis user and community organizer working for legalization, while Bemis is former user and drug counselor on the opposite side of the issue.

"Hopefully we can win them over and get them to support full legalization," Harcus quipped with a broad smile.

"Or the other way around!" Bemis added, before both men broke out in laughter.