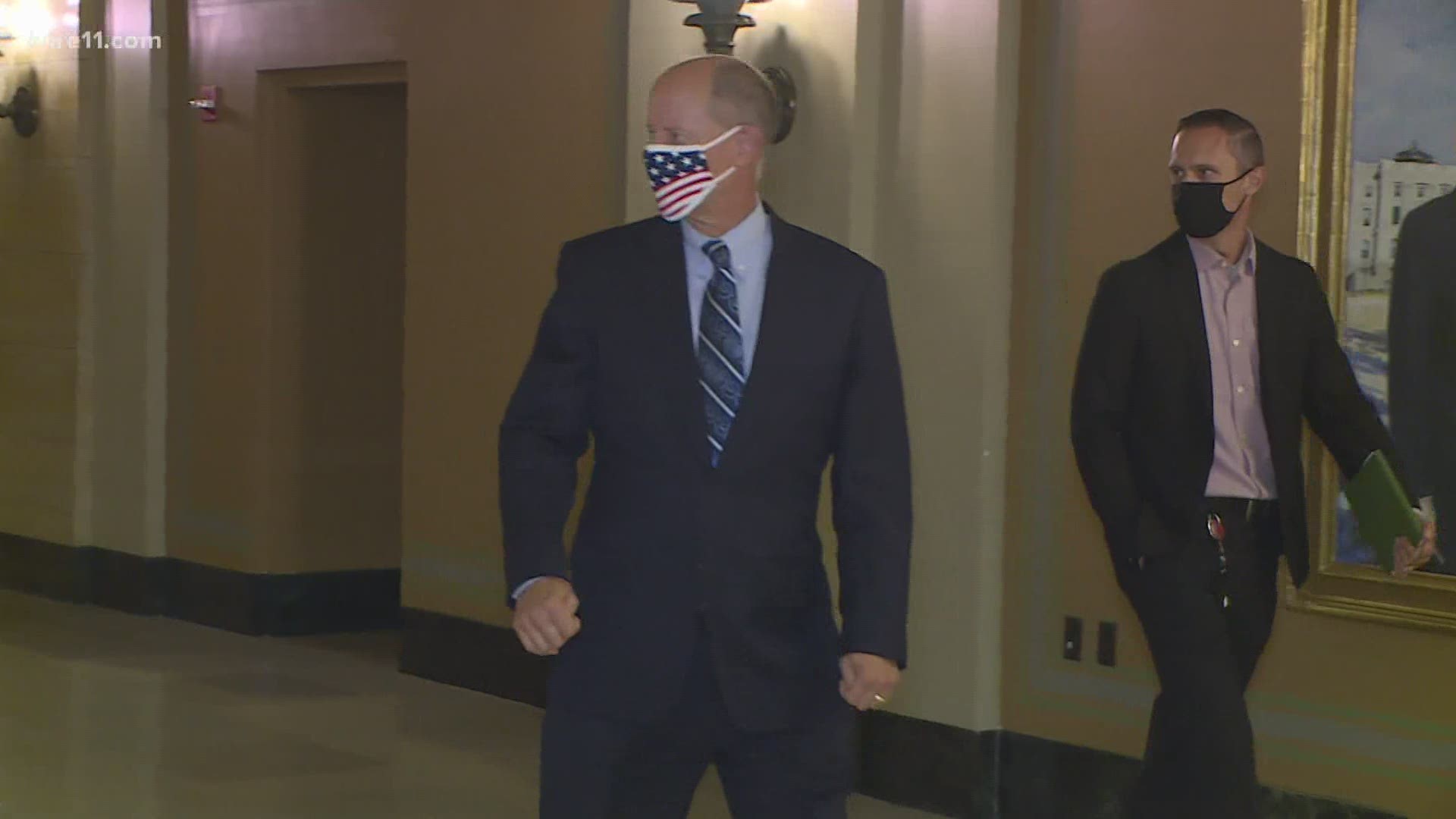 Sen. Gazelka said it's time for the legislature, a co-equal branch of government, to take charge of the state's response to the COVID-19 pandemic. At the very least he wants the Democratic governor to set benchmarks the state would have to meet in order to relinquish his special powers.

"It's going to be almost a half year, a half a year of emergency powers with no end in sight. That's why we're asking him to come up with some parameters what is the pathway out of here," Gazelka told reporters after the meeting.

He said Republicans have studied the state’s COVID data dashboard and believe the state has enough personal protective equipment and the ICU bed capacity to withstand another surge in infections.

"We think we’re out of the emergency," Gazelka explained. "We're looking at all those numbers and saying, 'Governor you don't need emergency powers'."

Walz told reporters it was a productive meeting and he values his working relationship with the Senate leader, and fully respects the need to collaborate with the legislative branch. But the governor believes the COVID emergency isn't over yet.

"It is not. I wish it were," Walz said, noting that the virus testing program would end instantly without the peacetime emergency.

"The testing program would disappear. And to be able to stand that up through the legislative process would take a considerable amount of time and it might never happen."

Leading up to the meeting the governor's chief of staff, Chris Schmitter, wrote to Gazelka, pointing out the senator hadn't attended any of Legislative COVID-19 Response Commission meeting and had also missed Dr. Birx's briefing.

Gazelka wrote back to say the governor's definition of legislative involvement is to inform lawmakers of decisions he's already made.

The current emergency order ends September 11. If Walz decides to extend the emergency an additional 30 days, he'll call legislators back to Capitol for a special session to give them an opportunity to rescind the new order. It would be the fourth special session since the regular 2020 session ended in May.

Ehresmann said 56 cases in nine different counties had been traced to a single indoor wedding reception in the southwestern part of the state, with 275 guests who weren't socially distancing or wearing masks. Ehresmann said there were likely secondary cases that aren't part of that total but would be expected as those wedding guests returned to their home counties.

Tensions over Walz's continued use of peacetime emergency powers has boiled over at the Capitol. In each of the first three special sessions the Republican-controlled Senate has voted to strip Walz of his temporary powers, while the DFL-controlled House has left them intact. It requires support from both chambers to rescind the emergency declaration.

During the August special session, the Senate abruptly scheduled a confirmation vote for Labor and Industry Commissioner Nancy Leppink. The Senate voted along party lines against confirmation, essentially firing her from her post.

Since then two other appointees, Commerce Commissioner Steve Kelley and MPCA Commissioner Laura Bishop have been summoned to senate committees for job performance reviews. Republicans peppered Kelley with questions about his department's move to delay the Enbridge Line 3 Pipeline project. They quizzed Bishop over the proposal to adopt California auto emissions standards.

Sen. Gazelka declined to divulge whether the Senate will fire any other Walz cabinet members in the upcoming special session. The governor said the discussed it only briefly during Thursday's meeting, when Walz said he'd like to know what the Senate will require of his appointees to stay in their positions

A series of lawsuits aimed at stripping Walz of his emergency powers have been dismissed by the courts, but other legal challenges are expected. Walz has noted that all 50 states have declared states of emergency.

Walz is operating under the same part of state law designed to handle natural disasters, such as tornadoes, floods and wildfires.