The senior care industry is in dire straits because staff are quitting at a much faster rate than they can be replaced, even with recruitment bonuses and pay hikes. 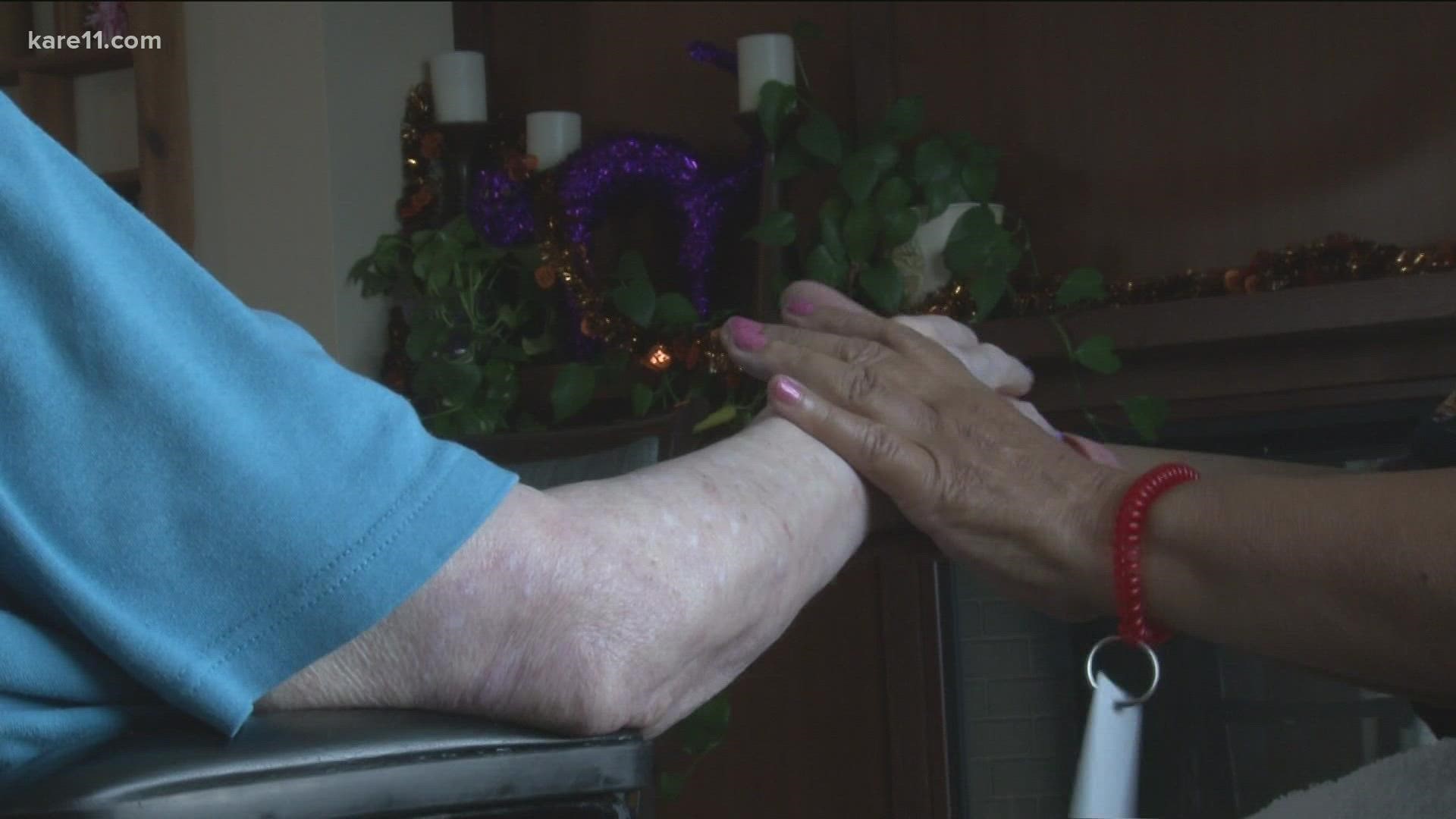 ST PAUL, Minn. — People are leaving the nursing home industry faster than they can replaced, and that has led to a record staff shortage in Minnesota.

Another sobering stat: in August, the industry lost 2,000 more workers. For every 100 people hired, 150 called it quits. Burnout from the pandemic was cited often.

"They're exhausted! They are totally exhausted from working 100-hour workweeks, double shifts, in full PPE during a really hot summer," Patti Cullen of Care Providers of MN told reporters during a press conference where the survey results were revealed.

The shortage has become so acute, in fact, that 70% of nursing homes in the same survey said they've capped admissions of new patients until they can hire more people. That reverberates back upstream to hospitals, who have to keep fragile patients because they can't find spaces for them in nursing facilities.

"We’d be honored to care for everyone who chooses us. We just don’t have enough staff," Erin Hilligan of Ebenezer Homes remarked.

"When we can’t accept seniors in our buildings, we see backups in hospitals that impact the delivery of health care for everyone."

Episcopal Homes, which hosted Thursday's event, has 50 unfilled positions across all job descriptions - about 10% of its workforce. CEO Marvin Plakut said it's been hard filling spots, even in a facility located next to a light rail station in an area populated by college students and immigrants.

"Still, we cannot find enough staff. How much harder, extremely much harder, it is for those who are in rural communities and in distant suburbs to find staff," Plakut said.

Industry leaders are pressing state lawmakers to tap into federal COVID relief dollars to deliver emergency funding to help hire more staff. They're also asking lawmakers to create special strike forces – temporary emergency staffers – that can be deployed to nursing homes on the verge of closing.

They'd like that to happen in a special session which had been scheduled for September but has been delayed pending negotiations over which bills should be included.

"We believe they should be regional teams to they can be available in any part of the state where they’re needed, and they could provide enough relief that there’s actually some respite for the exhausted workers," Gayle Kvenvold of LeadingAge MN explained.

The industry is also leaning on lawmakers to increase Medicaid reimbursement rates over the long run, because even rates for private paying nursing home patients are based on the Medicaid rate. Another financial burden for the senior care industry is the 21-month lag time between when higher costs are incurred and when those show up in reimbursement payments.

"Government officials, lawmakers, we need you!" Marc Halpert of Monarch Healthcare declared. "We need you now! We can’t keep going on like this! Our loved ones need your help!"

Gayle Kvenvold of LeadingAge Minnesota calls on lawmakers to pass emergency funding to pay for staffing to keep care homes from closing pic.twitter.com/kP93ArZ46u

They're also worried about the federal vaccine mandate for healthcare workers in facilities that receive federal Medicaid and Medicare dollars, which may take effect later this month after the operational rules are formulated and distributed. Some unvaccinated caregivers, especially in rural areas, have said they'll quit rather than get their shots.

Much has been written about how the COVID-19 pandemic rocked the senior care industry and its residents with death, illness and isolation from loved ones. Some of the stories lost in the shuffler are of managers and corporate staff picking up the slack to keep the doors open.

"They often risked their own lives to make sure that seniors were protected," Halpert explained. "I myself worked on the COVID units, watching people cry, sweat, not sure what to do and how to move on."

The essential worker bonus checks state lawmakers are currently contemplating will boost morale temporarily but won't be enough to solve the staffing crisis, according to industry groups.

"We need help! We really actually do," Hilligan exclaimed.

"We can’t solve this without the State’s help!" 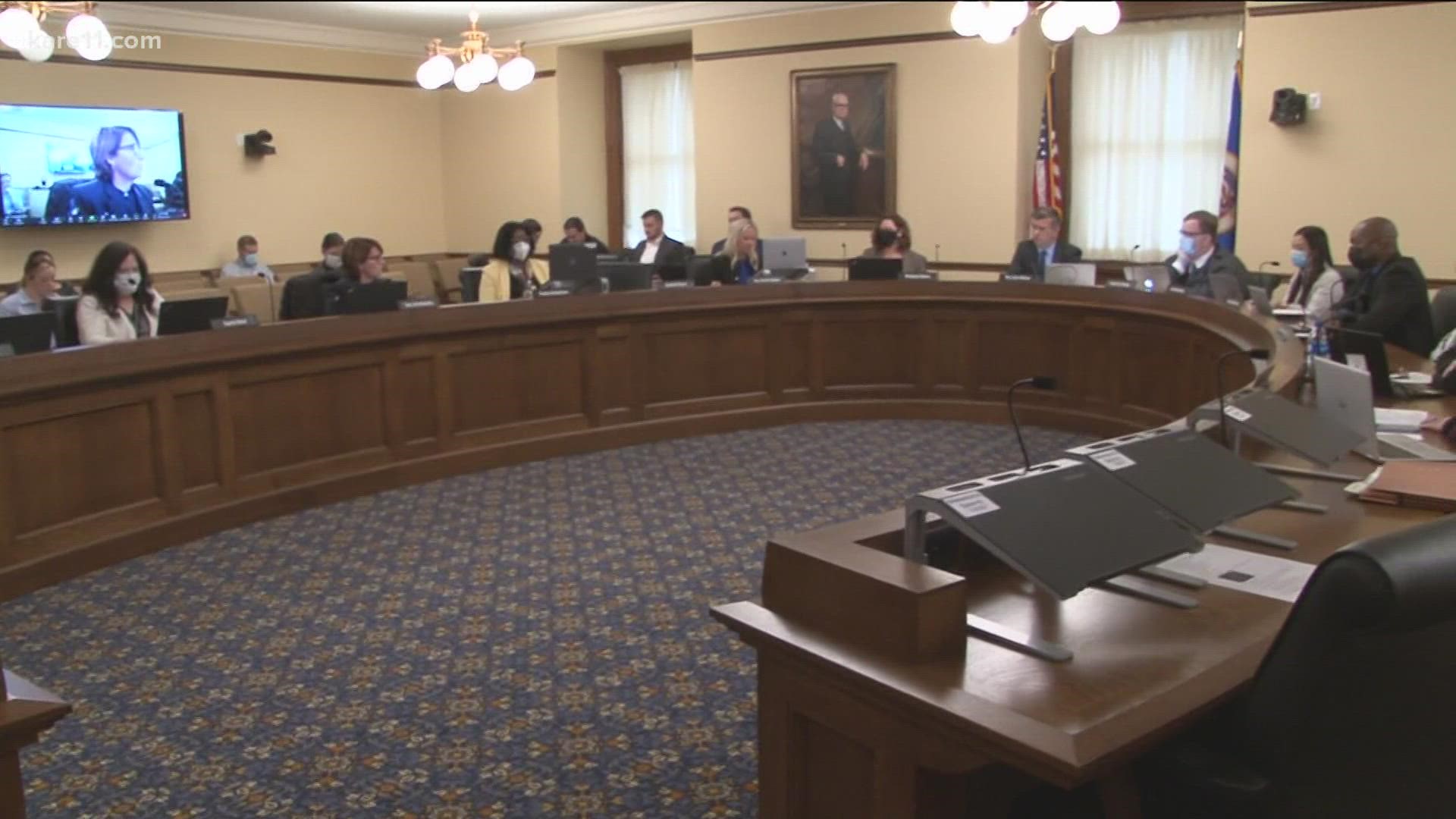