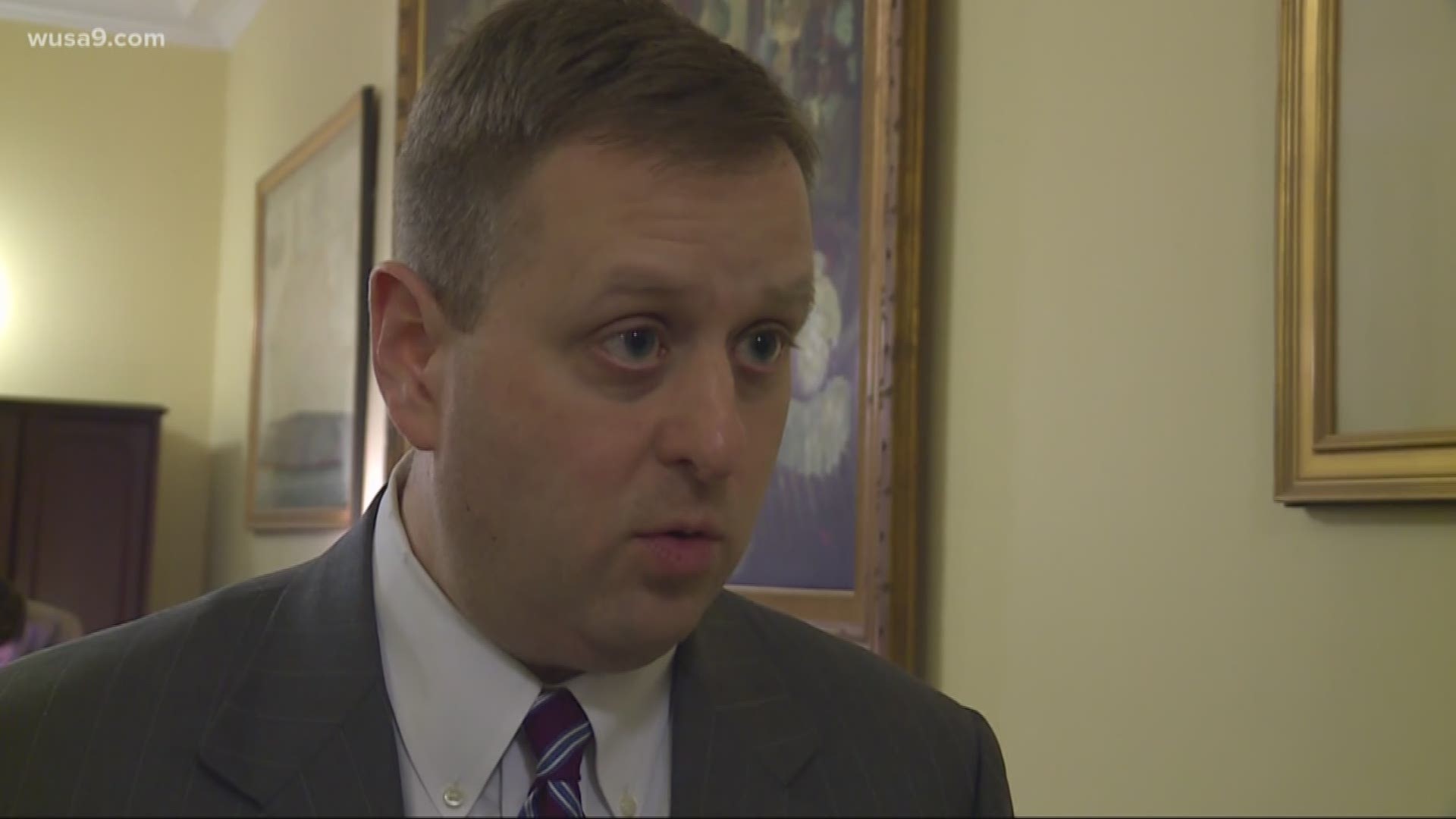 RICHMOND, Va. — The threat of impeachment proceedings against Justin Fairfax threw a new level of confusion into the state capital Monday.

The Delegate who said he would move forward with impeachment has now backed off, for now.

Two accusers have come forward. Professor Vanessa Tyson, who claims Fairfax Assaulted in 2004, and Meredith Watson, who said Fairfax raped her when they were students at Duke University.

"I believe her. I believe Dr. Tyson. We're got to have a process by which we investigate. The state needs to investigate this. The Lt. Gov. has asked for an investigation. The women coming forward, Dr. Tyson, Ms. Watson, have asked for an opportunity to be heard. That's at a minimum of what we owe them and that's what I'm committed to do," said Delegate Patrick Hope.

Hope said he would move forward with impeachment proceedings against Fairfax, but how to do that is complicated. He still may try.

"Impeachment is a scary word.  What an impeachment is, it triggers a process for an investigation.  And I can't emphatically state that enough.  That is the due process," said Hope, adding that they aren't sure how it might be done.

It would be the first time for an impeachment at the Virginia State Capital. Some Democrats, including Senator Barbara Favola, are not on board with impeaching Fairfax.

"I'm not at the point of impeaching. I'm not going to be the judge and the jury. I think the women deserved to be heard and I think he is owed due process," said Sen. Favola.

Fairfax reiterated his call for investigation and said he was very confident of the truth. He is defiant and said he never sexually assaulted anyone.

Lawmakers may be uncomfortable with the optics and how they play out concerning the other scandal involving Governor Ralph Northam. Many Democrats in Richmond and across the country have called for Northam's resignation over the racist photo in his medical school yearbook and his handling of the discovery.

RELATED: Virginia Gov. Northam reaffirms he will not resign in first interview since racist photo surfaced

However, he has new vocal support from black ministers in Richmond.

"We have known him and chose to forgive," stated a minister in the group.

Some democrats who initially called for the governor's resignation, have done an about face.

"The Governor is very sincere...and I think he is a very honest guy and wants to affect change and I think he will," said Sen. Barbara Favola (D) Arlingoton.  She is not calling for his resignation. "At this point, I gave my advice to the Governor, I'm going to trust the Governor to make a decision. If in his good judgement he decides to stay, I will support him."

Yet others are holding firm to both calls for Fairfax and Gov. Northam's resignation.

"Given his efforts to try to cleanse his own personal reputation, he has taken his eye off the ball and not focusing on the governing aspect, which is what we really need him to do," said Del. Mark Keam, (D) Fairfax.

RELATED: Clamor for ouster of top Democrats slows in Virginia

The predominant feeling among lawmakers is that both scandals swirling around Northam and Fairfax are a distraction from the work they were sent here to do, especially on bills concerning the budget and taxes.