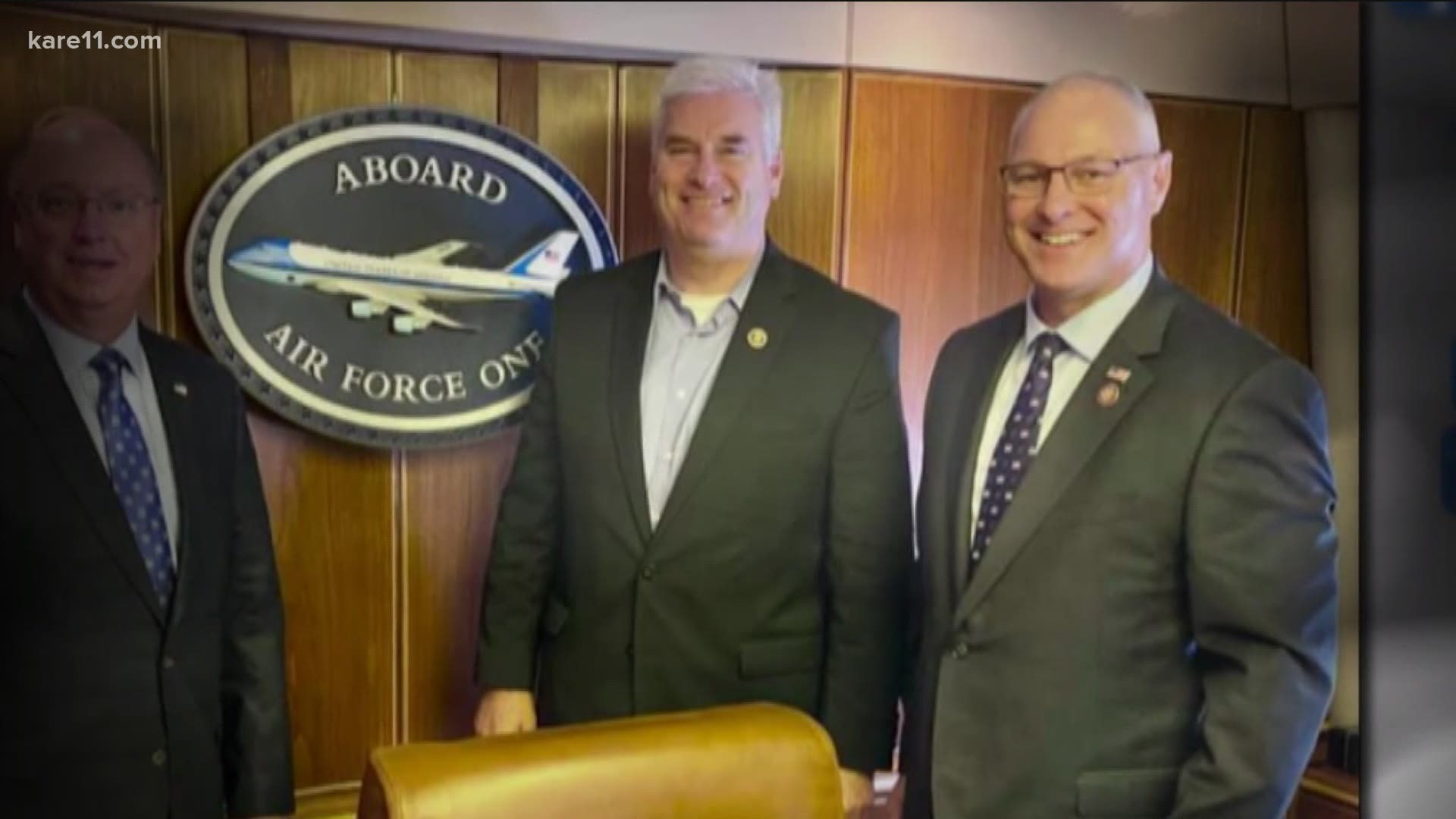 MINNEAPOLIS — Delta Air Lines says it cleared Minnesota’s three Republican congressmen to board a Friday night flight home from Washington DC, even though they’d been in contact with President Trump two days earlier.

Representatives Tom Emmer, Pete Stauber and Jim Hagedorn were called out by DFL party chairman Ken Martin for putting “the health and safety of their fellow passengers at serious risk.”

The three congressmen tested negative for COVID-19 on Friday, but Martin questioned the reliability of the tests.

Delta policy states “travelers must confirm at check-in that they and their travel companions have not experienced symptoms of, been exposed to or been diagnosed with COVID-19 in the past 14 days.”

Delta spokesperson Gina Laughlin said the airline was aware the congressmen were planning to fly and consulted with its medical experts before allowing them to board.

She said such factors as symptom screening, the amount of time the congressmen spent with the president and the distance they kept from Trump were all weighed.

Laughlin said the airline also makes sure its passengers have not been asked by a health official to quarantine.

“All of these conditions were met in this case or the passengers would not have been cleared for travel on the flight,” Laughlin said in an email to KARE 11.

Laughlin said the flight flew at about 40 percent capacity.

Emmer, Stauber and Hagedorn met up with Trump on Wednesday at MSP International Airport, then flew with the president to and from a Duluth rally aboard Air Force One.

In separate statements issued on Saturday, Emmer and Stauber said they were cleared by the Office of Attending Physician to travel home to Minnesota and made Delta aware of their situation in advance of the trip.

Emmer’s statement said all three congressmen, “strictly adhered to OAP’s guidance, wearing masks and distancing themselves from others.”

Stauber’s statement said, “I met all of Delta Airlines’ protocols and safety measures, which is why the flight was allowed to take off with me on board.”

Stauber added, “I am disappointed with the very public and clearly partisan shaming that is being carried out by some of my fellow Members of Congress from Minnesota, who quickly jumped to conclusions and did not take the time to review the facts of the situation.”