Despite the law, insulin is being collected and given to those in need

"Ethically, I could not sit by and not do something,” Smith-Holt said. "To hell with the state law. I'm keeping somebody alive." 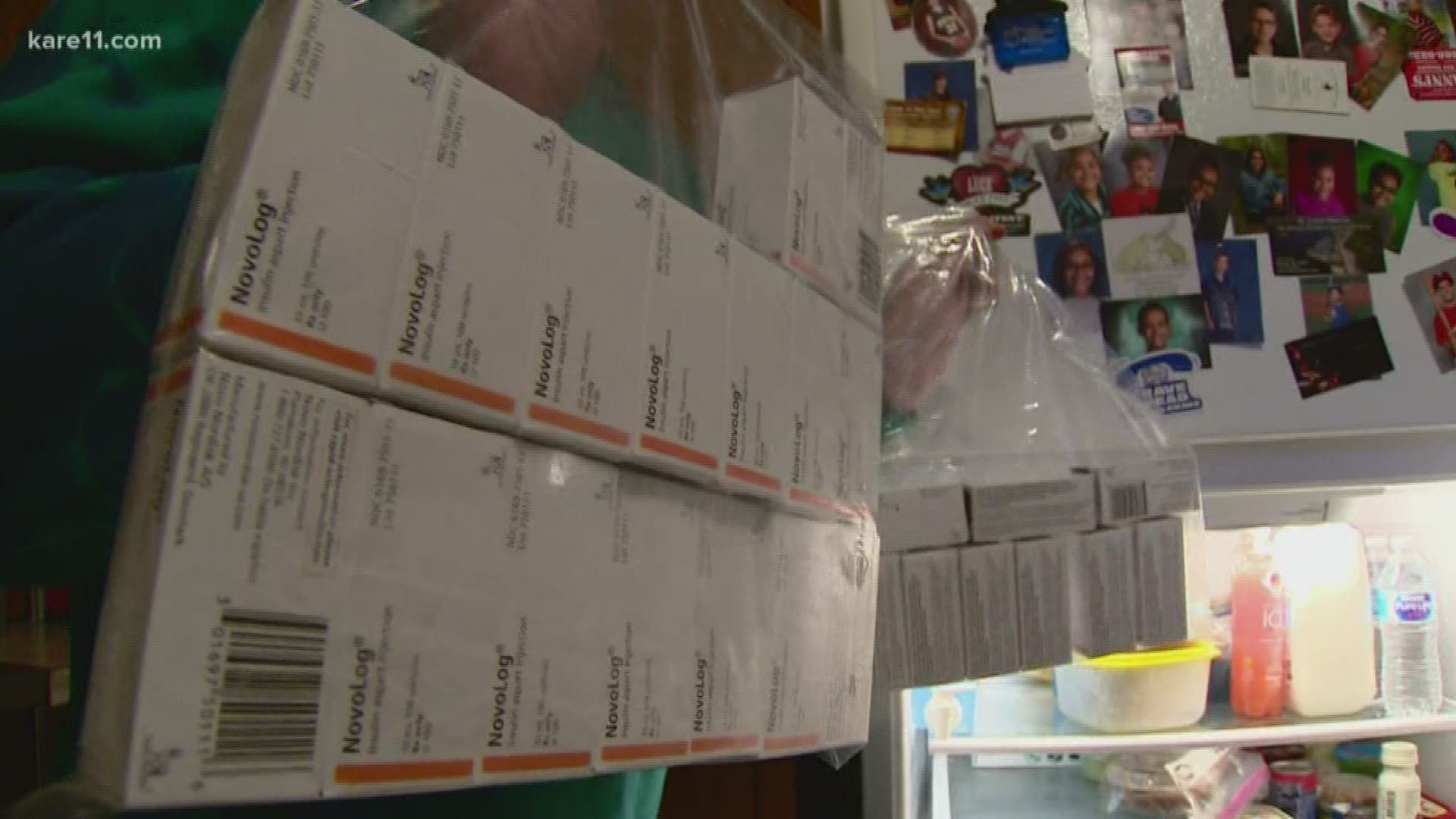 RICHFIELD, Minn. — With an emergency insulin bill still stalled in the Minnesota legislature, many Type I Diabetics struggling to afford the life-saving drug have stepped outside the law in real emergency situation, relying on an underground network of donated insulin.

“This is liquid gold,” said Nicole Smith Holt, who agreed to show KARE11 how the insulin underground operates. "This is five vials of Humalog.”

On this day, Smith-Holt, received a message from a woman who wanted to donate insulin that would otherwise go to waste.

"It was my friend's husband who passed away,” the woman said. “This is almost, retail, $1,500 of insulin that sat in her refrigerator for the last nine months, so it's wonderful to get it to somebody who can use it."

But that donation comes with a risk to everyone involved.

"Yes, technically we are breaking the law,” the woman said.

According to Minnesota Law, it’s a misdemeanor to receive a donated drug not prescribed to you. Even if your only intent is to get it to someone in an emergency.

"I would never sell any of these items,” Smith-Holt said. “I don't feel like a drug dealer. I feel like a life dealer."

According to T1 International, about 1 in 4 Type I Diabetics have rationed their insulin because of cost, and every day Minnesotans exchange social media messages about people in crisis and looking for the drug.

Many of the messages come directly to Smith-Holt’s inbox. She just wishes she had known about the need earlier.

"If I had known about people's willingness to do this, I would have been able to keep Alec alive,” she said.

Nicole's son, Alec Smith, a Type I diabetic, couldn't afford his insulin, so he secretly tried to ration it and died.

Smith-Holt has spoken out about the problem and quickly became a national face for the issue.

"I know that I shouldn't feel like it's my personal responsibility to save everybody but I'm trying to do what I can,” she said.

Most of her efforts have involved working within the law. She was the force behind the Alec Smith Emergency Insulin Act, which the legislature is now working to pass. She is also part of a government task force to lower drug prices.

In the meantime, instead of filling her heart with hope, she’s filling her fridge with insulin.

"The contents of my refrigerator is probably worth more than my husband's vehicle,” Smith-Holt said.

For that, Annette Gentile is thankful.

Annette sent a message to Nicole asking for help with insulin. The next day the two women met in a gas station parking lot.

"I promised myself when I had my child, I will never let him go hungry,” Gentile said. "I have insurance but my insulin costs as much as my mortgage. So it's either pay my mortgage for me and my 17 year old, or buy insulin for myself."

With a choice like that, Nicole says there is no choice.

"Ethically, I could not sit by and not do something,” Smith-Holt said. "To hell with the state law. I'm keeping somebody alive." 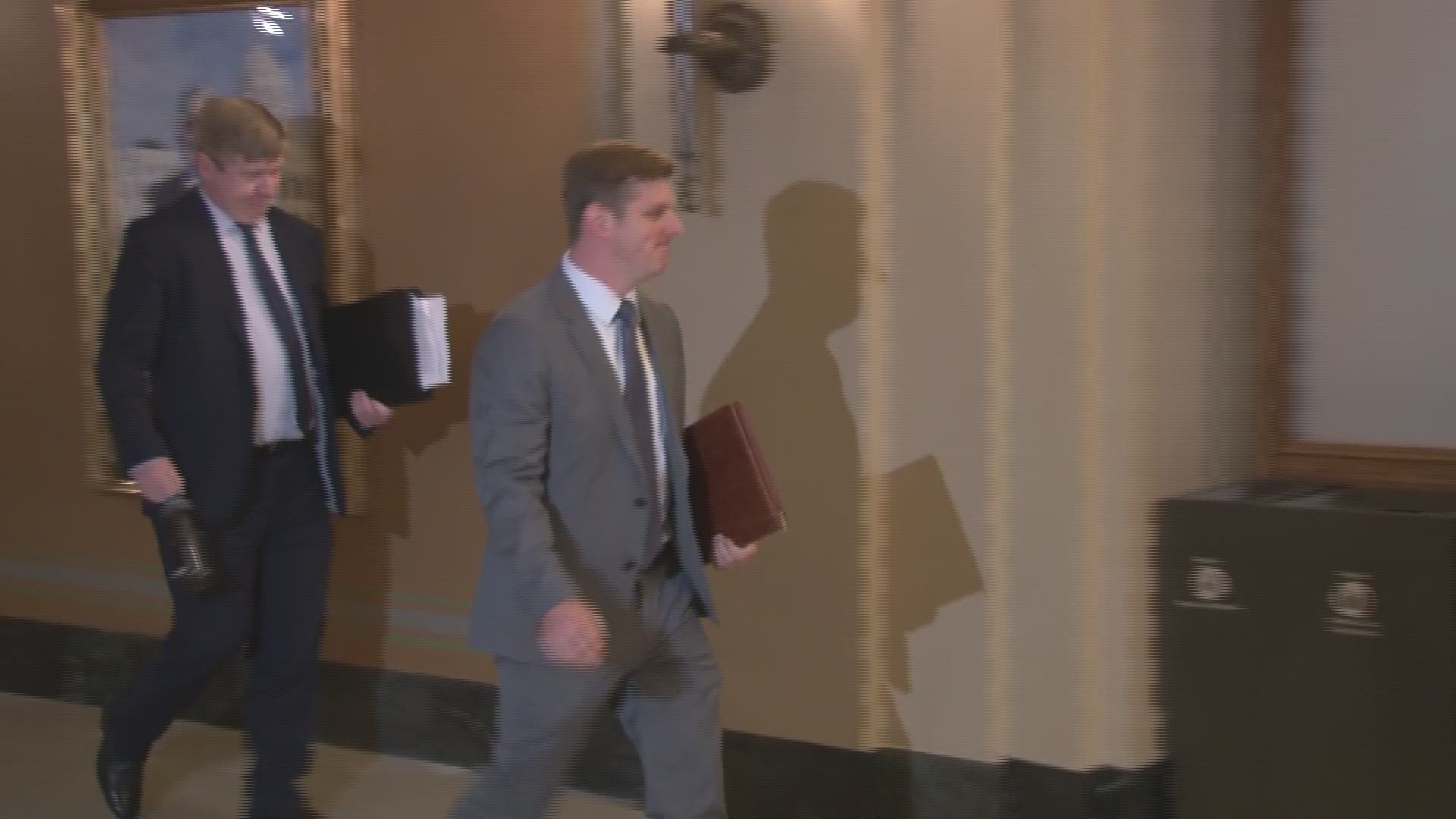