On the eve of the inauguration, DFL leaders asked their GOP counterparts to denounce election fraud theories and concede Joe Biden won the 2020 election fairly 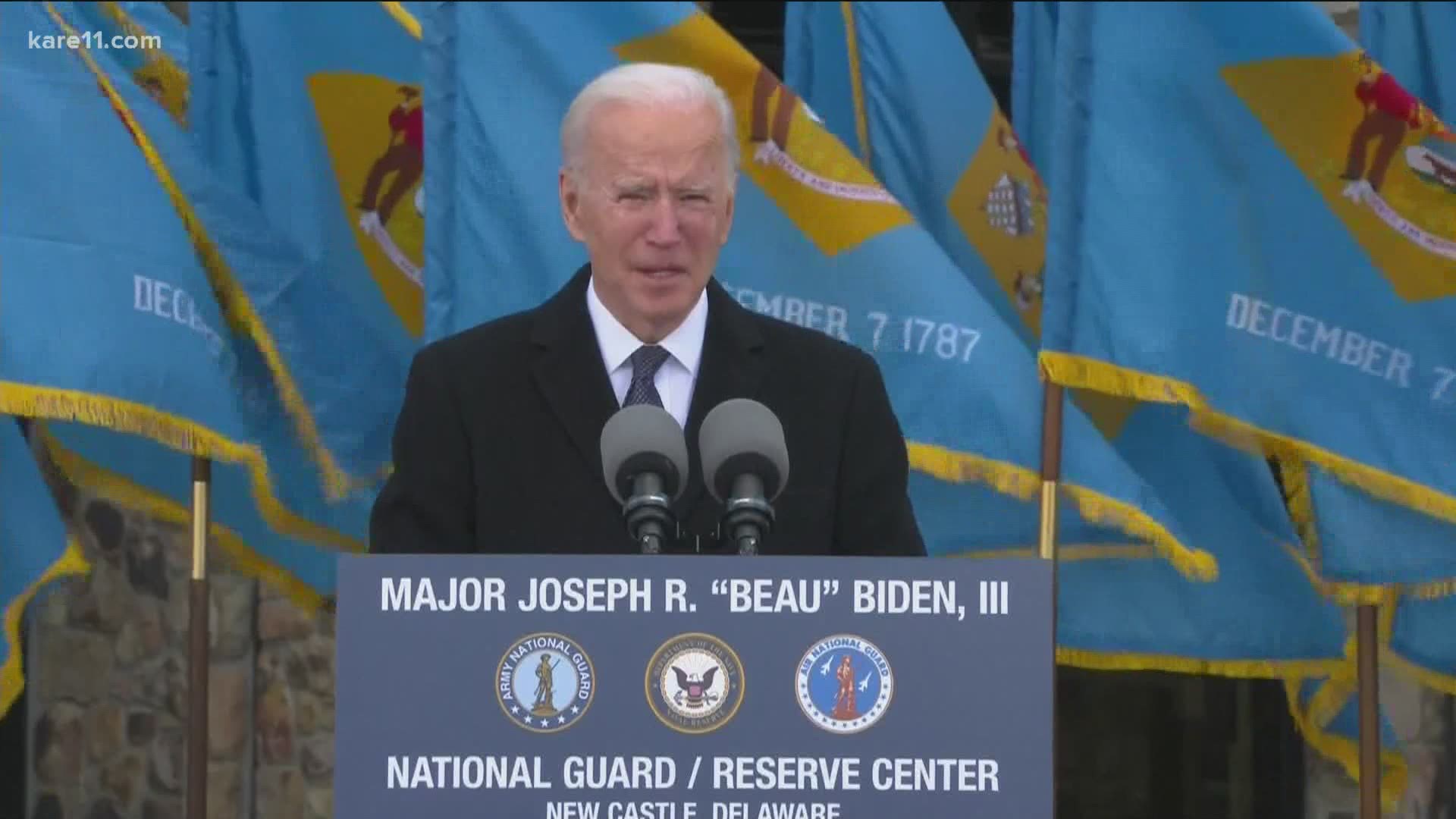 ST PAUL, Minn — On the eve of the inauguration, DFL leaders are calling on Republican leaders in Minnesota to acknowledge Joe Biden won the election fair and square, and to denounce fraud claims that were thrown out by courts across the nation.

“It's time for Republicans to stand up and protect our democracy,” DFL Chair Ken Martin told reporters in a Zoom press conference Tuesday.

Democrats acknowledge that most Trump voters believe the election was unfair, but they place the blame for that squarely on Republicans for the rhetoric they’ve used in speeches and interviews and for the election fraud lawsuits they’ve filed or supported.

“Each time they continue to spread misinformation and undermine the legitimacy of this election they show they are putting their oath to their party and to Donald Trump ahead of the American people.”

Martin and other Democrats cited a December 4 Facebook post by Senate Majority Leader Paul Gazelka repeating fraud claims and pointing to a story from Fox News about alleged misdoings in Georgia.

They also highlighted a November 19 press release from the Minnesota Republican Party that claimed irregularities because Biden outperformed previous Democratic presidential candidates in certain parts of the state.

Martin also noted that Rep. Hagedorn and newly elected Rep. Michelle Fischbach both voted to formally object to the Electoral College certification hours after the attack on the US Capitol by pro-Trump extremists which left five people dead, including a Capitol Police officer.

And there’s the case of Mike Lindell, the founder and spokesman for My Pillow. Lindell, who chaired President Trump’s 2020 Minnesota campaign, still contends that the president won the election by a sizeable margin.

“If Republicans are honest about wanting unity, we need their help to make it happen,” Sen. Melisa Franzen, an Edina Democrat, told reporters.

“That starts with Republican leaders here in Minnesota to clearly denounce the lies and the conspiracy theories surrounding the 2020 Election.”

While most Republicans have now acknowledged Joe Biden will be the next president, they continue to question the process that led to his election and have called for changes in election administration.

“As leaders we need to recognize that there is a swath of our population that believes the election maybe wasn't fair or the result maybe wasn't fair,” Rep. Kurt Daudt, the Republican House Minority Leader, told reporters Jan. 11.

“We don’t get to just decide that people are wrong, and they shouldn’t have the opinion that they have.”

Daudt and fellow GOP lawmakers want to see safeguards added that would prevent courts from implementing election rules without prior approval from the legislature.

“There are people who are questing those election law changes and the impact they had on the election,” Carnahan told KARE in an email message Tuesday.

“I don’t think it’s wrong for people to be involved in the system and worry about how the election was managed.”

Republicans still take issue with court rulings that temporarily made it easier to vote absentee due to the pandemic, for example the ruling that waived the witness signature requirement to cut down on personal contact between older voters.

“We need to focus on election laws, so I can't say that Minnesota followed election law or our (Electoral College) electors were appropriate when we didn't follow the law,” said Rep. Jeremy Munson of Lake Crystal.

He’s part of the New House Republicans Caucus in the Minnesota House of Reps. Members of that group also signed onto the Texas v Pennsylvania lawsuit. Members of that caucus also appeared at the “Storm the Capitol” rally at the Minnesota Capitol Jan. 6 and criticized Ramsey County Judge Sara Grewing for her consent decree that temporarily eased some election rules.

From the @USPS today, news that 135 million ballots were delivered by mail, and that 99.8% made it from voters to election offices within 7 days. https://t.co/ORaN6idJaC pic.twitter.com/pL13G7UmOE