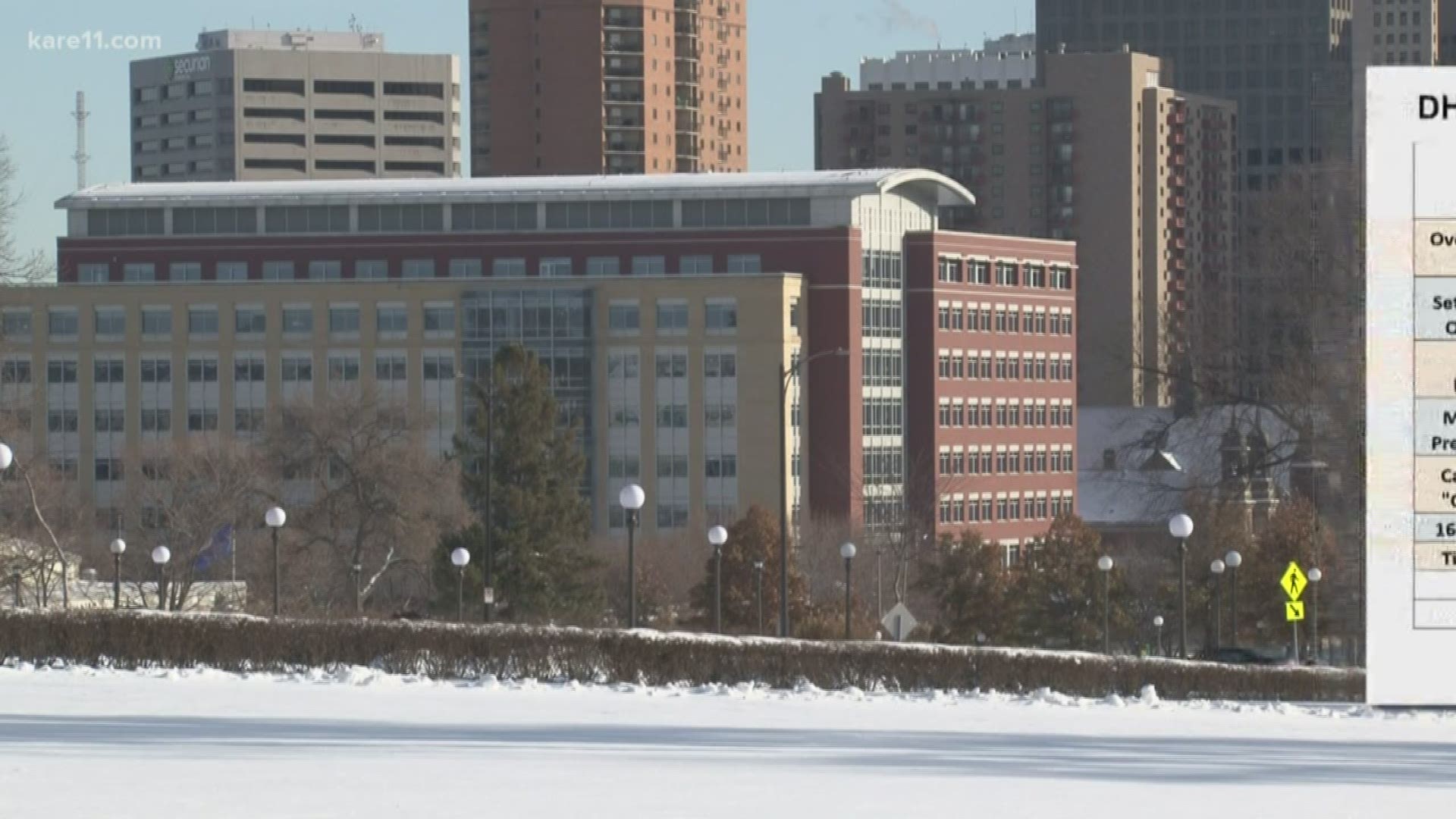 "Give us a chance to breath, give our employees the space to do that."

Harpstead took the reins at the DHS in September, inheriting a media firestorm over spending errors and a leadership shakeup in a department that serves one million of the state's residents in need of health care, nutrition and other services.

She spent her first 90 days on the job getting to know the agency and looking for ways to tighten accounting controls and expand relationships with constituents, partner agencies and lawmakers.

Republican lawmakers pressed Harpstead to hold someone accountable for the spending mistakes, including overpayments to tribal nations. Those errors occured over the past six years, but most only came to light this year after DHS was already in the spotlight for other controversies.

"I’m looking for that PJ Fleck moment when somebody says, 'The buck stops with me. I am accountable'!" Rep. Barb Haley, a Red Wing Republican, told Harpstead.

The response from Harpstead was immediate and firm.

"Let me say it now, the buck stops right here," she said, pointing at herself with both hands.

"We’re planning to use the best practices that we know that have been proven in other organizations to tackle these issues and move forward in a more trustworthy way."

At one point in the meeting, Harpstead acknowledged that some lawmakers want to split DHS into two or more smaller agencies that may be more manageable. She said Gov. Tim Walz will make an announcement "in the coming days" about that idea. She expressed confidence DHS can still function in its current configuration.

She also cautioned lawmakers against using the term "DHS fraud" in their rhetoric, because it falsely implies DHS employees were intentionally bilking the state for personal gain. The spending errors have been for services that were delivered.

The payment miscues that came to light so far this year total $106.5 million dollars, which amounts to one-tenth of one percent of the payments handled by DHS over that time period. But that statistic didn't win any points with Republican critics of the agency.

Rep. Nick Zerwas, an Elk River Republican set to retire at the end of this week, said the $29 million the tribes owe the state may be small percentage of the DHS budget but it's a major problem for those Native American Indian communities.

Harpstead repeated what she had said earlier in her presentation, that she apologizes for the overpayments that occurred from 2014 to 2018 for drug addiction treatment and the current repercussions.

"What I've said here is that I'm deeply sorry to our community partners, tribes and individual Minnesotans who've been impacted by these errors, and we need to get to the bottom of them."

Harpstead said DHS is doing a top-to-bottom review of how it handles transactions involving state and federal money that goes to counties and other contractors that deliver services to Minnesotans.

The commissioner also revealed that DHS Inspector General Carolyn Ham has been cleared of wrongdoing by an independent investigation. Ham was placed on leave and then reassigned pending an investigation into an unknown issue.

"The complaints against Carolyn Ham were recently closed and resulted in no disciplinary action," Harpstead told legislators.

Ham wasn't doing interviews with the media yet, but issued this statement through her attorney:

"I am happy that the DHS investigation is now over and has cleared me of any wrongdoing. As I said at the outset of this investigation, there was no wrongdoing on my part. This has been a very difficult time for me and I am thankful for all the people, particularly the many OIG staff, who continued to support me throughout this investigation. I have chosen not to return to the OIG so that both the staff and I can have a fresh start. I look forward to continuing to serve the people of Minnesota."

The only hint about the nature of the probe came in a report from the legislative auditor last session, which found a "serious rift" between Ham and some of the staff investigators who were looking for fraud in the state's Child Care Assistance Program, known as CCAP.

At least one of those investigators told the auditor that Ham refused to meet with him about child care fraud at Somali daycare centers. Ham told Minnesota Public Radio last spring that she was being made a scapegoat for all of DHS's woes.

In an interview with MPR News, Ham took issue with the report, saying she is being treated as a scapegoat for problems in the department.