Economist predicts net job loss from mine near BWCA 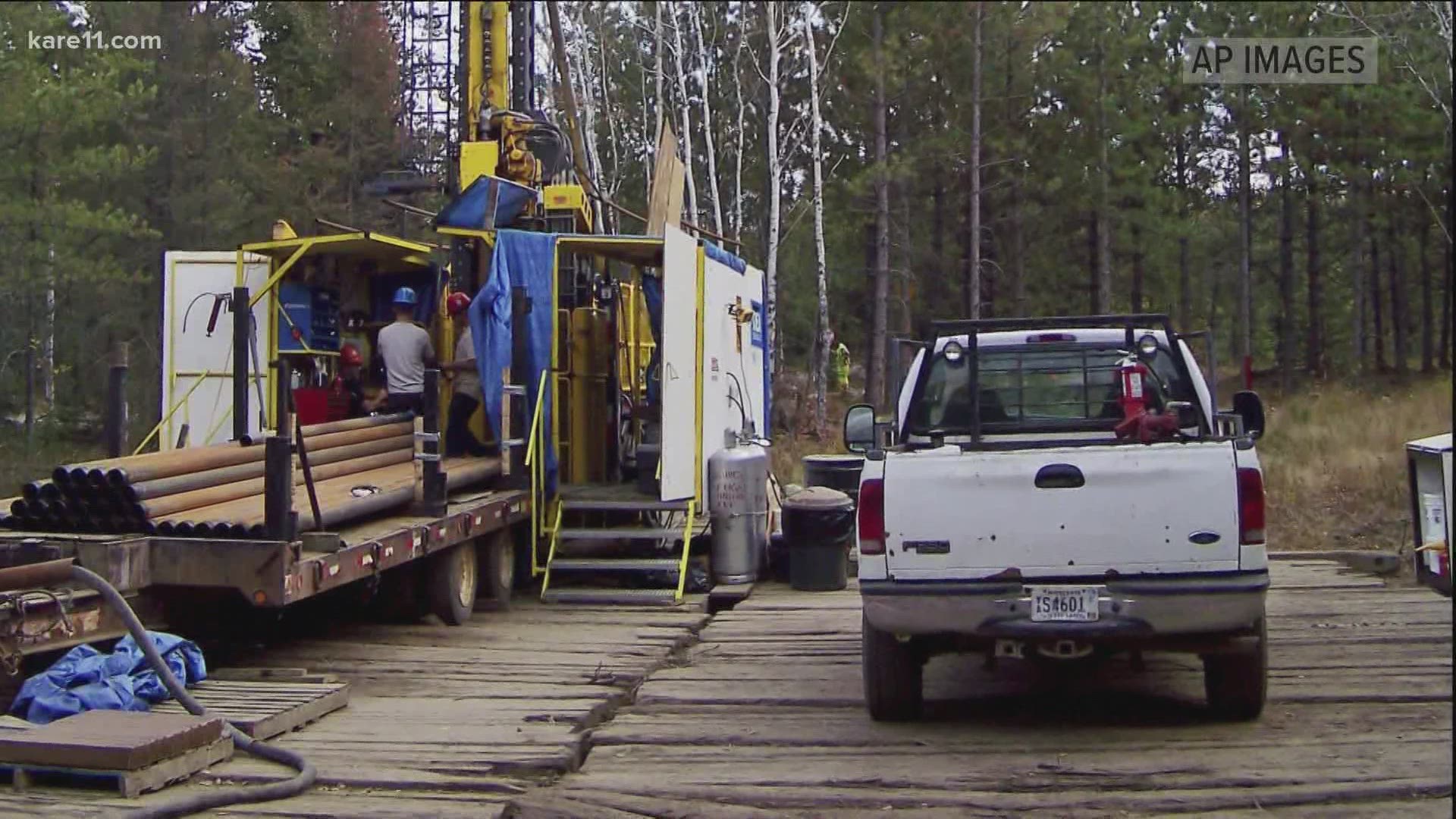 ST PAUL, Minn. — The company looking to build a copper-nickel mine near the Boundary Waters Canoe Area has drawn support from many in northeastern Minnesota because of the prospect of hundreds of high-paying jobs, both in the construction of the mine and operation of it.

But those who work in the wilderness and tourism industry tied to the BWCA contend the Twin Metals mining operation would drive visitors and small businesses away, and ultimately cost the state more jobs than it creates.

"There would be declines in tourism due to the adverse amenity effects, and also the potential for water pollution," Harvard economics professor James Stock told reporters Wednesday at a press conference sponsored by the Save the Boundary Waters coalition.

Stock, who served on President Obama's Council of Economic Advisors, recently published a peer-reviewed study examining what happened in other areas where mining occurred near outdoor tourism destinations.

Save the Boundary Waters estimated that 17,000 jobs are linked to the recreational industry in the BWCA area, and that it generates $900 million in economic activity each year.

The Twin Metals Mine near Ely would be the first underground mine in half a century in Minnesota, and one of the first to extract precious metals rather than iron ore or taconite. Mining within the Boundary Waters is already banned, so Chilean conglomerate Antofagasta has set up shop just outside that area, with plans to dig into the Maturi Deposit for copper, nickel, cobalt and platinum.

Environmental groups have fought the idea for the past decade because the mine would be inside the BWCA watershed. In other words, it would occupy land that drains into waterways that feed into the Boundary Waters.

"In this past year of COVID and disruption and everything that's been happening nationwide, it is clearer than ever how much people value the outdoors," Patagonia Vice President Hans Cole remarked.

But Twin Metals and mining industry groups assert a modern, state-of-the-art mine can coexist with the outdoor recreation industry, with minimum disruptions. They also say Minnesota can play a key role in providing precious minerals needed as the nation transitions to more renewable energy sources.

"As the Biden administration has highlighted in its Executive Order on America’s Supply Chains, domestic mining projects like the one proposed by Twin Metals Minnesota are critical to our nation’s ability to secure much-needed, responsibly sourced minerals, particularly for our transition to a green energy economy and for our national security," read a statement issued by Twin Metals' Minnesota office Wednesday.

"Mining and tourism together can drive the economic success of this region. It’s not an either/or proposition – we can mine these critical minerals and protect the environment."