Getting a lot of political texts? Here's how to make them stop 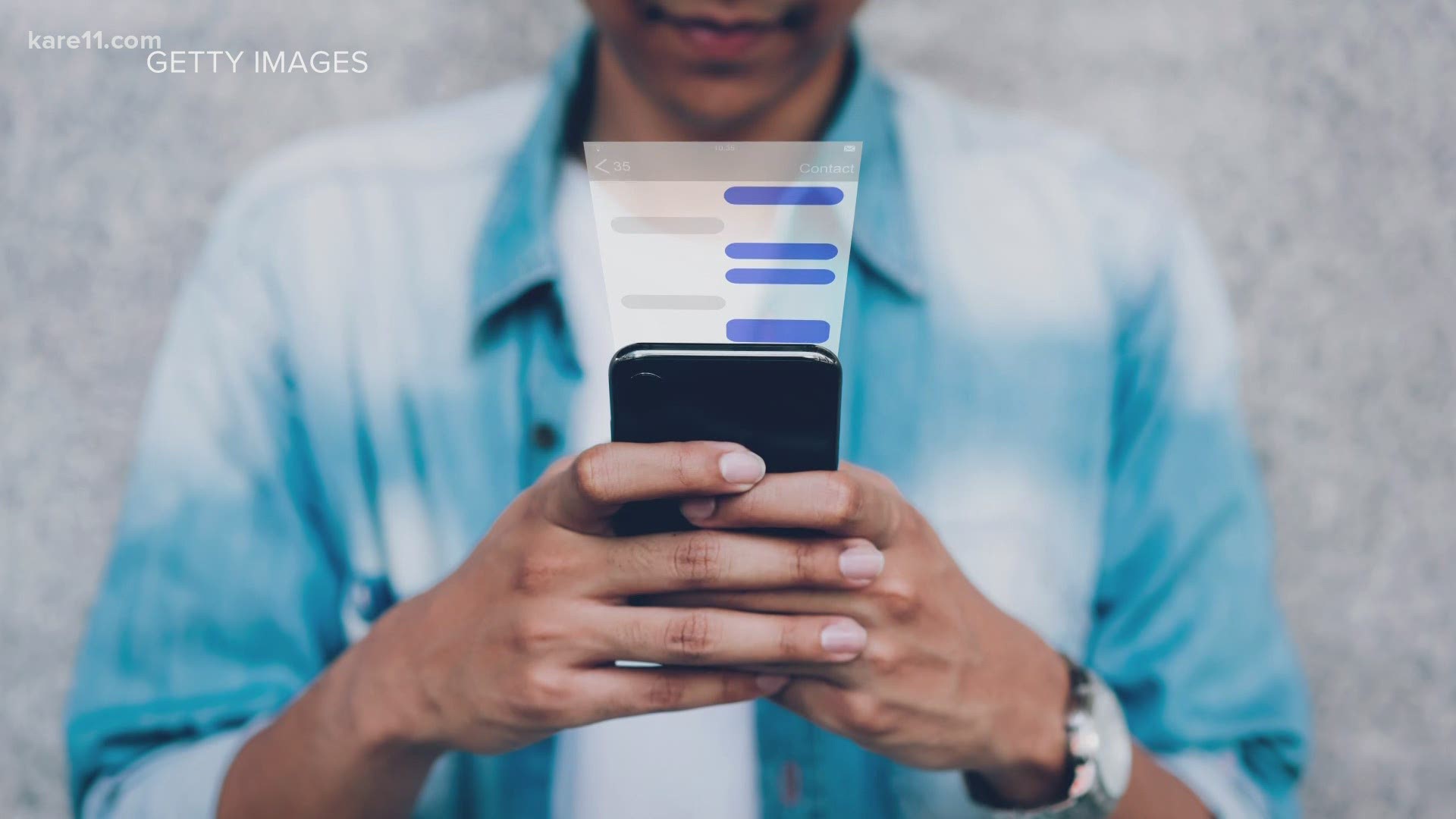 MINNEAPOLIS — If your phone has been blowing up with political texts, you're not alone.

"Phone banking and text banking are really our modes of connecting with voters this cycle," said Steph Kennelly, the South Metro Lead for Moms Demand Action, a nonpartisan group which advocates for gun reform and supports candidates who align with that mission.

With the pandemic, supporting candidates this election cycle has meant a lot of text messaging, said Kennelly.

"Normally, like in 2016 ... I would door knock," she said. "Now, we're just really trying to be respectful of people's boundaries. So, we're not doing any door knocking."

Campaigns and groups access public voter registration information, which can include your phone number. The FCC allows it, as long as they aren't using auto-dialing technology and the message is coming from a real person.

Many campaigns use software or apps which make the texting process easier for volunteers.

"They assign you a batch of texts, usually about 200 at a time. So, you kind of just hit send, send, send, send, send ... and then kind of wait for the responses to come back," said Kennelly. "So, I will send a batch, get dinner going, come back, check and see if anyone has responded."

Kennelly says the process starts with a "generic" message, but then lets her engage with voters if they respond.

"Our goal is to really give them the information on how to access a ballot, how to return it, what the options are for early voting, absentee voting, and then engage in a conversation around educating on the candidate," she said.

Not interested? Kennelly has some advice on how to opt out.

Don't respond to the text or answer the call?

"You could be coded as 'undecided' and then put back in the queue," Kennelly said.

However, depending on how many you get, responding to each political text or phone call can be daunting.

But there is a simpler way, Kennelly says: Vote early.

"So, I turned my ballot in last week," she said. "So, I'm now taken off all the calling and texting lists, because they know I've already cast my ballot."

The Minnesota Secretary of State's Office told KARE 11 a list of "accepted" absentee ballots is updated daily before the election, once a voter's ballot is accepted.

Once you vote absentee, either in-person or by mail, and your ballot is accepted, it is added to the list. If campaigns get that list, they can know who has already voted, according to the Secretary of State's Office.

RELATED: Federal hearing over the Minnesota mask mandate at the polls

RELATED: 2020 Voter Guide: What to know about Minnesota's elections