A new KARE 11/MPR News/Star Tribune Minnesota Poll shows 55% of Minnesotans think the Senate should not vote to confirm Trump’s nomination before the election. 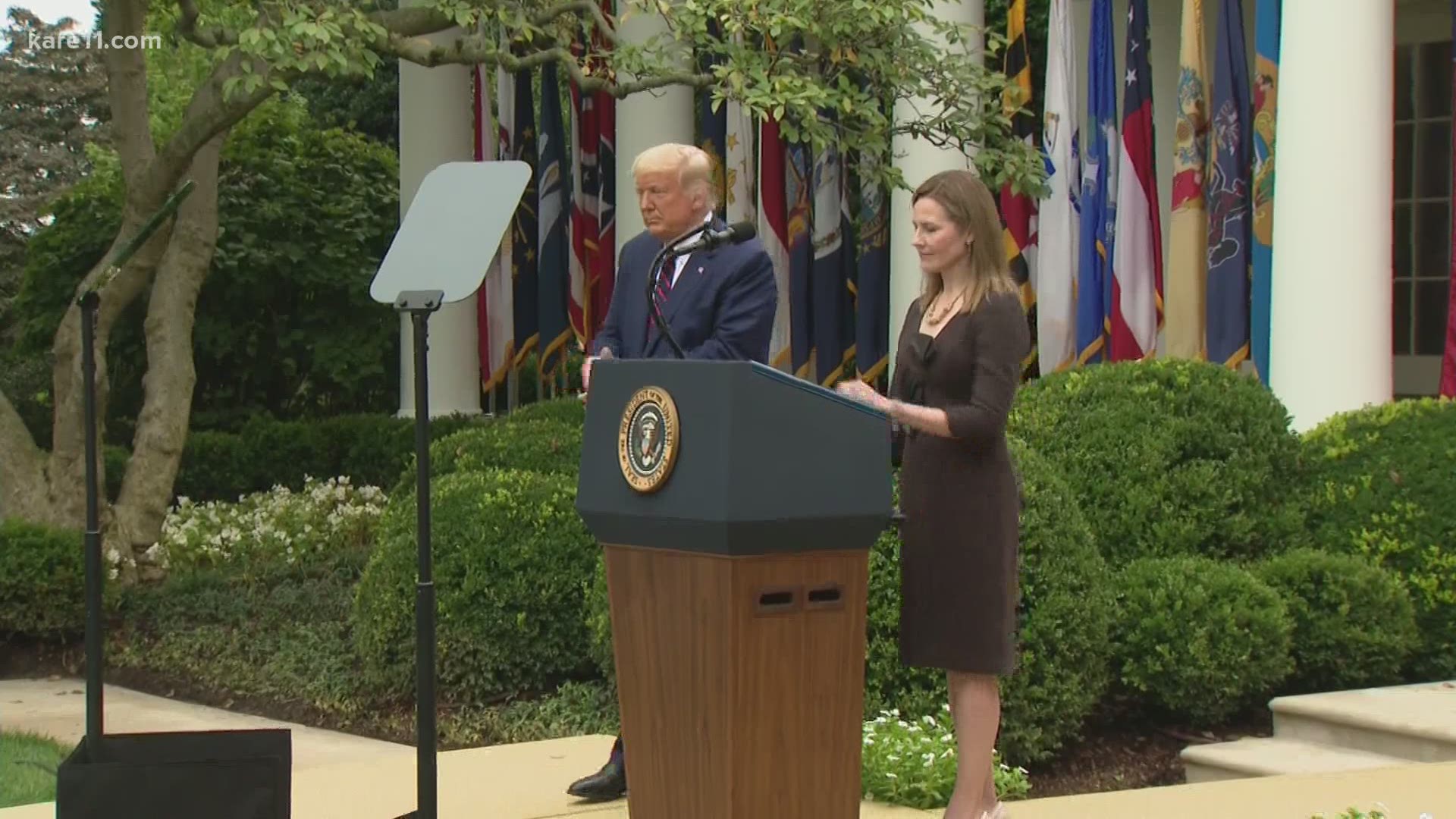 Trump wants the Republican-led U.S. Senate to vote to confirm Coney Barrett before the November election.

But a new KARE 11/MPR News/Star Tribune Minnesota Poll shows a majority of Minnesotans do not agree that should happen.

By a margin of 55-39%, Minnesota voters surveyed in the poll believe the vote should wait until after the election. Six percent said they are not sure.

That margin is wider than the same poll found the race between Sen. Joe Biden and Trump for president. Biden leads in Minnesota, 48-42%, according to the poll.

And among independents – a majority thought the vote should wait. By a margin of 54-37%.

The KARE 11/MPR News/Star Tribune Minnesota Poll was conducted via phone by Mason-Dixon Polling and Strategy, surveying 800 registered Minnesota voters by phone (both landline and cell) from Sept. 21-23, 2020.

The poll has a margin of error of plus-or-minus 3.5 percentage points. That means there is a 95% probability that the "true" figure would fall within that range if every single voter were surveyed. The margin of error is higher for subgroups like age and gender.

RELATED: Poll: Most Minnesotans still plan to vote in person this November