Jill Biden and Donald Trump, Jr. were both scheduled to make campaign stops in the state on Wednesday. 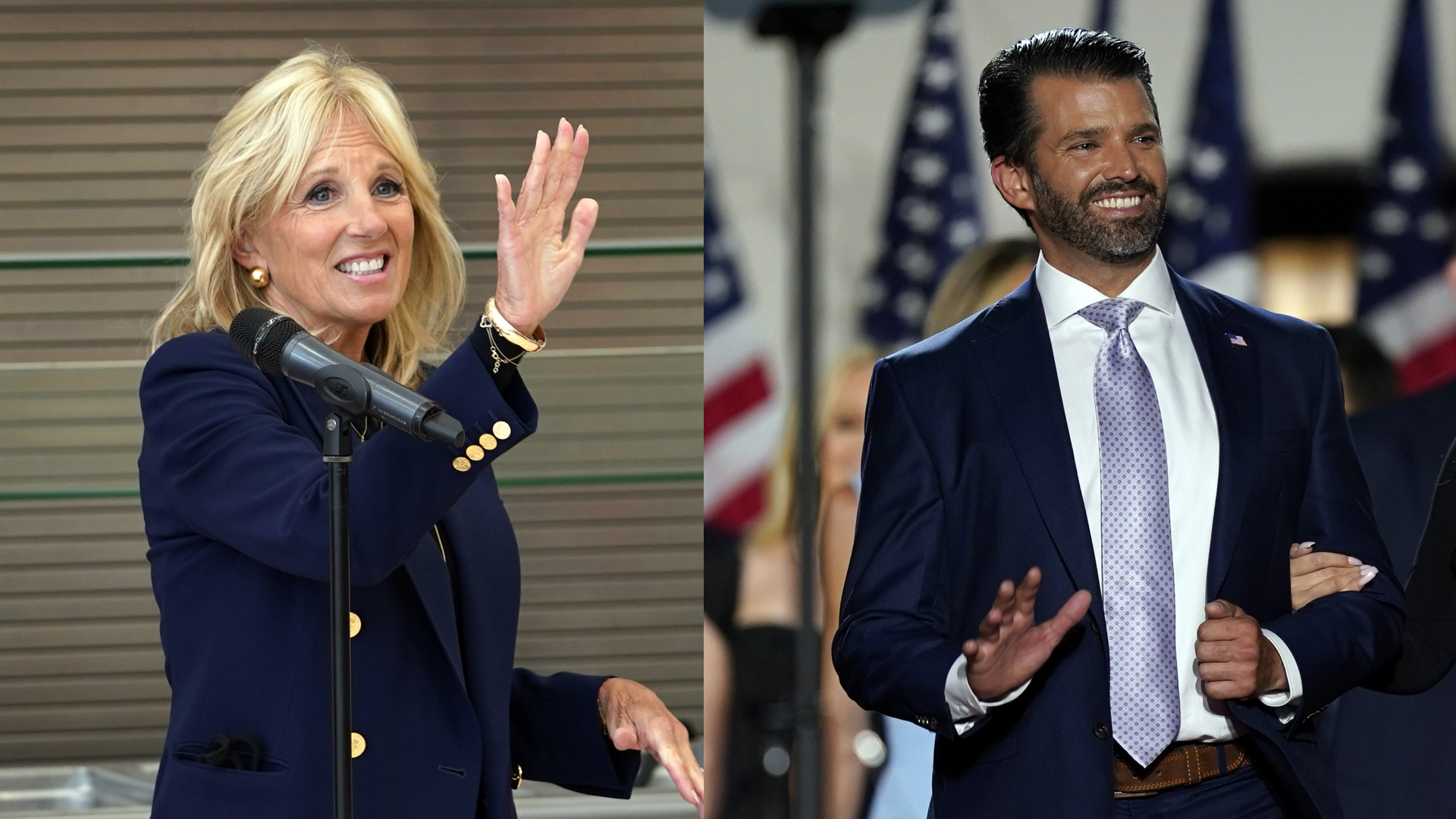 PRIOR LAKE, Minn. — As the race for Minnesota's 10 electoral votes appears to be tightening ahead of the November election, the presidential campaigns are putting increased focus on the state.

On Wednesday, the campaigns for President Donald Trump and Democratic nominee Joe Biden both sent surrogates to Minnesota to campaign on their behalf.

Former Second Lady Dr. Jill Biden stopped at Jeffers Pond Elementary School in Prior Lake as part of her back-to-school tour, where she was joined by Gov. Tim Walz, Sen. Amy Klobuchar and Rep. Angie Craig, along with local educators. Dr. Biden, a former teacher, talked with educators about the challenges they're facing during the COVID-19 pandemic.

Despite some recent polls showing the close race, Dr. Biden told reporters she's confident her husband will carry Minnesota. Democratic candidates have carried the state in every presidential election since 1976.

Dr. Biden also told reporters that she expects her husband will personally campaign in Minnesota.

On the Republican side, Donald Trump, Jr. is scheduled to campaign in Duluth on Wednesday evening for his father. He's scheduled to speak at the Duluth Entertainment Convention Center around 5 p.m.

The Trump campaign also announced that the president's daughter-in-law, Lara Trump, will host a campaign stop in Minneapolis on Thursday.