The president is returning to Minnesota, a state both he and Joe Biden have their sights on this November. 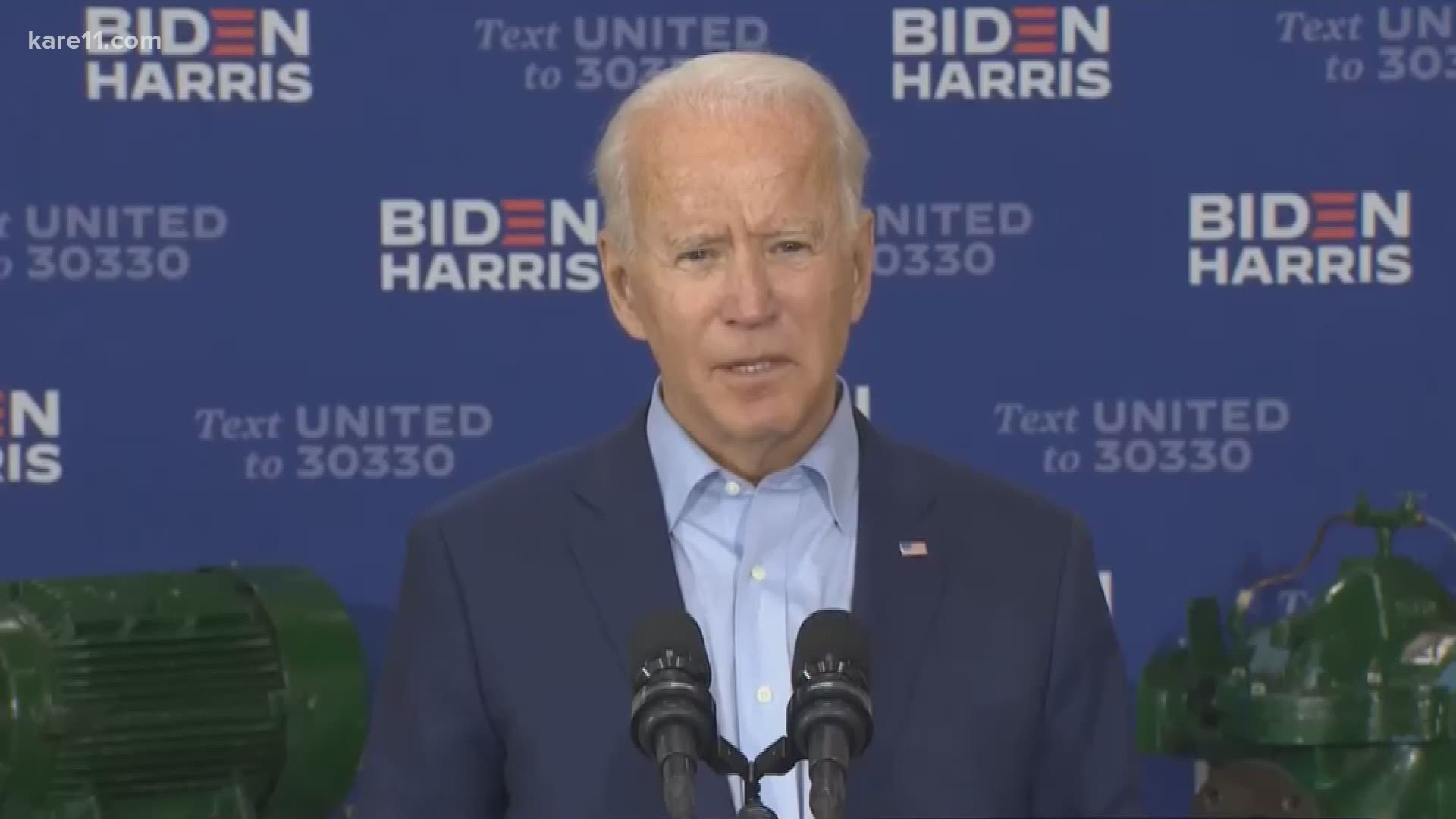 MINNEAPOLIS — President Donald Trump is headed back to Minnesota this week, this time visiting Minneapolis and Duluth.

Minnesota has been a destination for the presidential candidates in recent weeks, with both Trump and former Vice President Joe Biden seeking to win the state this November.

Trump is expected to touch down in Minneapolis at 1:15 p.m. Wednesday, Sept. 30. He had already announced that he will be in Duluth to speak at a "Make America Great Again" event at 8 p.m. Wednesday, at the Duluth International Airport.

Doors open for that event in Duluth at 5 p.m. It it not yet clear what Trump will be doing in Minneapolis beforehand.

Trump's Minnesota visit will be his third since March and his second in two weeks. Biden also stopped in Duluth just over a week ago, and Vice President Mike Pence visited Minneapolis on Sept. 24.

"(Minnesota) is a battleground state. It's not necessarily a swing state yet," said David Schultz, professor of political science at Hamline University, "It's clearly a state that both sides think they can win."

Minnesota last swung Republican in the 1972 presidential election for Richard Nixon. But Trump came close in 2016.

A recent KARE 11/MPR News/Star Tribune Minnesota Poll found that Biden currently holds a 6% lead over Trump in Minnesota, but a wide gap between urban and rural opinion is clear.

RELATED: Why Minnesota is getting so much attention this presidential election

On Saturday, Trump will also return to Wisconsin. Campaign events are planned in both La Crosse and Green Bay. He's expected to speak at La Crosse Regional Airport at 3:30 p.m., then at Green Bay Austin Straubel International Airport at 6 p.m.