Officials: Drop off your Minnesota absentee ballot in person because it's too late to mail

If you didn't get your absentee ballot in the mail by Tuesday, Oct. 27, there are several options for returning it in person. 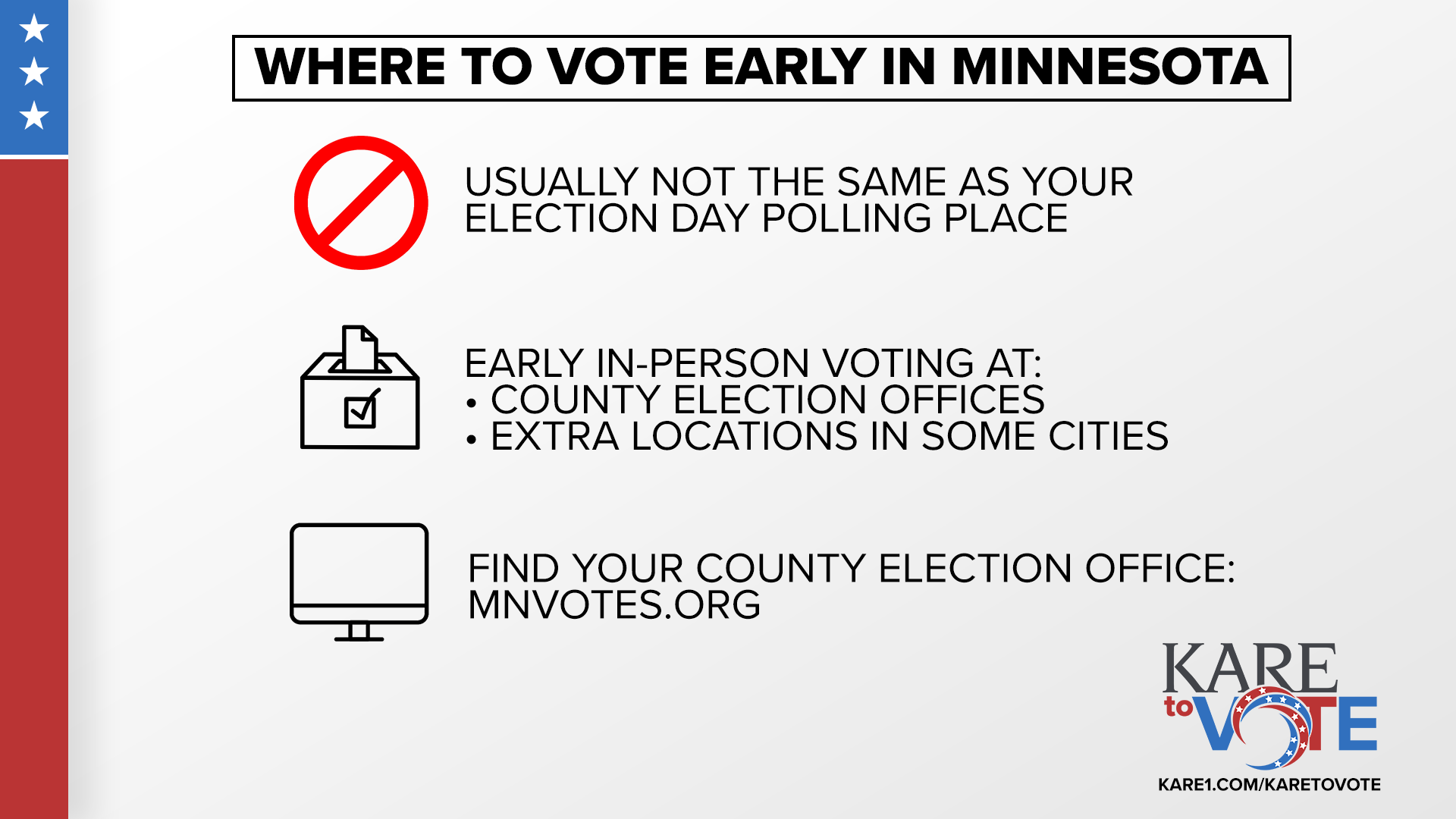 Voting officials are telling voters not to mail them anymore.

Minnesota Secretary of State Steve Simon told KARE 11 that if people were not able to mail their ballot by Tuesday, Oct. 27, they should deliver it in person to an early voter center or a drop-off location to ensure that it is counted. Katie Lauer from Minneapolis Elections and Voters Services said the same.

In a ruling on Oct. 29, a federal appeals court cast doubt on whether absentee ballots received after Election Day would be counted. The Secretary of State now recommends voters return all ballots by Nov. 3.

Mail your ballot back today, or drop it off at a ballot drop-off location by 3 p.m. Election Day, Nov. 3. https://t.co/Em93Hpka0u https://t.co/VXPzwykZYS

A grace period was put in place by Ramsey County District Judge Sara Grewing in June to give city and county elections staff enough time to process the expected record numbers of absentee ballots coming in by mail due to COVID-19.

However, a lawsuit filed by Rep. Eric Lucero and GOP party activist James Carson argues that the grace period is in conflict with state laws dictating that general elections must end at 8 p.m. on a Tuesday. When the lawsuit failed to win an injunction against the grace period, the plaintiffs appealed.

On Monday in a similar case in Minnesota's neighboring state, the Wisconsin Supreme Court blocked the ballot extension plan.

NBC reporter Geoff Bennett also reported Tuesday that voters should plan to hand in their ballot personally instead of mailing it at this point, with delays in USPS service nationally.

US Postal Service on-time delivery times for First-Class Mail have dropped again — now nearly as bad as the worst period this summer. If you are voting absentee and haven’t returned your ballot, experts say drop it off in person. Do not rely on #USPS delivery at this point.

For Minnesota voters who have an absentee ballot but haven't mailed it, there are other options for turning it in.

Voters can go to an early voting center to turn in their ballot. That could be a county election office, but some cities and towns also provide in-person absentee voting locations. Those locations legally have to be open the last Saturday before Election Day from 10 a.m. to 3 p.m., and the day before Election Day - Nov. 2 this year - until 5 p.m. However, voters should check with their local jurisdiction for exact hours.

Voters can also go to a ballot drop-off location in some places, like Minneapolis, until 3 p.m. on Election Day.