Poll watchers are legal, but limited in Minnesota

Poll watching is a regular practice of political parties, but there are specific laws and regulations on what they can do. 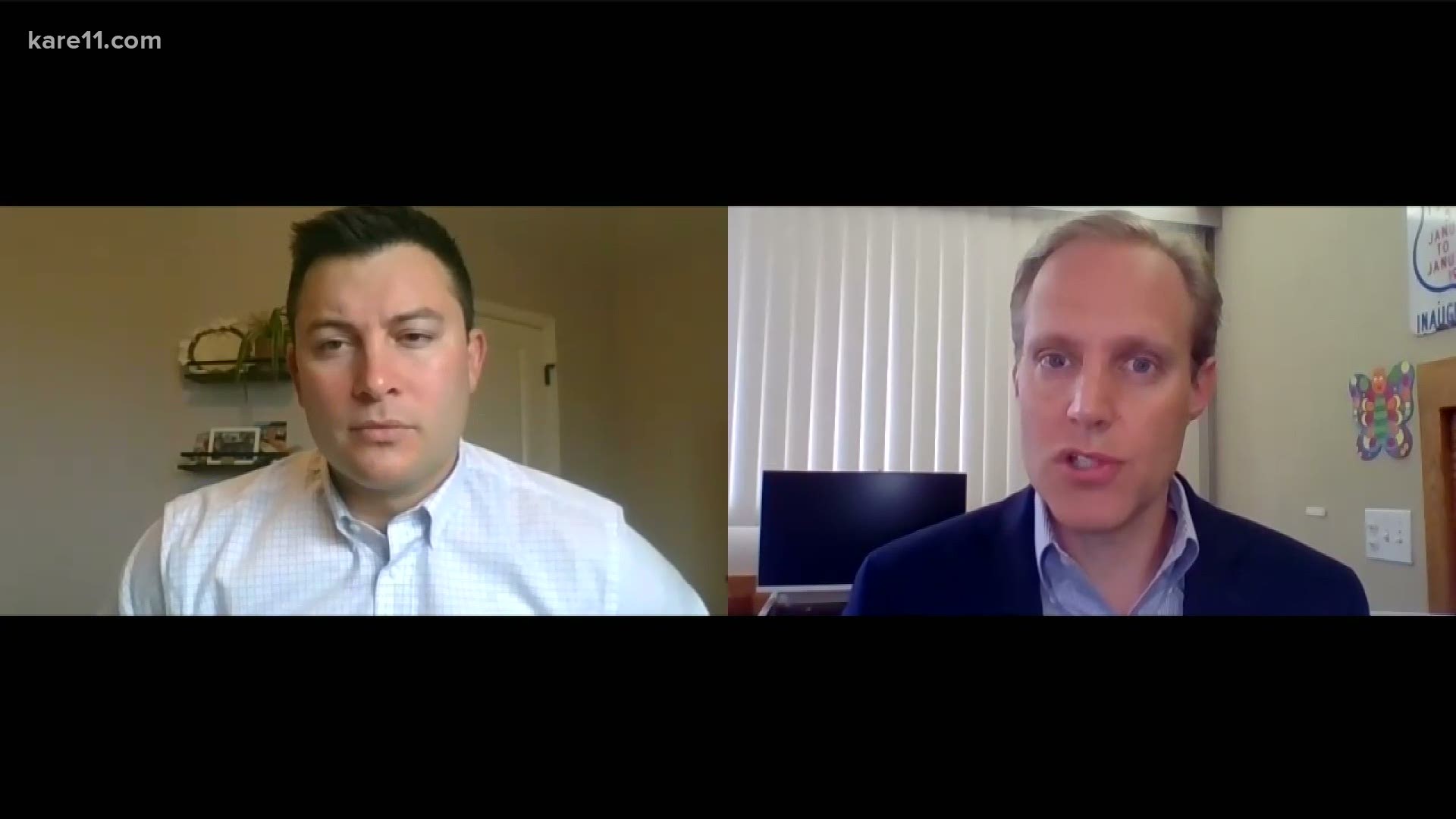 ST PAUL, Minn. — President Trump has routinely called for an army of volunteers to help watch the polls on Election Day. That's led viewers to ask the KARE to Vote team about the laws around poll watchers, and what you can expect to see at your polling place.

Poll watching is a legal and regular practice of political parties.

"We have been recruiting hundreds, actually thousands of folks all across Minnesota," said Minnesota Republican Party chair Jennifer Carnahan. "The biggest goal is to make sure that at the polls people have comfort, that there's security, transparency and fairness going on Election Day."

But there are specific laws and regulations guiding how poll watchers, or "challengers" as they are officially called, can operate.

According to the law, each major political party in Minnesota (there are four), is allowed one designated challenger at a polling place.

"It can't be based on a hunch or a whim, or bad feeling or guess, it has to be based on a personal knowledge," said Minnesota Secretary of State Steve Simon, who's in charge of the state's elections.

Simon says challengers must have "personal knowledge" to back up why they are challenging someone's vote. The challenge has to be put in writing and presented to an election judge.

"For example, it's OK if a challenger said 'I know her. She lives in my neighborhood. She's 17 years old.' 'I know she's not 18.' Or, 'I know him. A couple years ago at our National Night Out party he was showing everyone his Norwegian passport. He's not even American.' That's fine. But it's not OK to say 'Hey I just don't get a good feeling about her.' Or 'Hey, that guy was speaking a language other than English in the hallway outside.' That's not enough, it's got to be based on personal knowledge," Simon said.

Also, it is against the law to have law enforcement or private security pre-emptively posted at polling locations.

All polling places are to be, as the Supreme Court has described, "an oasis of calm."