More than 200,000 Minnesota voters will not have a local polling location this year. 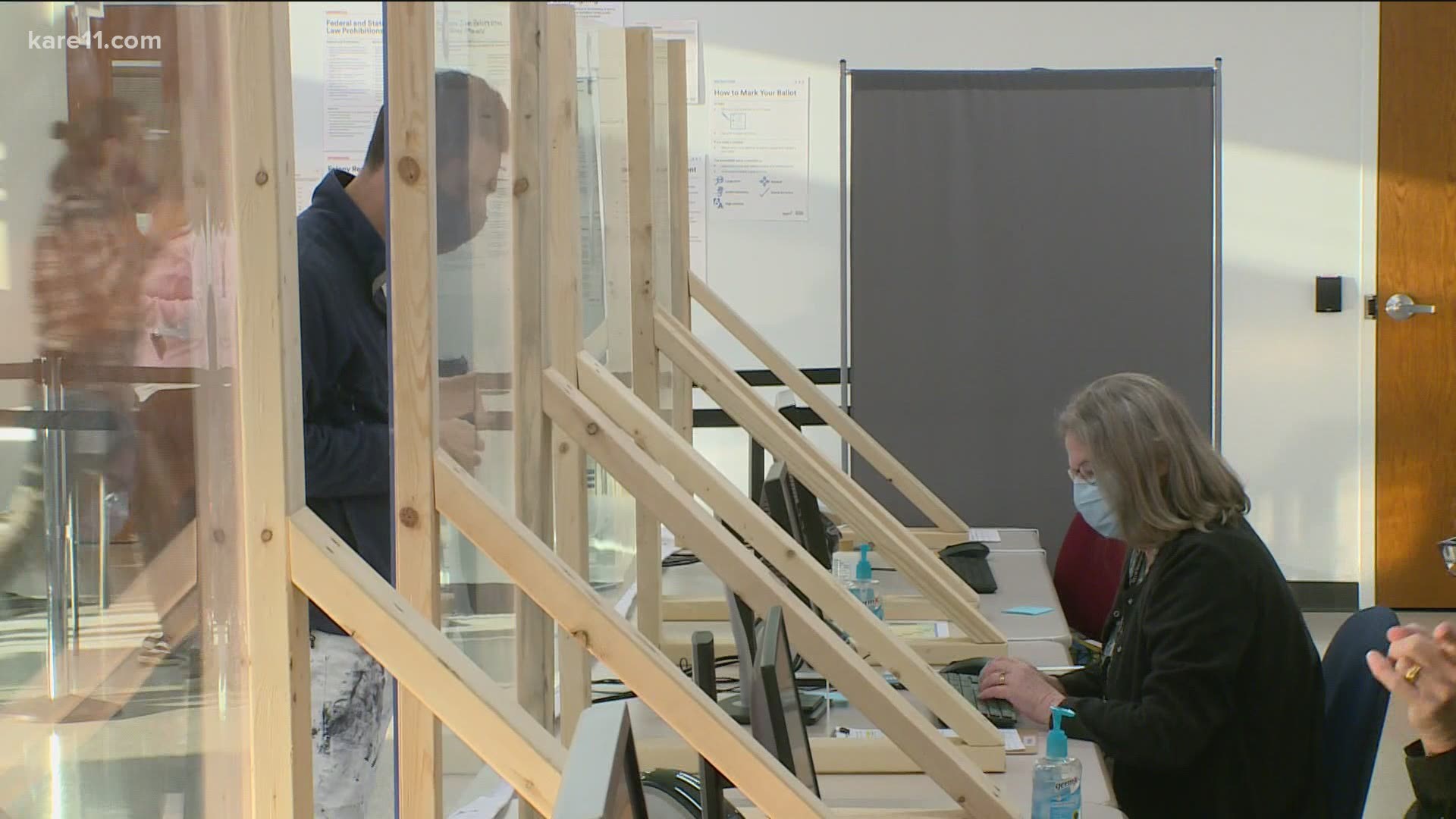 MINNESOTA, USA — Imagine going to your polling place on Election Day, only to find out that it's closed.

That's a real concern for some voters in small towns that are making the move to 'mail-in only' this year due to COVID-19.

The ‘mail-in only’ option has been around since 1987, but the Minnesota Secretary of State’s Office says they’re seeing a large increase in townships and small municipalities that are going ‘mail-in only’ for the first time.

“Holding an election is very costly. The equipment alone can be $10,000 and for some small towns that’s just too much money,” Secretary of State Steve Simon says.

A ‘mail-in only’ election basically means that voters will not have a local polling location where they can vote in-person.

They can either vote in-person at their county seat on Election Day, or they can vote by mail.

Simon says 1,345 townships and small municipalities have decided to do ‘mail-in only’ this year.

"If they're already registered then they will automatically get a ballot sent to them they don't have to request it, it will come to them,” Simon says.

But what happens if you’re NOT registered?

"You can either vote on Election Day, that's Tuesday November 3rd, at your county seat or you can go to our website which is MnVOTES.org and you can order an absentee ballot to come to you,” Simon says.

Stearns County in Central Minnesota has 31 townships and municipalities that will conduct their elections ‘mail-in only’ this year.

“I think the precincts that are new to mail balloting are still trying to understand all of the details about it,” Schreifels says.

That’s why he and other rural election officials are working to get the word out to voters.

But for some voters who live on the opposite side of Stearns County that could be a 30 to 50 minute drive one way.

That’s why Schreifels says it's important to make a plan now.

"It's to their advantage to register and get on that roster. It just makes everything easier for them and for us,” Schreifels says.

If you're planning to register to vote on Election Day, you'll need an ID and proof of your current address.

That can be a utility bill, a mortgage payment, pretty much any formal document with your name and your current address on it.